Armbruster, Jonathan W., 2008, The genus Peckoltia with the description of two new species and a reanalysis of the phylogeny of the genera of the Hypostominae (Siluriformes: Loricariidae), Zootaxa 1822 (1), pp. 1-76: 29-32

Color: Base color light tan with brown to black markings. Four dorsal saddles on the body, the first below the middle rays of the dorsal fin, the second below the posterior rays of the dorsal fin and slightly posterior, the third below the adipose fin and slightly anterior, and the fourth at the end of the caudal peduncle. Third and fourth bars may have anterior extensions or have an anterior projection making them h -shaped. Fourth bar combines with first band of caudal dorsally. The first two saddles combine midbody. All fins with dark bands with dark and light areas ranging from approximately equal width to dark bands wider, caudal bands may be irregular. Number of bands increases with size. Dark spot present between dorsal-fin spinelet and spine. Abdomen with large spots that combine to form thick longitudinal lines (usually one almost continuous central line and lines on each side). Lower surface of caudal peduncle with dark blotches formed from the lower extensions of the third and fourth dorsal saddle, the anterior extensions of the third and fourth saddles, and accessory blotch between the third and fourth saddles. Juveniles colored as adults, but without anterior extensions of the third and fourth dorsal saddles, without spots on the abdomen, and with the spots and lines on the head less numerous.

Range. Known from the Río Ventuari of Venezuela and the Río Iniridá of Colombia ( Fig. 8 View FIGURE 8 ).

Habitat. Specimens collected in Venezuela were from rocky riffles.

Etymology: Lineola is Latin for little line, refers to the short lines on the compound pterotic. FIGURE 8. Distribution of Peckoltia braueri (triangles), P. caenosa (circles), P. cavatica (squares) and P.lineola (diamonds). Open symbols are type localities; the type locality for P. braueri is not adequate to plot on the map. Symbols may represent more than one locality 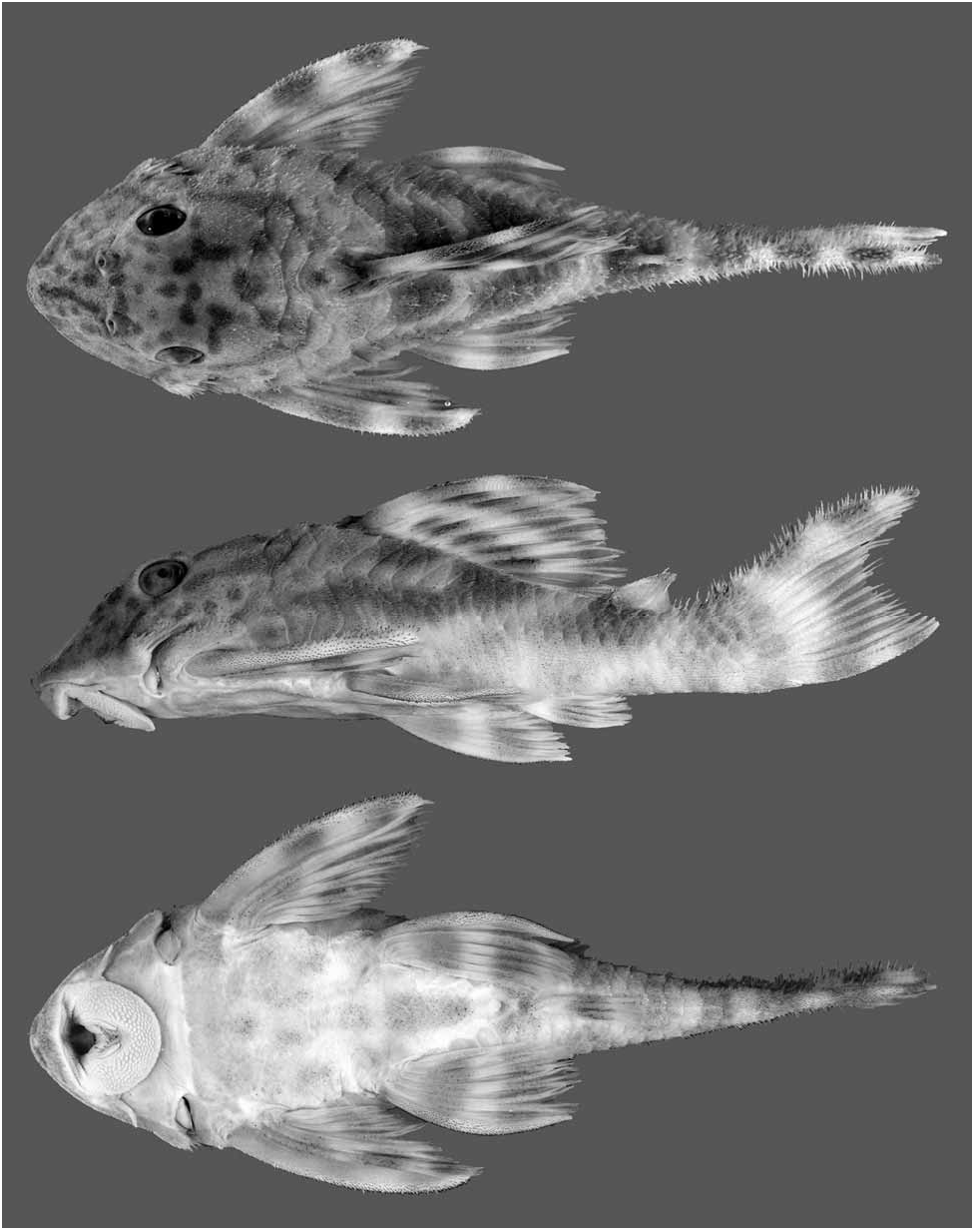