Diagnosis. Th is species is easily recognized by the mostly uniform, ochraceous pubescence on the pronotum and basal 1/5 of the elytra, the small, postmedial black macula near the elytral suture, the transversely truncate elytral apices, and the pronotum with very weak, rounded lateral tubercles. Other unique features of this species are the antennal scape that lacks a distinct apical, dark annula, and upper eye lobes which are very close together.

Head: Covered throughout in dense, appressed, mottled tawny, white, and ochraceous pubescence, with exception of narrow, median-frontal line extending from fronto-clypeal margin to between lower eye lobes and short, glabrous frontal-genal line extending from anterior tentorial pits along anterior margin of genae, to base of mandible. Pubescence on frons and vertex much finer than that on genae. Antenna: covered with dense, appressed, mottled white, tawny, and dark brown pubescence; annulate at apex and base of most antennomeres with exception of scape and usually antennomeres 2 and 3. Last antennomere uniformly dark in females, without annulae, similar in color to apex of penultimate antennomere; in males, antennae uniformly light or slightly paler at base than apex. Antennae long; typically extending beyond apices by 5-6 antennomeres in males and 4-5 in females. In both sexes, last antennomere shorter than penultimate. Antennal scape extending to posterior 1/3 of pronotum. Eye: lower eye lobe slightly less than height of gena below it; over 2 × height of upper eye lobe; lobes connected by 5-6 rows of ommatidia in most specimens. Upper eye lobes very close together, separated by much less than greatest width of scape. Mouthparts: frontoclypeal margin with fringe of short pubescence extending about halfway to base of labrum; clypeus without pubescence except at extreme base. Labrum covered with short, mostly appressed, white or ochraceous pubescence with 8-10 long, suberect, translucent setae.

Abdomen: Ventrites covered with mottled, appressed, off-white and ochraceous pubescence. Fifth ventrite of females about 2 × as broad as long; weakly narrowed or extended at middle, with glabrous midline at base, extending toward apex for 1/3 or more of overall length.

Distribution. Endemic to Hispaniola  , this species is known only from the Cordillera Central and Barahona Peninsula of the Dominican Republic ( Map 10View Maps 9-10).

Remarks. Th is species has been collected from June through August by blacklighting, beating at a tree fall, and sampling from dead tree trunks and large branches.

Etymology. Th e name is a compound Latin noun that refers to the fulvous elytral base. 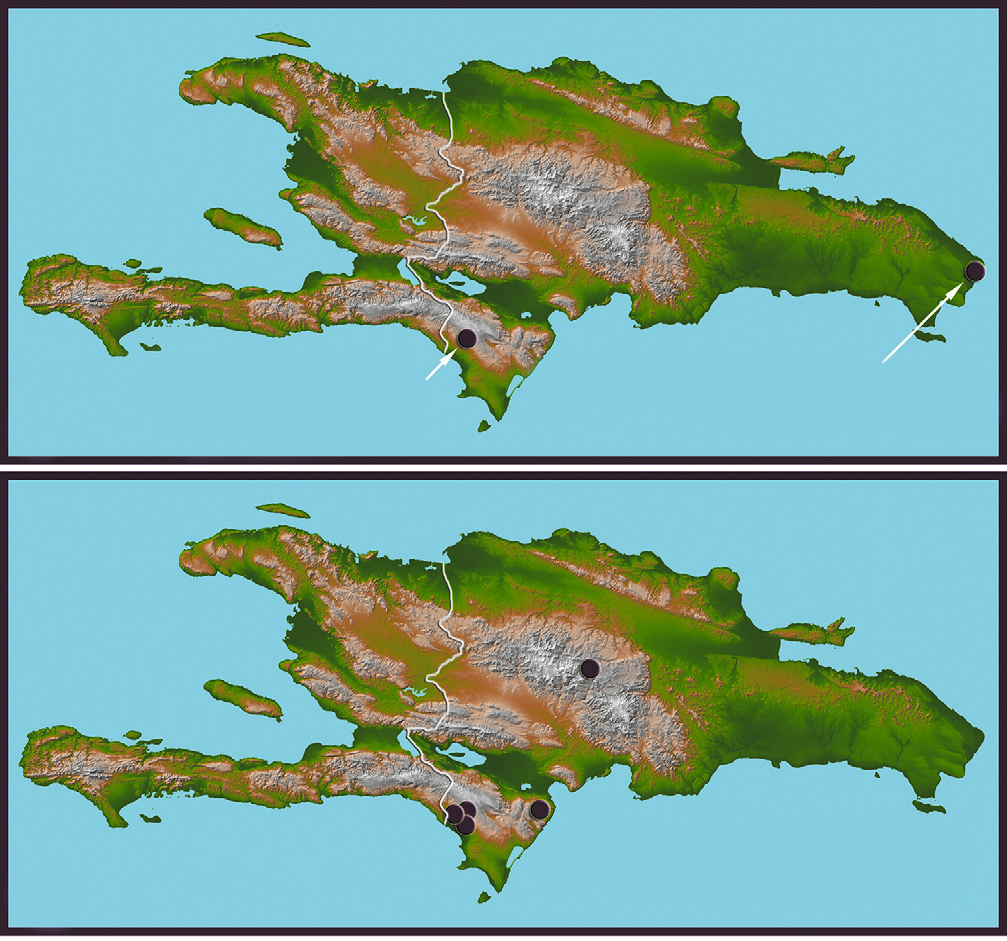 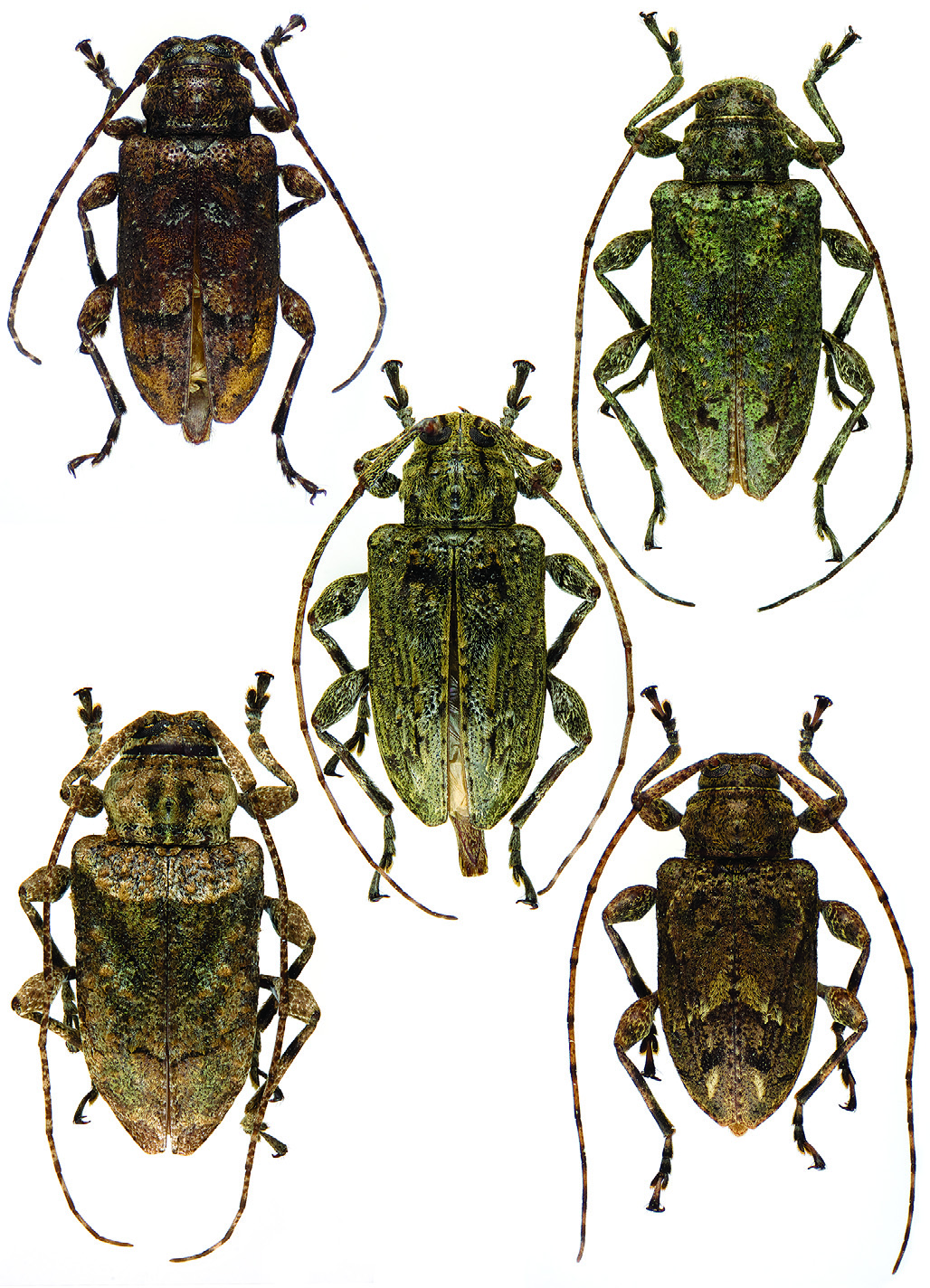 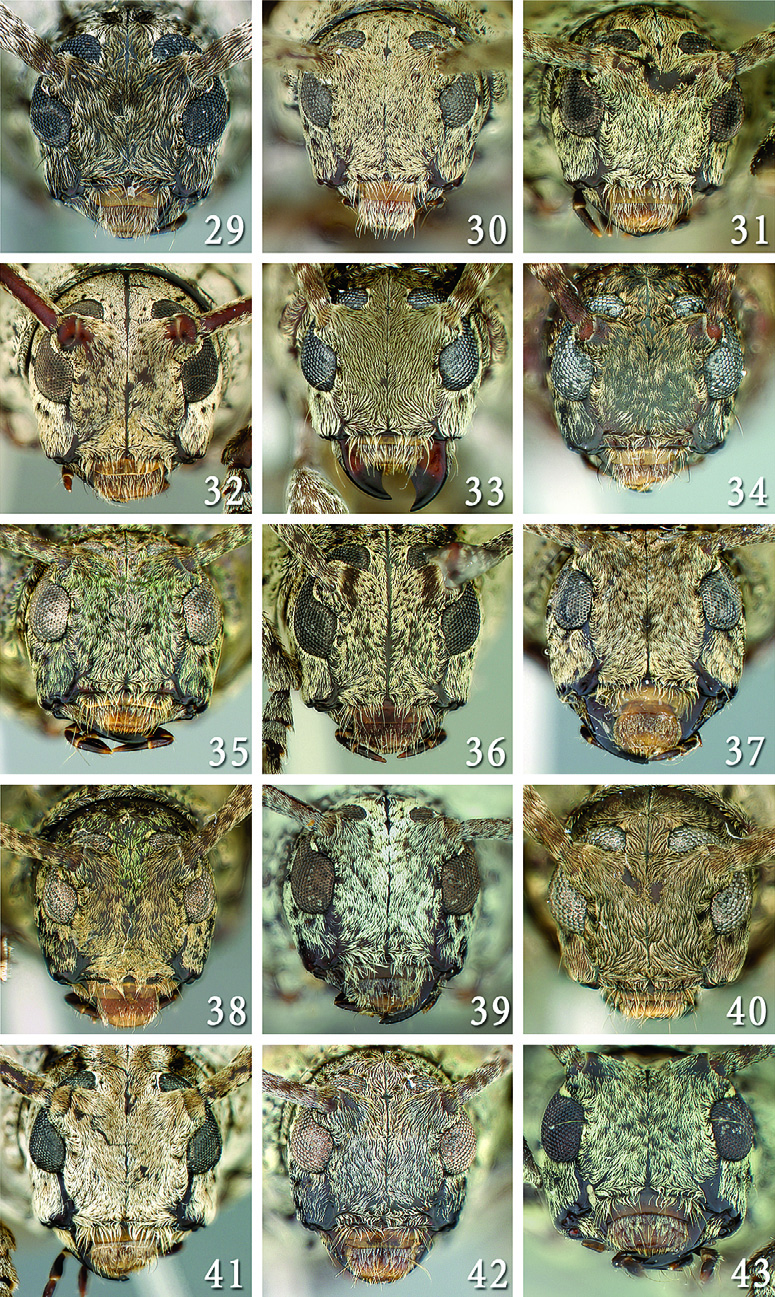 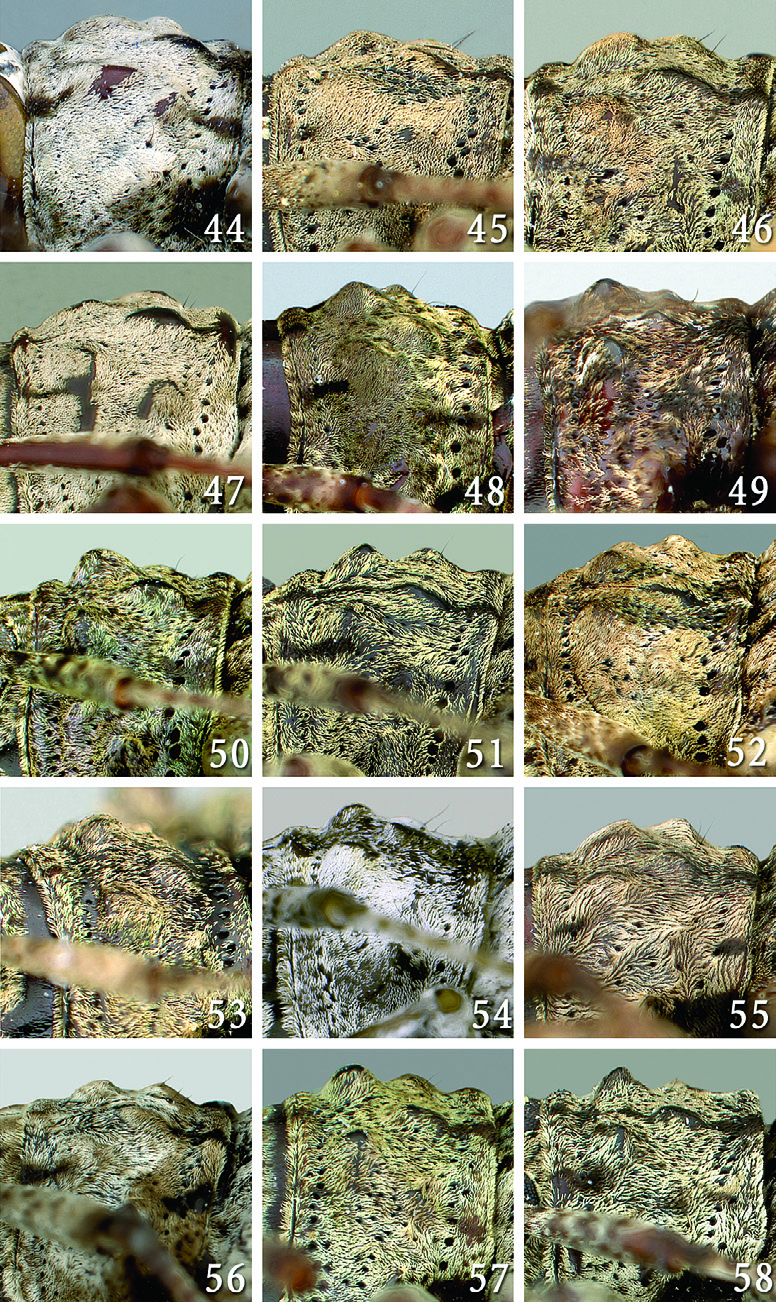 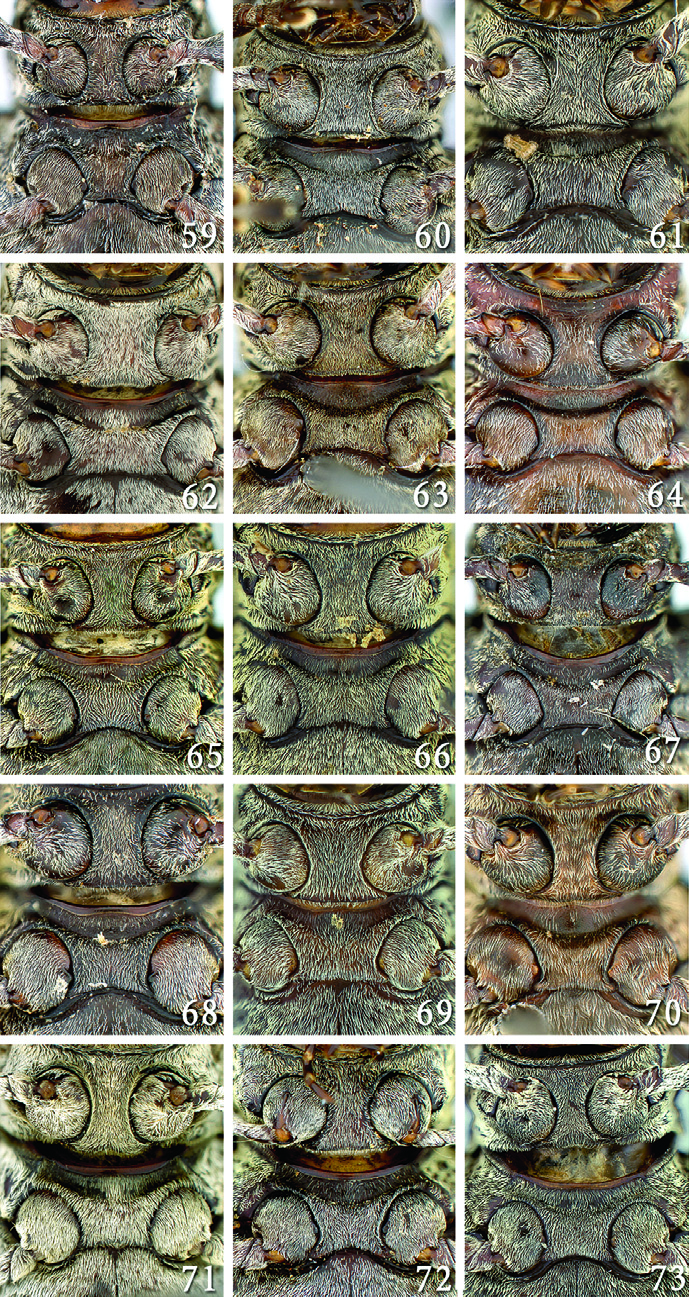