Abdomen. Male dorsally with tuft of scales on the anterior margin of tergites 4–7, these ruptures are visible as elliptical zones on skin when scales are removed ( Fig. 10 View FIGURE 10 ). Anterior margin of eighth segment sclerites with bifid extension, that of 8 th tergite with long and narrow extensions.

Etymology. The species name refers to grey colour of adults.

Distribution. North Thailand. The species was collected in various biotopes between 240–350 metres in May, June and in October.

Biology. Preimaginal stages of the new species are unknown. It is possible that the larvae are pod and fruit borers like other Mudaria species as described by Holloway (1989).

Remarks. The new species is illustrated in the Moths of Thailand as genus & species unknown ( Kononenko & Pinratana 2013, plate 40, fig. 41). As regards the genitalia morphology, Mudaria is very uniform, but externally three loose groups can be recognised. M. cornifrons (type species of the genus) and M. variabilis have a flat sclerotised plate with a medial elongation on the frons ( Figs. 6–7 View FIGURES 6–7 ) and wings are without distinct leprous blotches. All other species have a round protuberance on frons, including M. grisescens ( Fig. 1 View FIGURES 1–3 ). Majority of species in the latter group are brown with off-white, pinkish, reddish-brown or yellowish leprous blotches, whereas M. grisescens is the only species with grey wings and concolorous leprous blotches. Potentially there are two additional undescribed species of Mudaria . One from Borneo: Mt Dulit (a female is illustrated in Holloway 1989, genetic data not available) and one from Australia: Queensland, externally close to M. cornifrons and variabilis (three specimens, including photographs and barcodes, are available in the BOLD database under Barcode Index Number: BOLD:AAO6885). 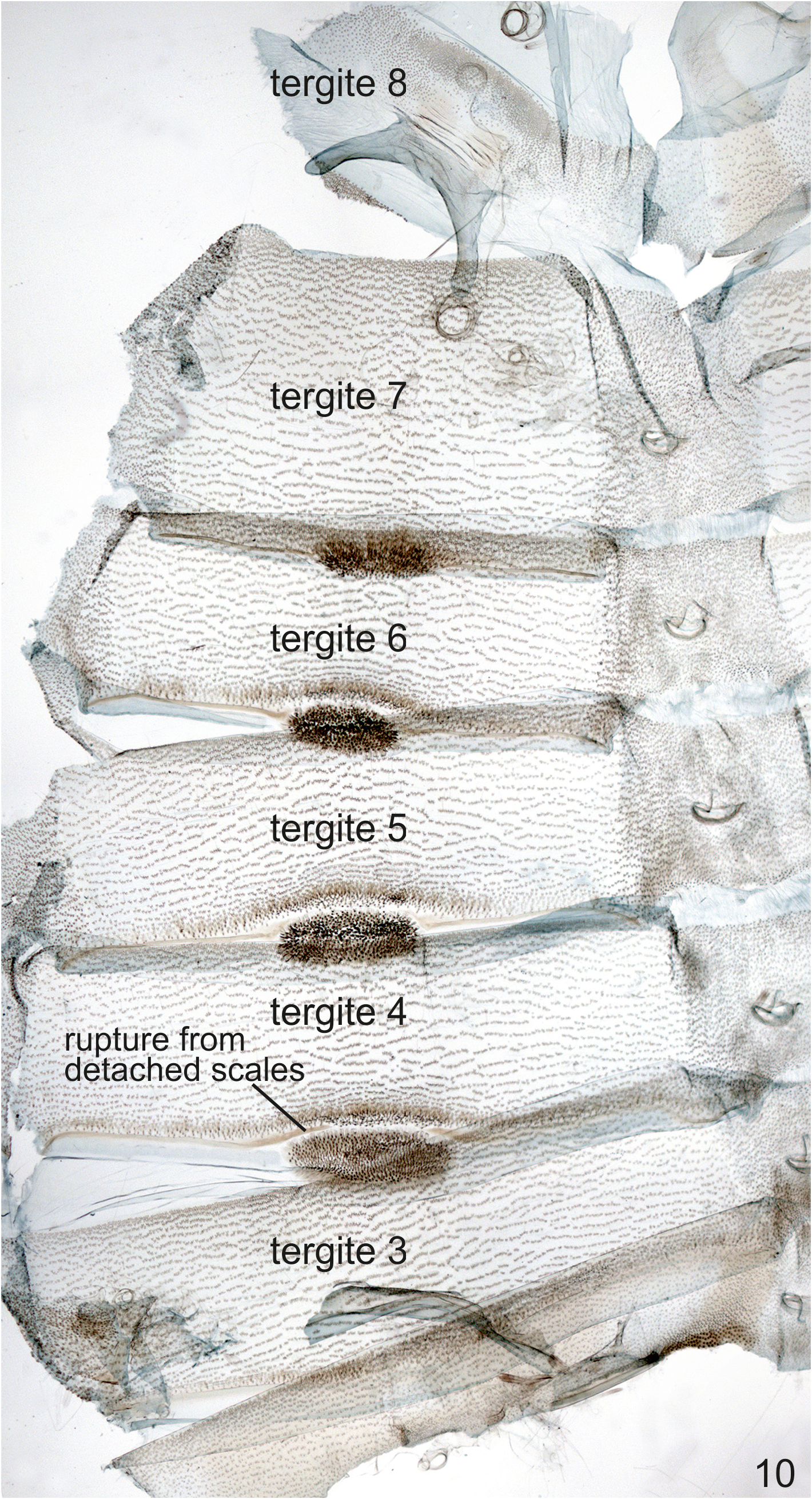 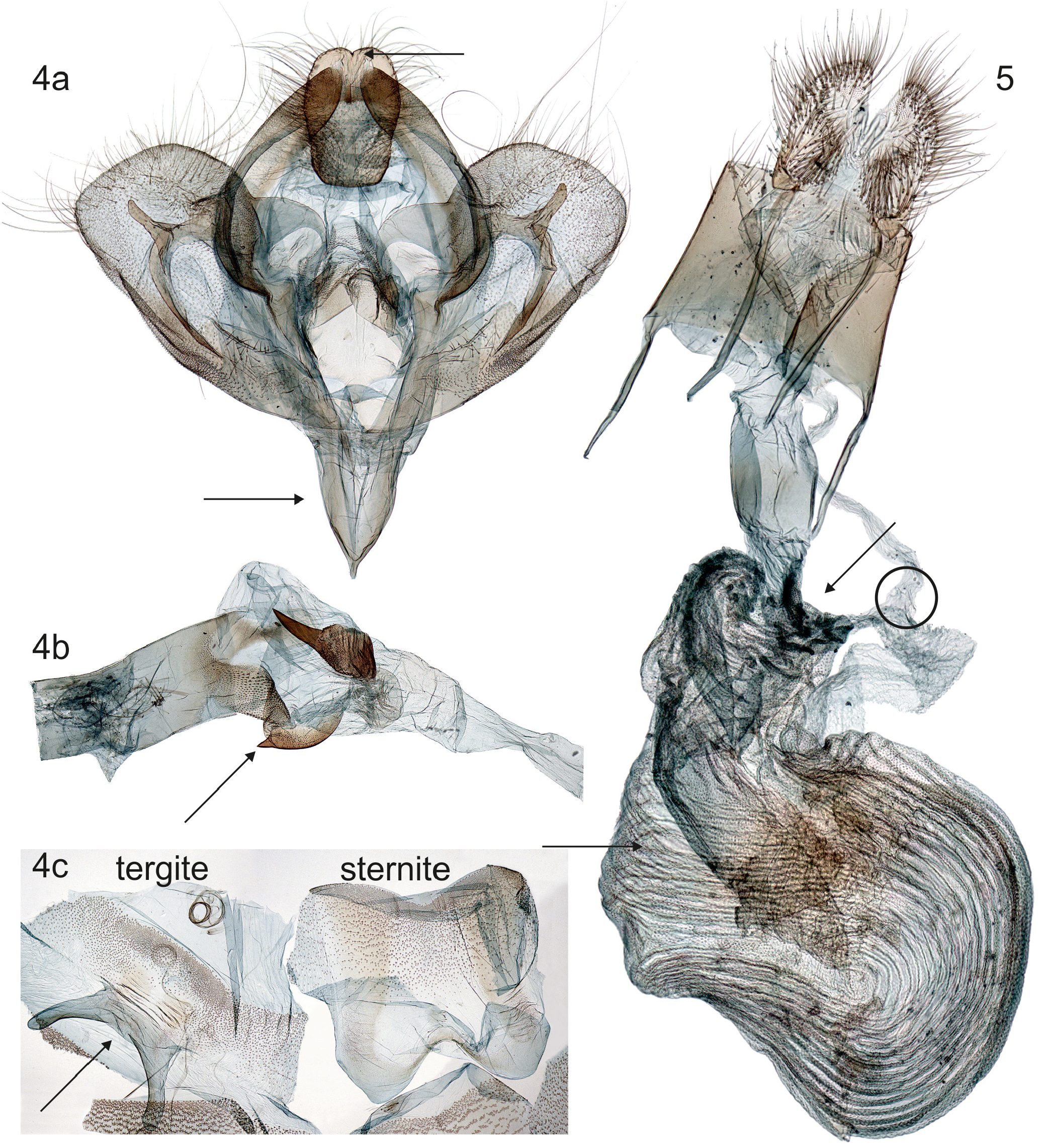