Discussion: The holotype is a brachypterous male ( Fig. 18 View FIGURES 18–20 ). The southern extent of the range of C. hungerfordi into Central America is not clear. It extends from Kimble County in central Texas, south at least to Chiapas in southern Mexico ( Sites & Nichols 1993). Usinger (1947) described the markedly smaller species C. latus and C. obscuratus from Costa Rica and Panama, respectively, distinguishing them by body proportion differences as well as overall length. However, when studying populations of Cryphocricos from Belize, Sites et al. (2018) were unable to assign a specific identity to them because of high intraspecific variability as some populations had individuals that keyed to three species, including those from Costa Rica and Panama. Thus, C. hungerfordi might extend further southward into Mesoamerica and possibly be synonymous with one or both Central American species.

The immature stages of C. hungerfordi were described and illustrated, including the structure of eggs, which can have three to five micropyles ( Sites & Nichols 1993). In central Texas, C. hungerfordi is bivoltine and overwinters as third through fifth instars and adults among large rocks in fast water ( Sites & Nichols 1993). Microhabitat partitioning of this species and two other saucer bugs was investigated in the South Llano River in central Texas. Eight of ten abiotic variables were significant in accounting for quadrats in which C. hungerfordi occurred; rock standard error of the mean accounted for 43.1% of the variation in density ( Sites & Willig 1991). In a stream simulation study using flow tanks to determine habitat preferences of three species of naucorids, C. hungerfordi preferred cobble over either gravel or pebble substrates; however, a synergistic effect was detected between current velocity and substrate particle size ( Herrmann et al. 1993).

Diagnosis: This species differs from most of the South American species in having the posterolateral corners of abdominal segments V (♂) and VI and VII (♀) not acuminate, but right-angled or blunt. Usinger (1947) distinguished it from C. latus and C. obscuratus by its length greater than 7.5 mm, and from C. mexicanus Usinger, 1947 by wider embolia and longer body, hemelytra, and claval commissure. 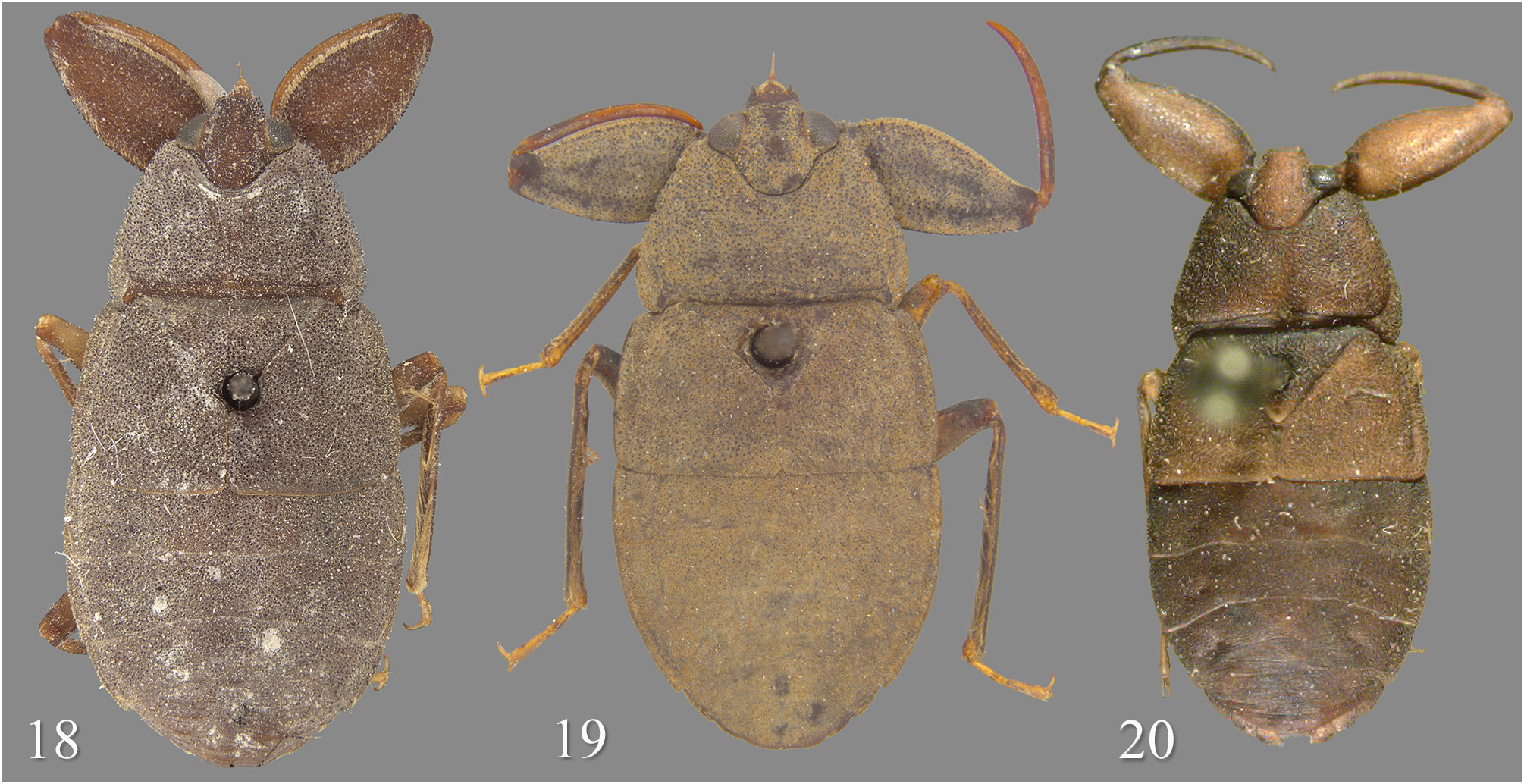