Type locality: Ecuador: Balzapamba. Balzapamba is both a municipality and town in Bolívar Province. Río Cristal and its tributary Quebrada Chorrera appear to be the most likely streams from which the type specimen was collected .

Discussion: The type specimen is a macropterous male in good condition; however, it is covered with debris ( Figs. 5–6 View FIGURES 5–6 ). Females and brachypterous specimens are unknown. Usinger (1947) considered macropterous adults from Peru to be indistinguishable from the type, and thus associated brachypterous individuals with it; he then included the use of hemelytra shape to distinguish these brachypters from congeners. However, hemelytral shape is not a consistent attribute in Cryphocricos hungerfordi ( Sites 1990) and probably other species. Thus, diagnostic features for C. breddini remain unknown, although Lopez Ruf (1991) presented a detailed diagnosis of specimens from Parque Nacional Baritu in Salta, Argentina, based in part on Usinger (1947).

Diagnosis: Little information is available to apply as diagnostic features because the only authoritatively identified specimen is the macropterous male holotype. Montandon (1911) reported length to be 10 mm and maximum width 4.2 mm. Because macropters differ in size and shape from brachypters, interspecific comparisons mixing morphs is not reasonable. Nonetheless, Usinger (1947) keyed this species using length less than 11 mm and assumed the brachypterous form would be “not or scarcely half as wide as long.” 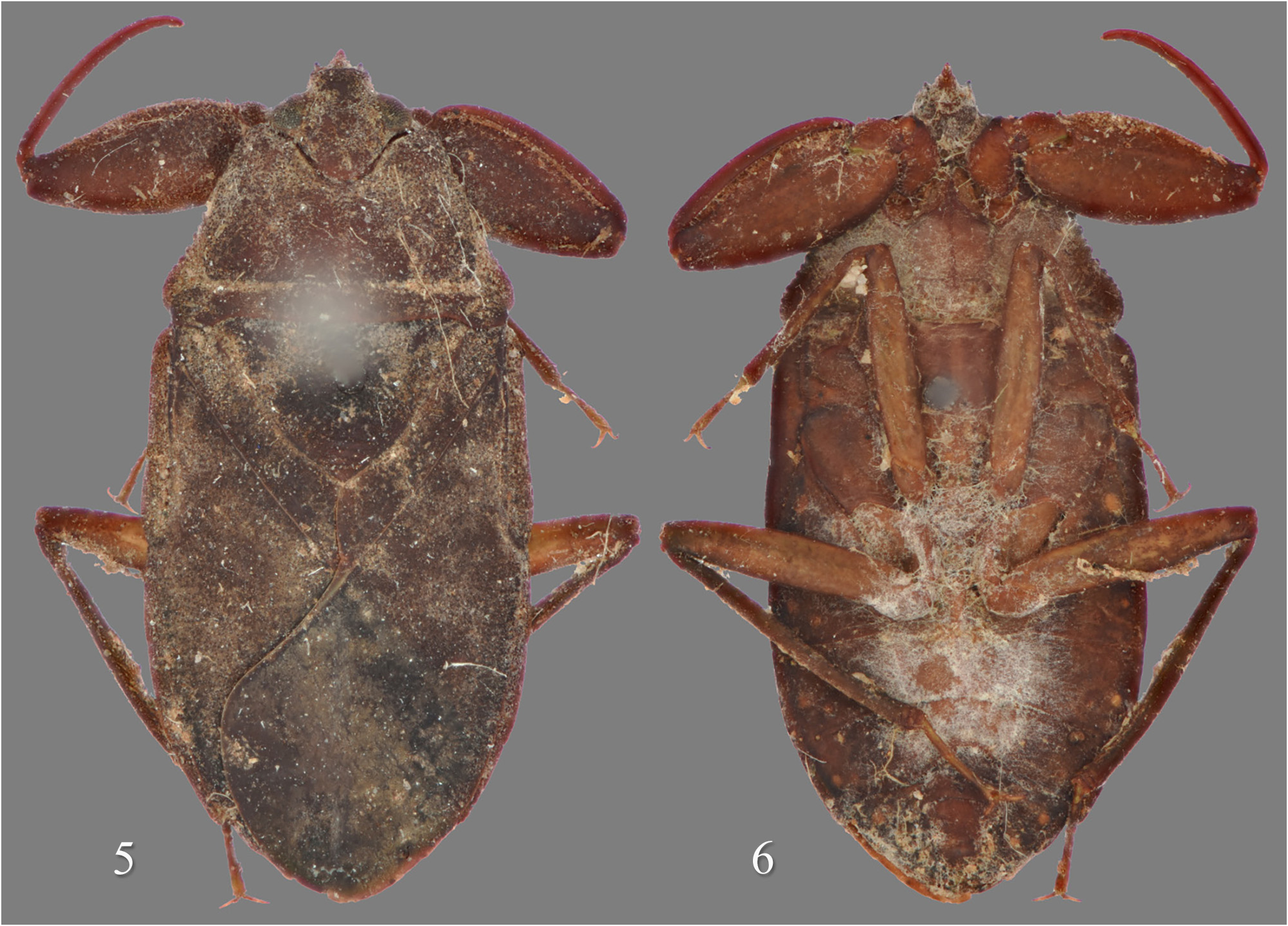