Remarks. Broadley & Greer (1969) first noted that Hewitt’s Acontias melegaris orientalis   was actually named in a popular publication ( Hewitt 1937b, p. 41), a year earlier than the appearance of the ‘formal’ description ( Hewitt 1938). It was subsequently elevated to specific status, with Acontias percivali tasmani Hewitt, 1938   as a junior subjective synonym, by Lamb et al. (2010). As with the previous taxon, the popular publication in which this species was described gives no indication of types, although it does state that it is based on material from Grahamstown. Later Hewitt (1938: 41) noted “Types.—A series of specimens from Grahamstown, now in the Albany Museum”. Donald Broadley informally designated two different specimens as lectotypes. He firstly designated PEM R5116 (AMG 8066) as lectotype on 16 March 1968, followed later by the designation of PEM R5115 (AMG 5030) as lectotype on 22 January 1969. No formal lectotype designation has been published and we refer to them all here as syntypes. The type description do illustrates PEM R5116 (Plate II, Figure 2 View FIGURE 2 ) from “Nature Reserve, Grahamstown.. 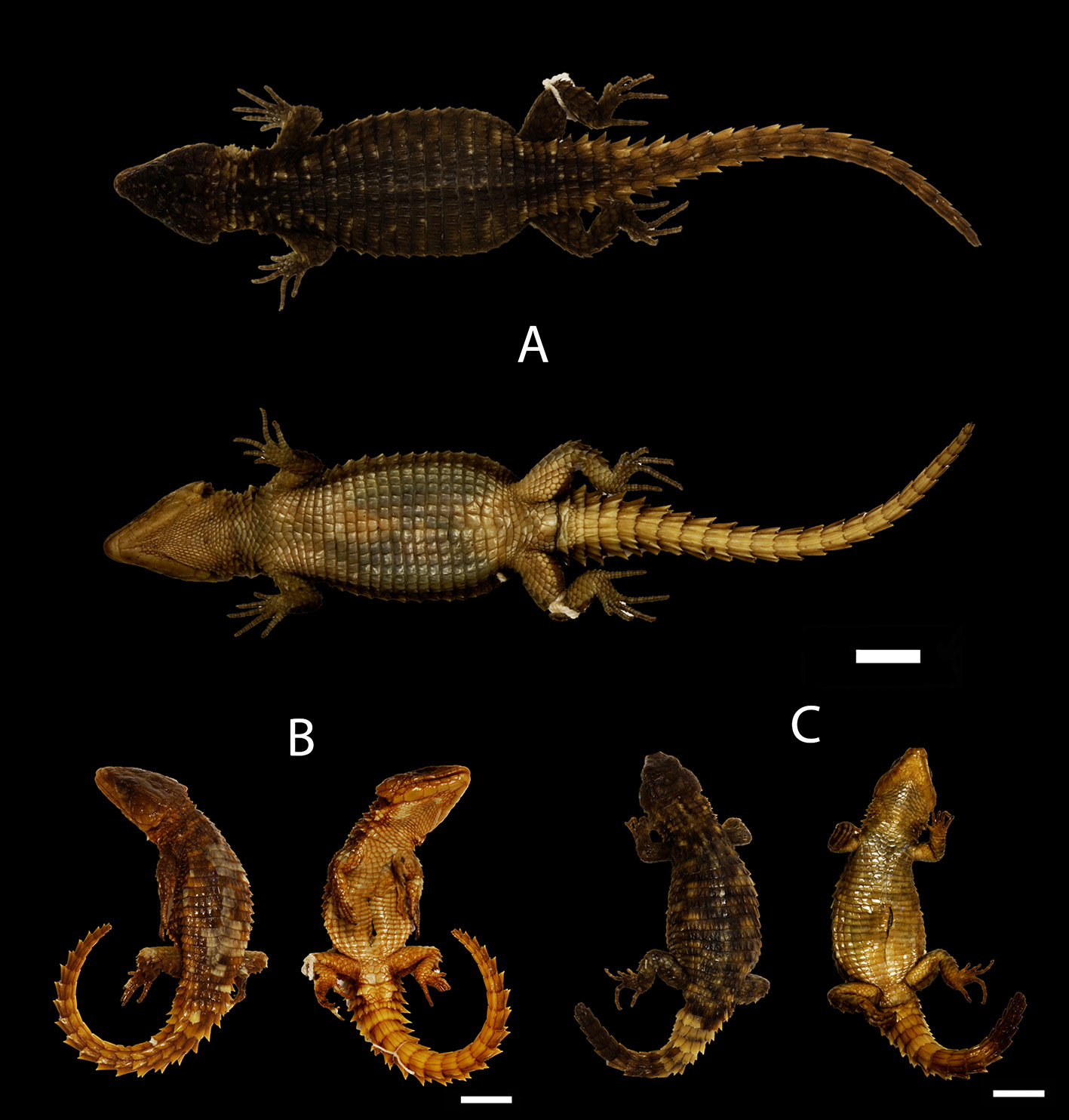