Remarks. The R/V Nautilus specimen of U. occidentalis agrees well with the type specimens. However, the larger ovigerous female paralectotype, CL 10.3 mm, has P2–4 more slender than those of the other specimens (see the length-breadth ratios under the description), and P1 longer (5.3 versus 3.8–4.3 × carapace length), with the merus much longer than those of the others (1.3 versus 0.9–1.0 × carapace length) and the carpus and palm more depressed dorsoventrally (height 0.6 versus 0.8 × breadth). Inasmuch as there are no other morphological characters to discriminate this unusual form from the others, the above differences are regarded as individual variations.

Baba & Lin (2008) noted that the Albatross material of U. occidentalis from the Galapagos Islands has the ultimate flexor spine of the P2–4 dactyli more slender than the penultimate. This feature, however, is not consistent in the present material. The ultimate spine is subequal to the penultimate on P 2–4 in the R/V Nautilus specimen and the smallest male paralectotype, subequal on P2 and slightly narrower on P3 and P 4 in the other types. In addition to this inconsistency, the variability in both the size of the antennal scale and the direction of the rostrum displayed by the present material does not support the distinguishing characters discussed by Baba & Lin (2008) between U. occidentalis and U. orientalis Baba & Lin, 2008 from Taiwan. These two species resemble each other in nearly all aspects, except that sparse tubercles are present on the hepatic and lateral branchial regions in U. orientalis , absent in U. occidentalis . Given their disjunct distribution, it is unlikely that these are conspecific. Further studies are required to assess these differences.

Distribution. Off Panama [east of Punta Mala], the Galapagos Islands between Santa Cruz and San Cristobal Islands and now at East Wolf Seamount; at depths of 717– 873 m. The Albatross material reported by Baba & Lin (2008) was taken by the Albatross Station 2818, the location being the same station as the type locality of Sternostylus defensus (see below). 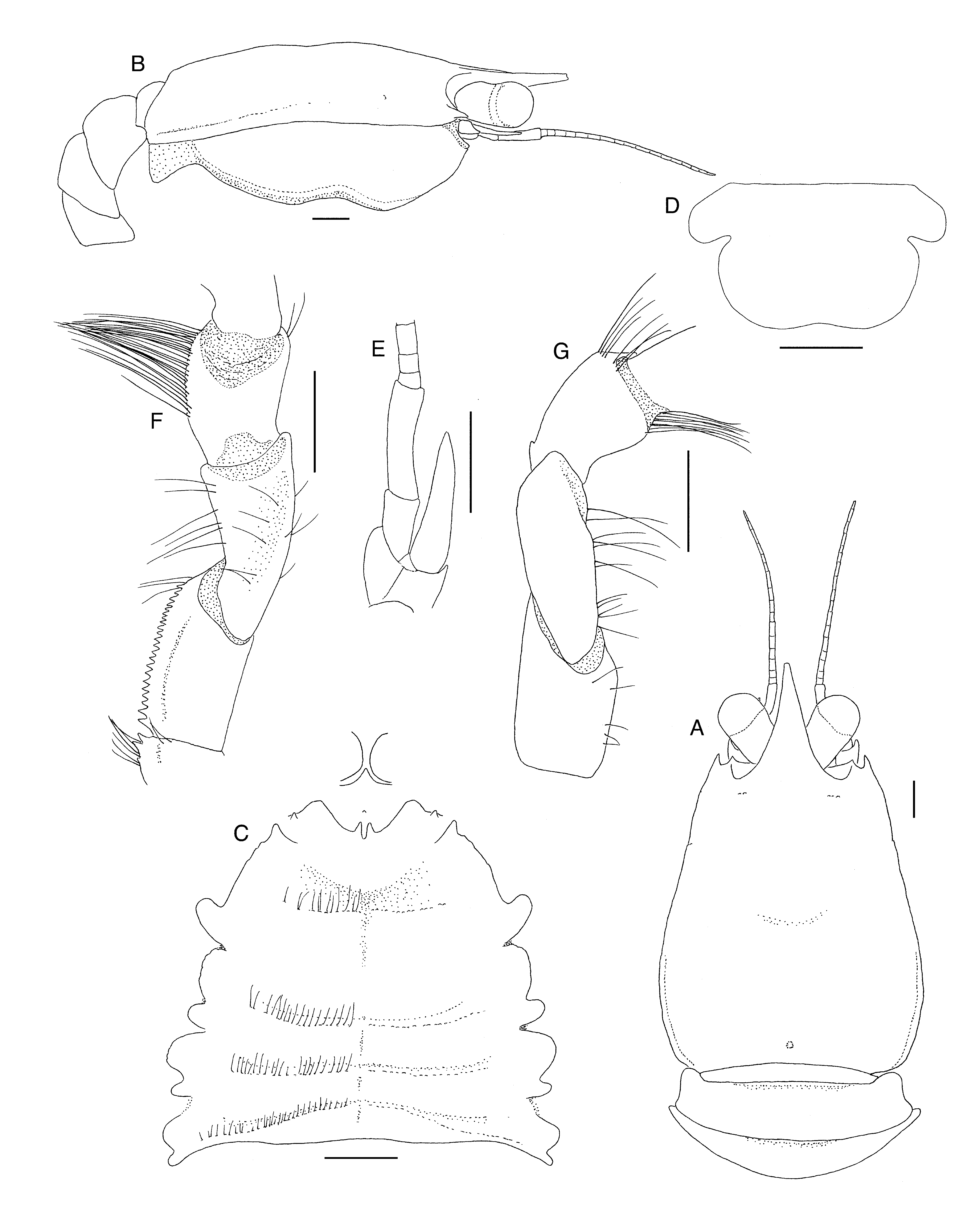 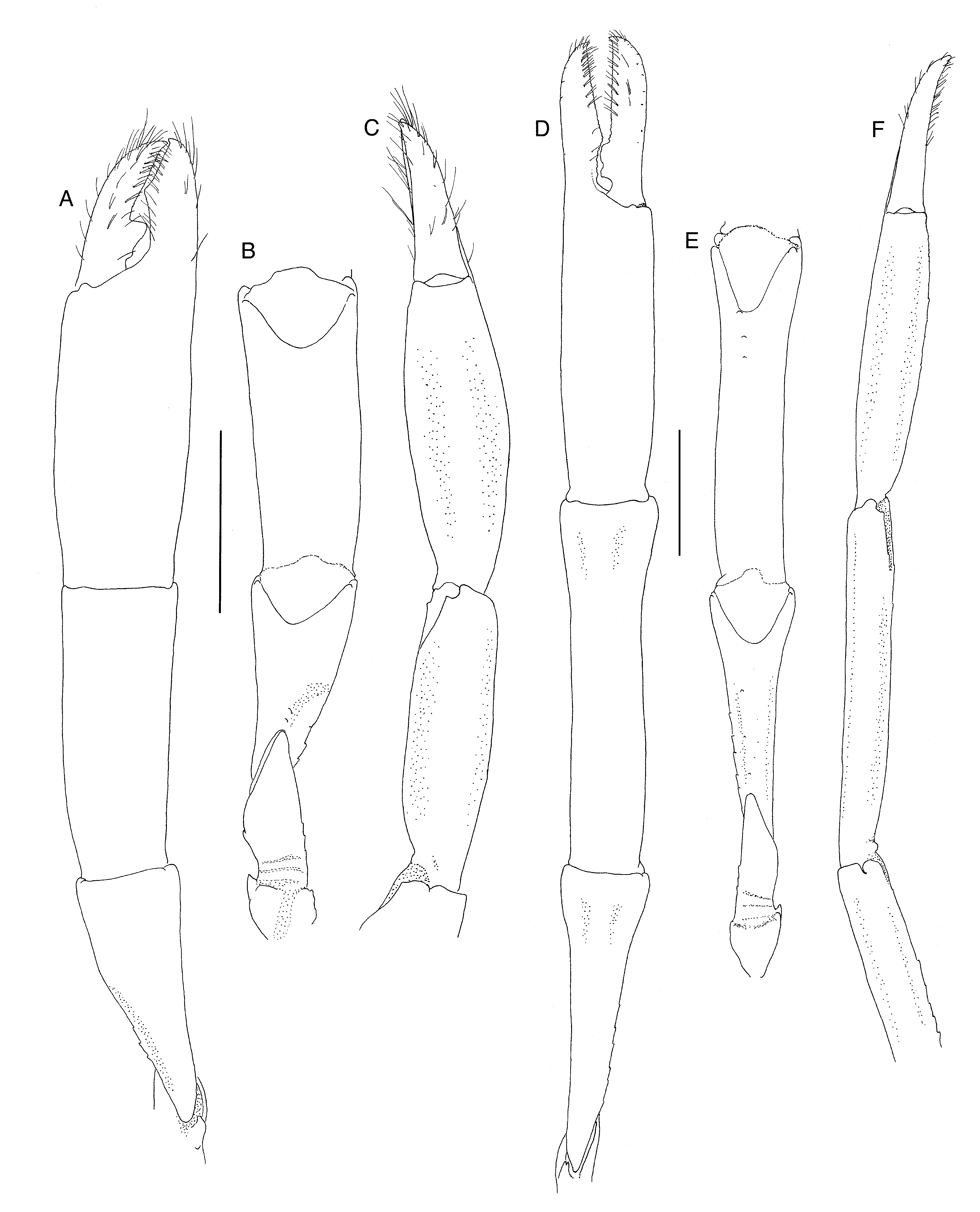