Remarks. The colonies found in the study were very small, 1–2 mm in size and infertile, suggesting they may be early growth stage of a larger/and or erect species.

Tube length and diameter measurements do not match any Canu & Bassler (1928 a) species. The large round pseudopores most closely resemble in size and density ttwo European species, Plagioecia sarniensis  and Entalophoroecia deflexa  . Plagioeocia sarniensis  has an orifice diameter about 0.1–0.15 mm according to Hayward and Ryland (1985 b, p. 100) and as illustrated by De Blauwe (2009, p. 121, photo 109). Entalophoroecia deflexa  has an orifice diameter of 0.14–0.16 mm (Hayward & Ryland (1985 b, p. 113) (see also De Blauwe 2009, photo 118). However, the zooid tubes with their angular ends and the way they are bent unevenly in different directions, rather than being uniformly oriented, are more like the encrusting portions of Entalophoroecia  than of Plagioecia  . 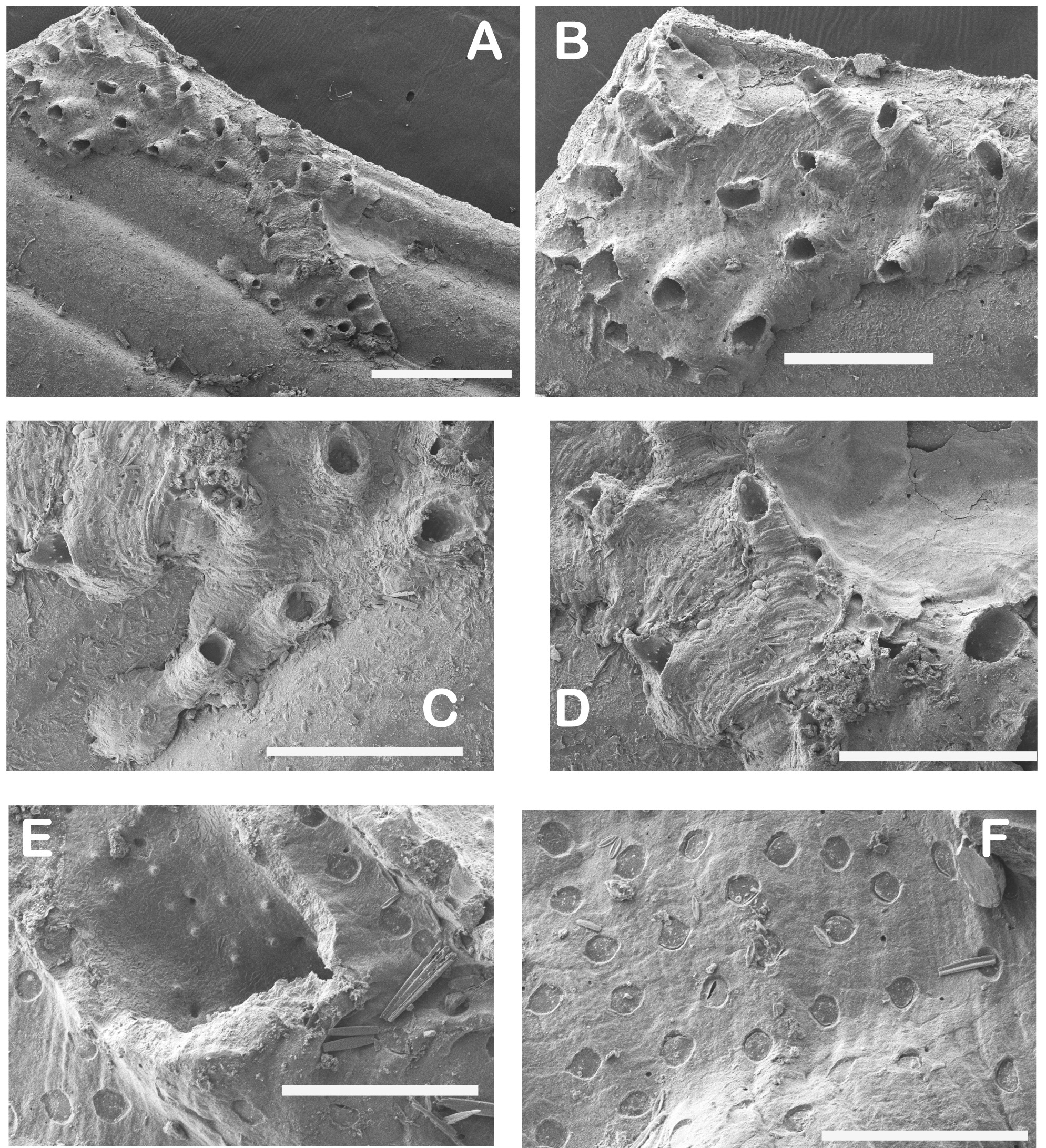