Remarks.This species is most similar morphologically to Puellina setosa (Waters, 1899)  , which was described from Madeira and is also found in the Bay of Biscay, the Mediterranean and the Canary Islands (Hayward & Ryland 1998). The Floridan species differs in having a larger number of costae, six or seven oral spines (not five), avicularia, an ancestrula with 12 rather than 11 spines and an ooecium with a weak costal patterning, rather than scattered pores and a keel. 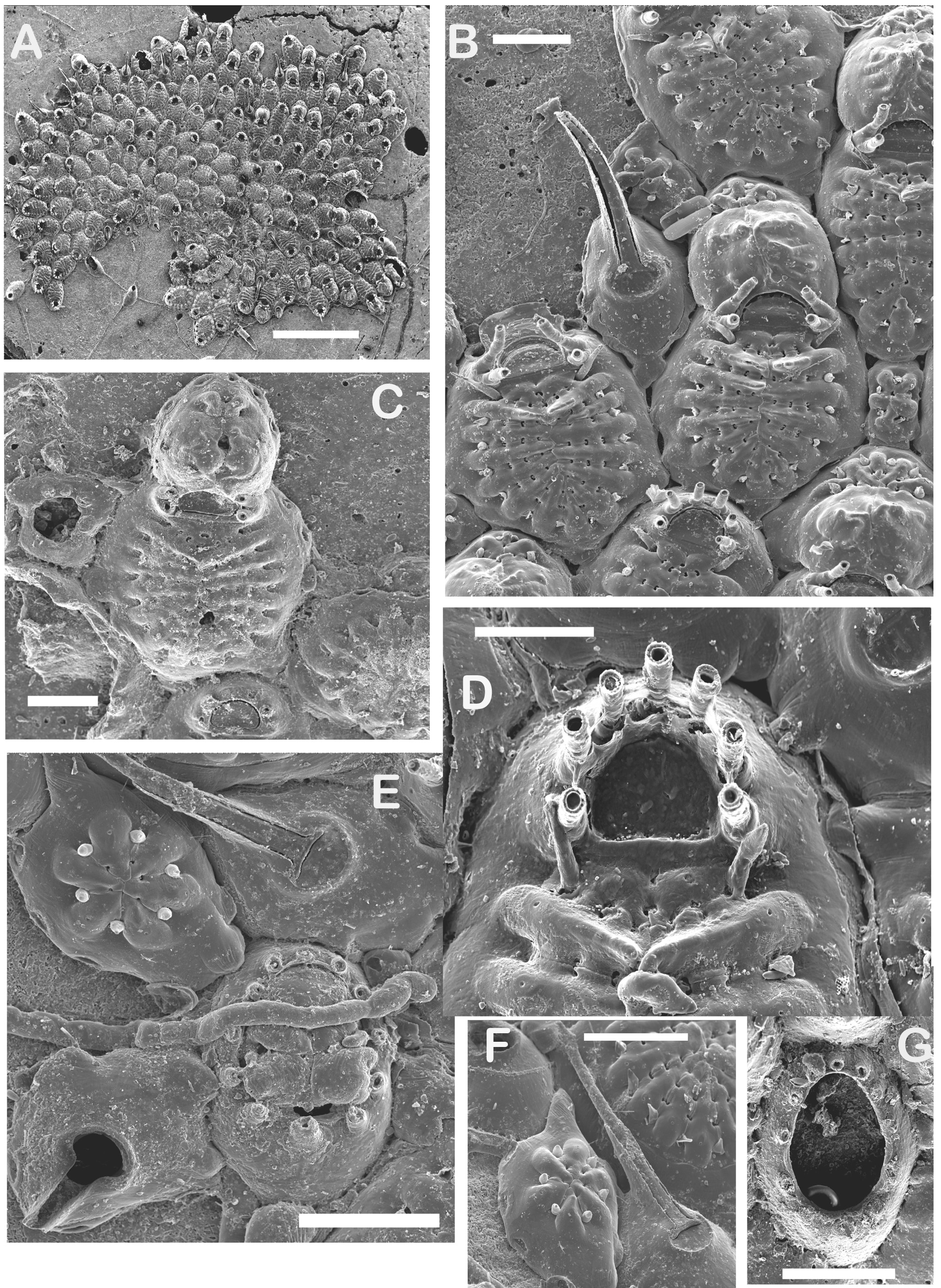