Remarks. Osburn (1950) described this species based on material from the Gulf of California and Galapagos with 2–4 oral spines and avicularia. Floridan Oculina  specimens have no mandibles on the avicularium-like heterozooids ( Fig. 3View FIGURE 3 B –D), their tips being membranous. However, zooid size and overall morphology are similar to west coast and Gulf of Mexico specimens, so the significance of other differences in heterozooid morphology is still unknown.

In another rearrangement of cheilostome phylogeny Ostrovsky (2013) has argued that Bellulopora  should be recognized as representative of a suborder independent of Flustrina, its unique kenozooidal brood chambers having originated independently from a malacostegan-grade ancestor with many kenozooidal mural spines. His classification is followed here. 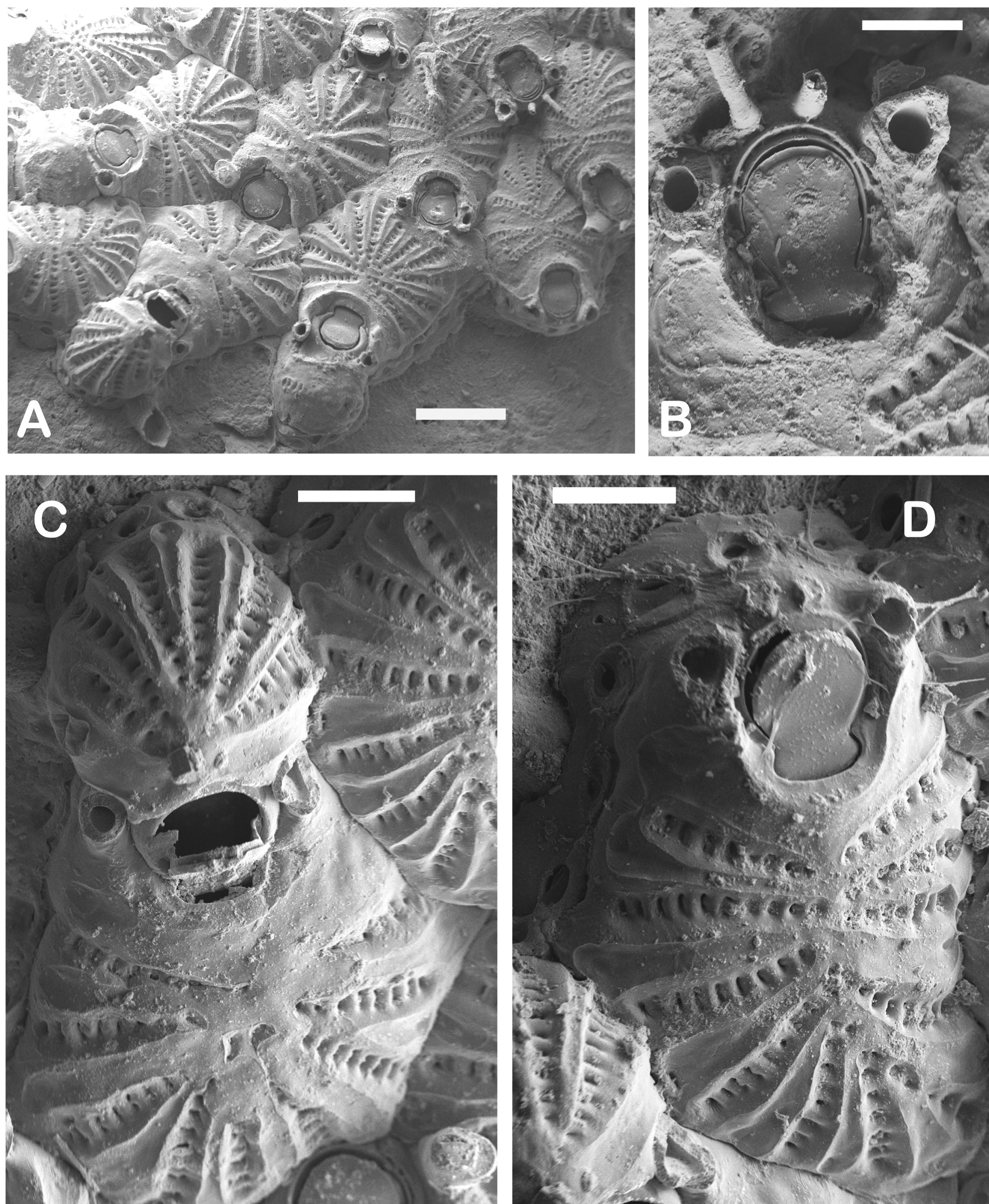