Variation. The fascia from pre-apical costal spot to tornal spot can be straight or slightly angled, and it can be interrupted or unbroken. There is some variation in the distinctness of light and dark rings in the basal threequarters of the antenna, but the apical quarter is always white. Specimens from some British and Irish localities have the silvery white markings in the forewings reduced to only one (f. tarquiniella  ) ( Fig. 2View FIGURES 1 – 12) or two fasciae. There seems to be also some variation in the wing form of females, with a tendency to (slight) reduction in breadth of hindwing and more or less acuminate forewings (see also Heckford 2002).

DIAGNOSIS.— E. wilkella  is characterized by having the apical quarter of the antennae white, and the pre-apical costal spot and the tornal spot of the forewing are (normally) fused. For E. wieseri  sp. nov., E. altaicella  sp. nov. and E. libertinella  see under these species. The almost completely reduced uncus, the slender distal part of the valva and the strongly inflated phallus are collectively diagnostic, though particularly the differences from E.

superbella  are small with a less stout valva in E. wilkella  and a differently shaped phallus. The female genitalia differ from all other known species in the nearly sickle-shaped of the signum.

DISTRIBUTION.—Almost all of Europe; Turkey; Russia: Siberia. Records from China (Li 2002) and Korea (Park & Ponomarenko 2007) need verification. For records from Japan (Sakamaki 1995) see below under remarks. The form with reduced markings in the forewing is only known from a few localities in Great Britain and Ireland.

BIOLOGY.—The larva is described by Stainton (1867) and Sterling (2008). It has been reported feeding on Cerastium fontanum Baumg. (Stainton 1867)  , an observation which was widely accepted and adopted even in recent standard literature (i.e. Elsner et al. 1999). However, Sterling (2008) found that the larva feeds on the leaves of the moss Syntrichia ruraliformis (Besch.) Cardot  , living in silken tubes at the base of a stem of the foodplant, extending into the sandy soil/moss mix beneath. Sterling (op cit.) suggests that Cerastium  L. is only an exceptional host for E. wilkella  ; this may also have been the case with one specimen which emerged from Cerastium  plants collected early May at the island Møn, Denmark, together with several specimens of Caryocolum alsinella (Zeller)  (O. Karsholt, unpublished). According to Sterling (op cit.) the larval period lasts from March to May and a second generation as stated by Stainton (1867) could not be verified. Continental authors such as Elsner et al. (1999) suggested bivoltinism, with moths flying from May to June and again from July to September but voltinism is unconfirmed and the flight period may refer to one long lasting generation only. The species seems to prefer dry habitats, coastal as well as inland, but it is also found in other types of localities like woods, gardens and parks. Males are easily attracted to light, whereas females are mostly found by sweeping vegetation during day, often where Thymus  is flowering.

REMARKS.— Phalaena (Tinea) wilkella  was described from an unspecified number of specimens. Robinson & Nielsen (1983) designated a male from Gotland ( Sweden) as the lectotype and synonymized Phalaena (Tinea) merianella Linnaeus, 1758  , described on the same page immediately before, with P. wilkella  . Even though this interpretation of Ph. merianella  can be disputed as Linnaeus’ description differs from that of Ph. wilkella  it serves stability best to follow the synonymization by Robinson & Nielsen (op cit.).

The identity of Tinea germarella  has been disputed and we follow here the prevailing usage as a junior synonym of E. wilkella (Huemer & Karsholt 2011)  .

Gelechia (Brachmia) pictella  was described from three specimens collected in August on sandy soil near Glogow ( Poland) (Zeller 1839) and synonymised with E. wilkella  by Sattler (1973).

Gelechia tarquiniella  was described from an unspecified number of specimens of both sexes collected in June in the sandhills near Dublin ( Ireland) (Barrett 1861, Stainton 1862) and later synonymized with E. wilkella  by Meyrick (1928). From the original description it is clear that the name tarquiniella  refers to the form with only a basal posterior bar. The form where only the posterior fasciae of the forewings are missing is unnamed. Bond (1991) came to the opposite conclusion, but the specimen referred to by him as “Stainton’s type specimen” is apparently not part of the type series (K. Sattler in litt.).

Sakamaki (1995) recorded E. wilkella  as new to Japan, based on comparison with specimens from North Europe. In his description of Japanese specimens he did not mention the characteristic white tips of the antennae and, according to his description, the labial palpi differ from those of E. wilkella  in having segment 2 (and the head) yellow, whereas segment 3 is black. We examined one similar, but rather worn male from Japan, and three such specimens from Far East Russia (in ZIAP and ZMUH). We find it likely that they belong to a further species related to E. wilkella  , but due to the condition of the examined material we refrain from describing it here.

We examined at least one correctly identified specimen of E. wilkella  from Far East Russia (see above). 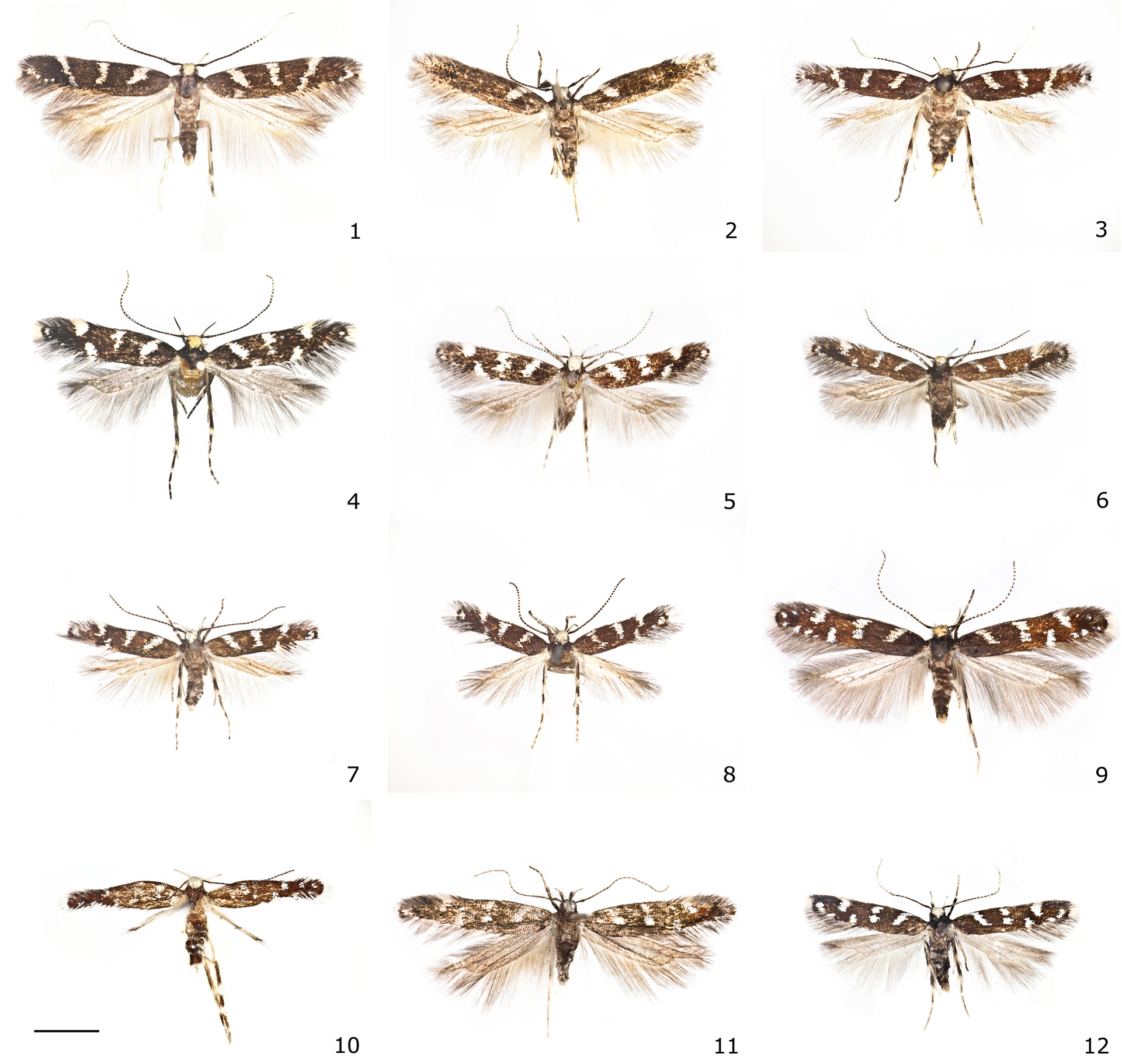 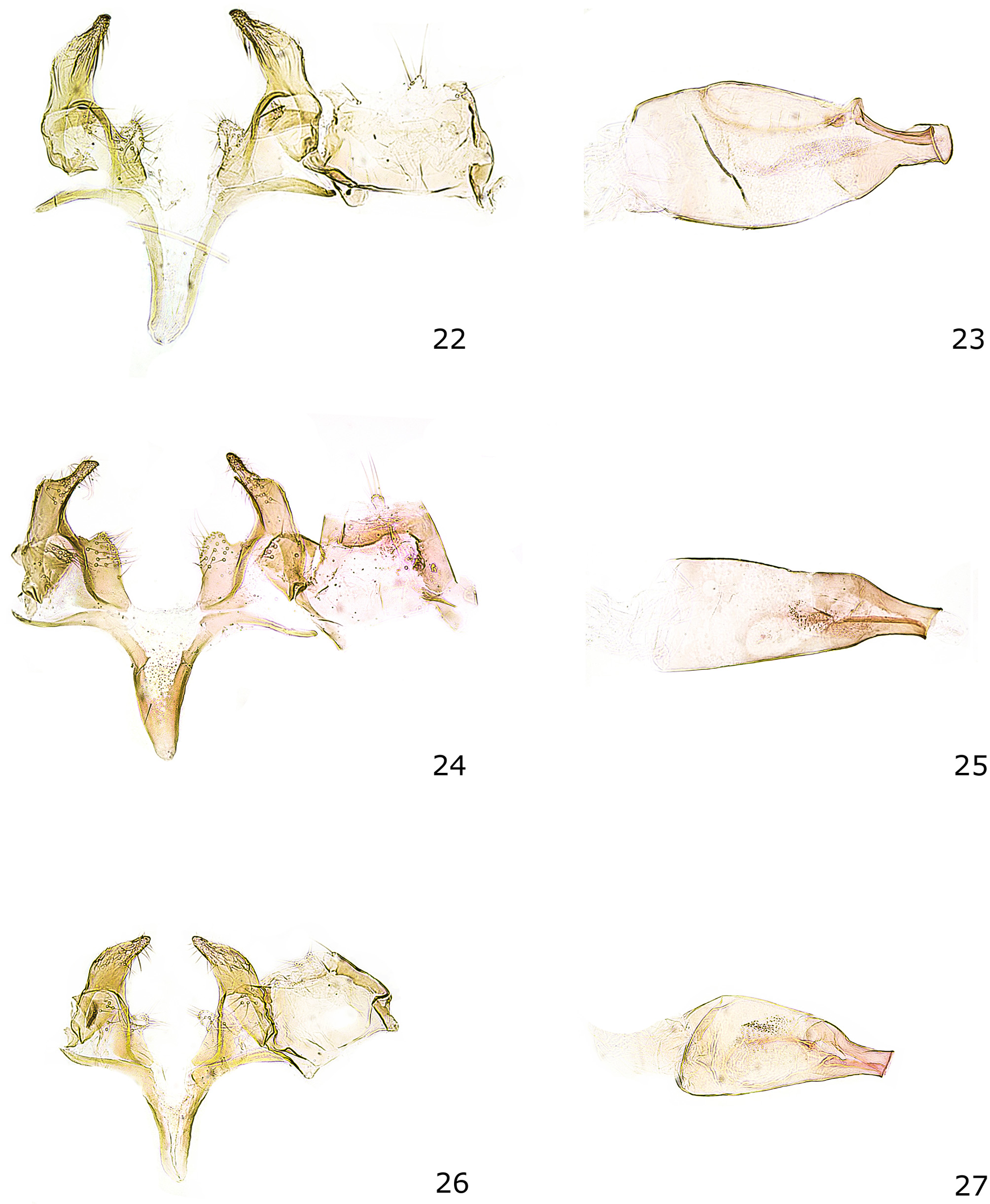 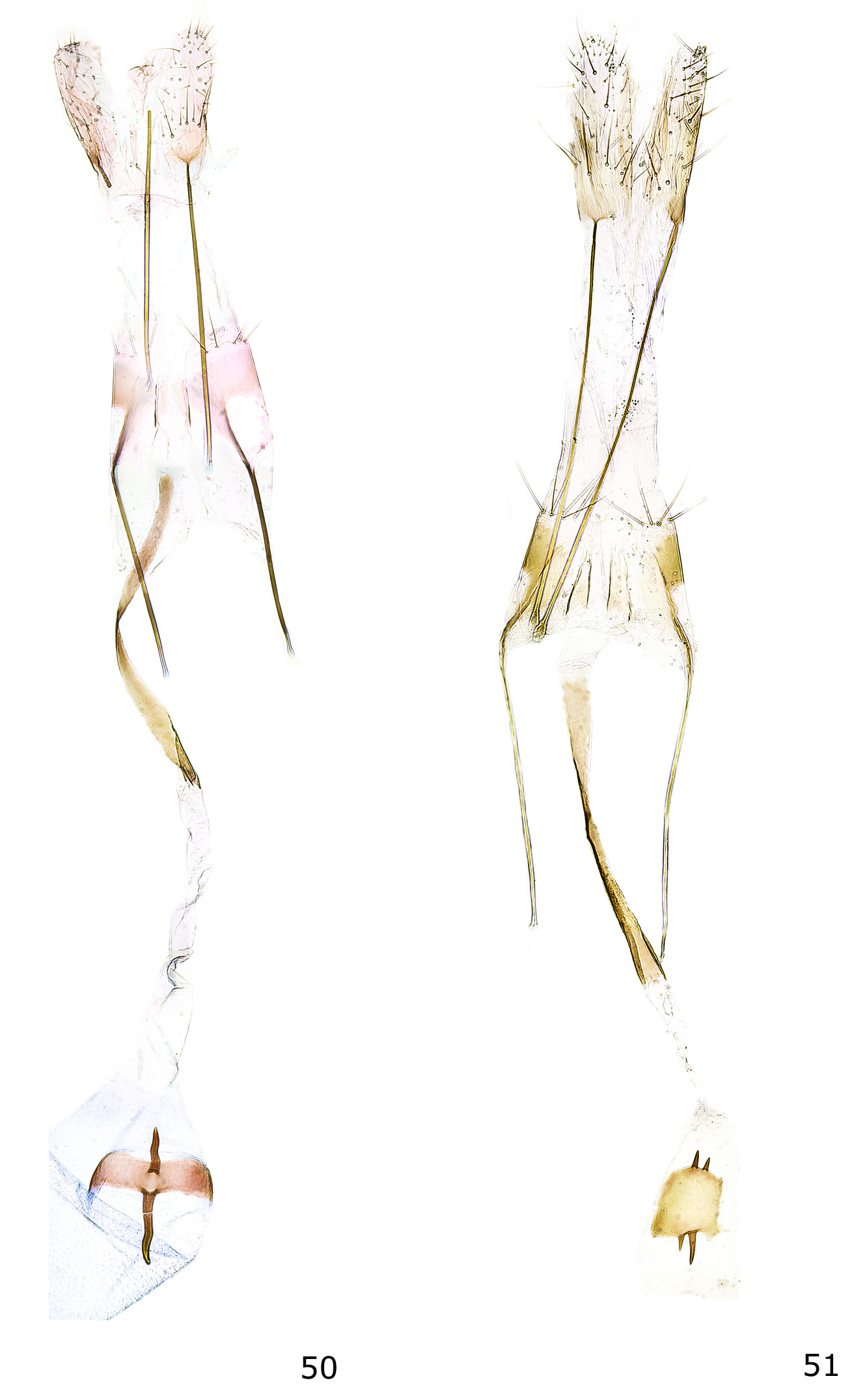