Diagnosis. The males of Minagenia brevicornis  can be distinguished from other Australasian and Oriental Minagenia  species by the combination of the following characteristics: the parameres are broad and flat, with long setae along the margins, and without a basal ridge; and the SGP marginal setae shorter towards the base and gradually increases in length towards the apex. The females can be distinguished by the combination of the following characteristics: body length is approximately 5.5 mm, and the hind femora are black.

Remarks. The female holotype of M. brevicorni  s is presumed lost at this time, but the allotype male (USNM_ 51161) and paratype female and males (MCZ_17170) were available for examination. Genitalia were drawn from a slide mount from a male paratype from MCZ.

The description of M. brevicornis  females does not provide coloration except for the wings. In the original publication, Banks describes the female as having two bands on the fore wing, the apical one more prominent. However, on the paratype from MCZ, the female fore wing only has one band on the apical portion (a character used in the key within this paper). Additionally, characters from the sparse described in Banks’ 1934 publication are similar to that of a specimen at EMUS identified as M. fulvifemoralis  and the illustrations in Ji et al. (2014). However, the paratype female specimen of M. brevicornis  from MCZ, designated by N. Banks, has a fully brown body, unlike the female described for M. fulvifemoralis  , which has reddish femora. The localities of these two species are drastically different; Minagenia brevicornis  was first described on the islands of Luzon and Mindanao, Philippines, while M. fulvifemoralis  was described from Yunnan in mainland China. 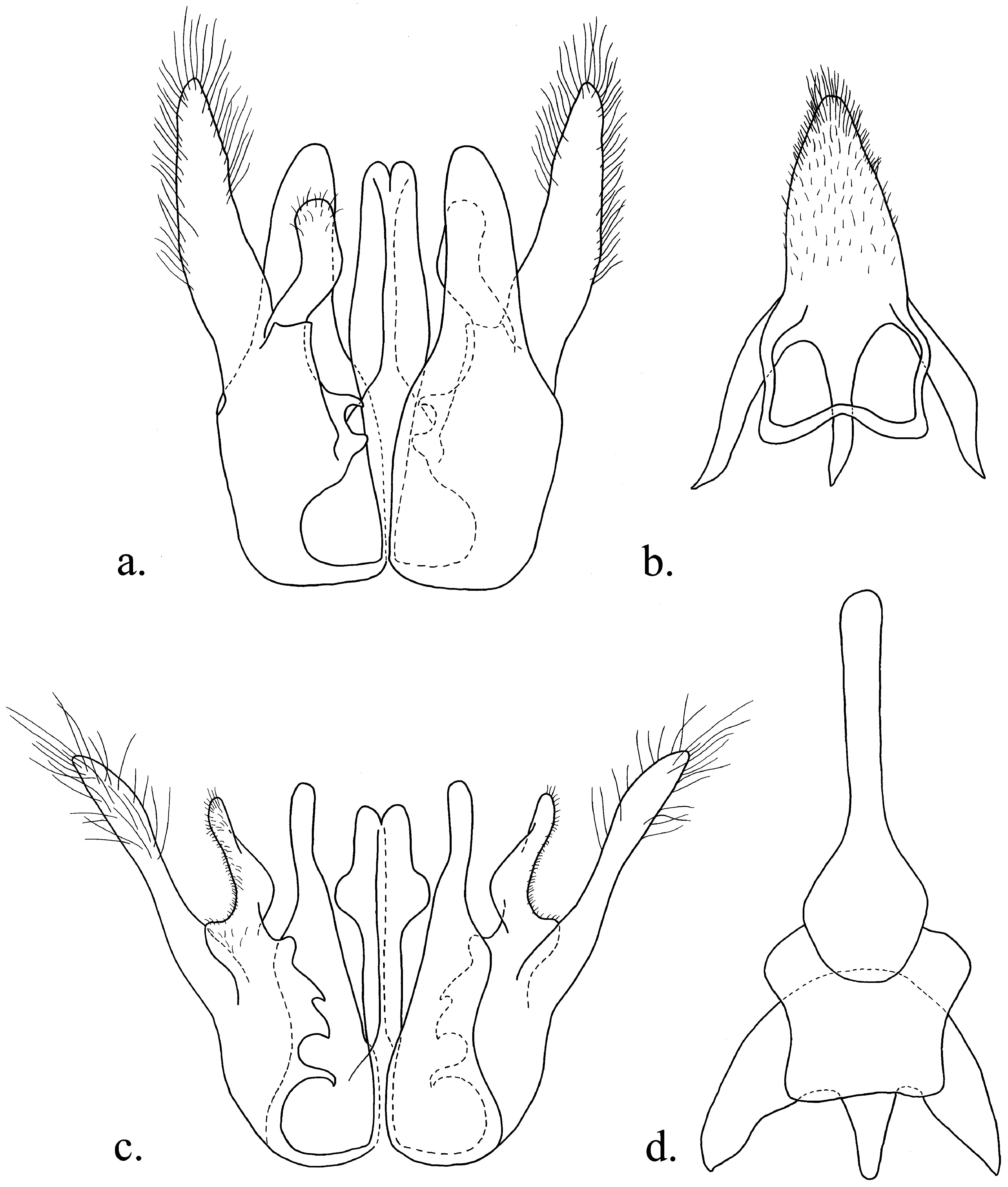