C o m p a r a t i v e n o t e s: This species is unique by its colour pattern and by the shape of the aedeagus. It strongly reduced submetacoxal areas and parallel submetacoxal lines are as unusually in the group and similar as in S. palawanum and S. inopportunum. 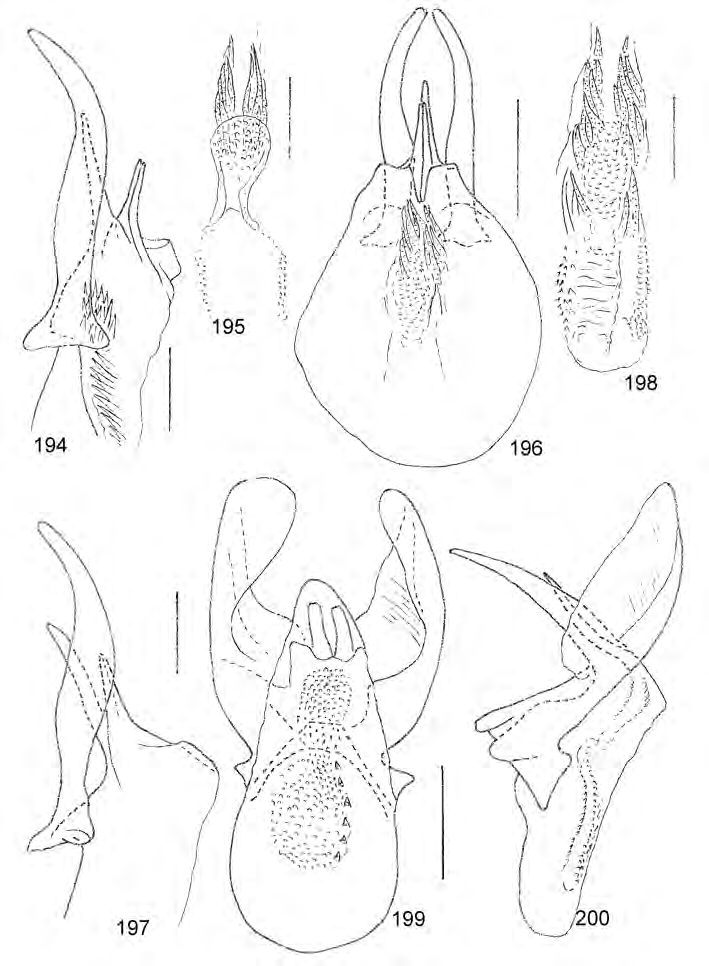