Diagnosis. Boethella jatai  sp. nov. is the only species in which the auxiliary carina of the mesopleuron curves strongly dorsally, so that it runs parallel to the anterior edge of the mesopleuron ( Fig. 18View FIGURES 16–18) (mostly straight in all other species). It also has the deepest glymma of any species and is the darkest species. It is the only species with black in any of the following areas: vertex, propodeum, T1 of metasoma and hind femur. In all other species, these structures range from yellow to dark brown.

Head. Mostly smooth and shiny, finely and sparsely punctate and with long pilosity, genae moderately glabrous; mandibular teeth about same length, sometimes lower tooth slightly longer; antenna with 20–21 flagellomeres, first flagellomere 3.0–3.3× as long as width and 1.1–1.3× as long as the second flagellomere; lateral ocelli separated from eye 1.8× their own diameter and 0.9× from each other; face 1.8× as wide as high; clypeus flat, about 3.5–3.7× as wide as high, its apical margin truncated ( Fig. 17View FIGURES 16–18); malar space obliterated, base of mandible contiguous with ventral edge of eye.

Etymology. The specific name refers to the Estação Ecológica do Jataí where this species was collected.

Comments. Brazilian species have been collected predominantly in areas of rain forests, Amazonian and Atlantic Forest ( Fig. 22View FIGURE 22). Specimens of Boethella jatai  sp. nov. were sampled in a savanna area (cerrado sensu stricto), but mostly in the wet period. 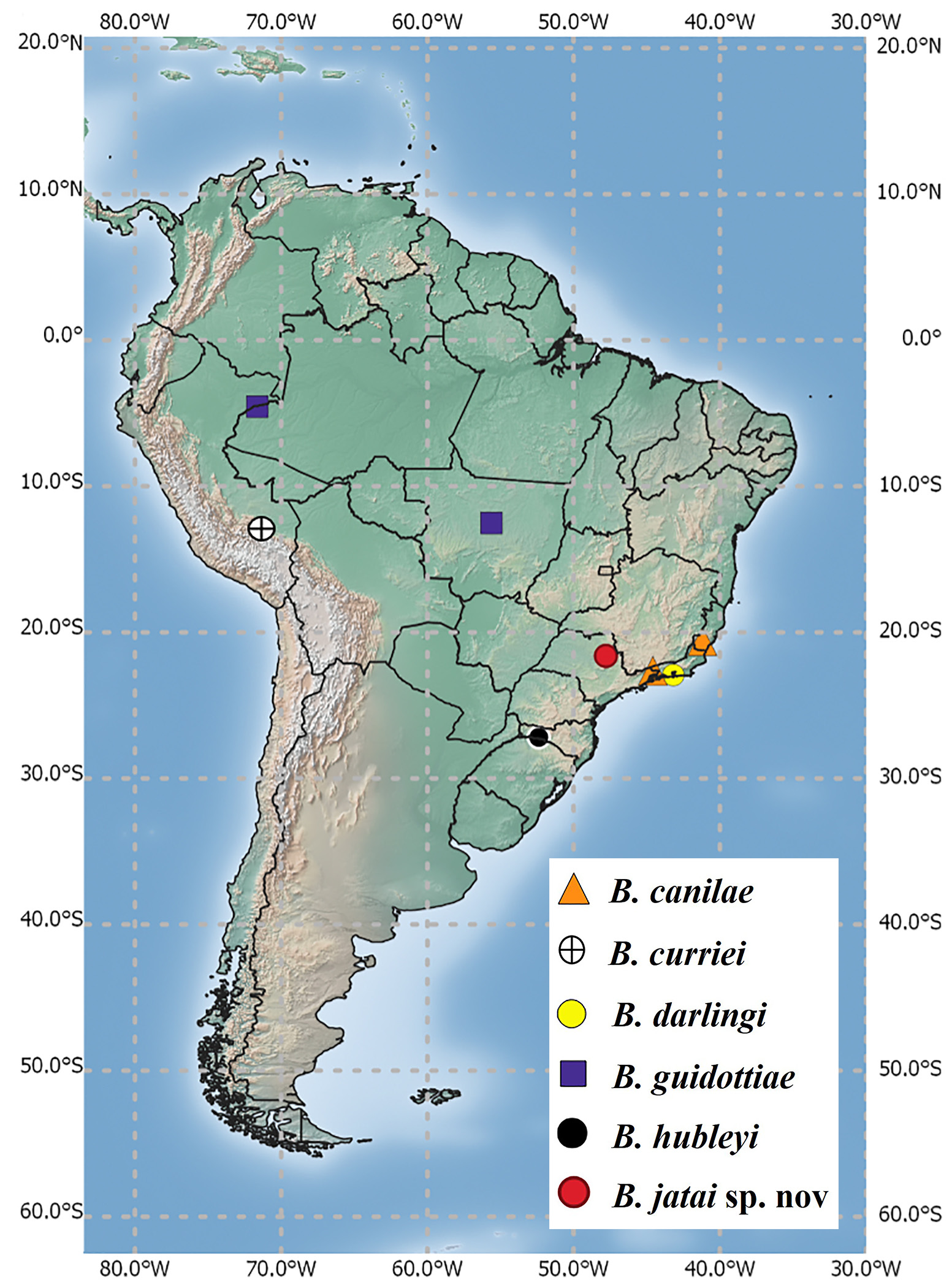 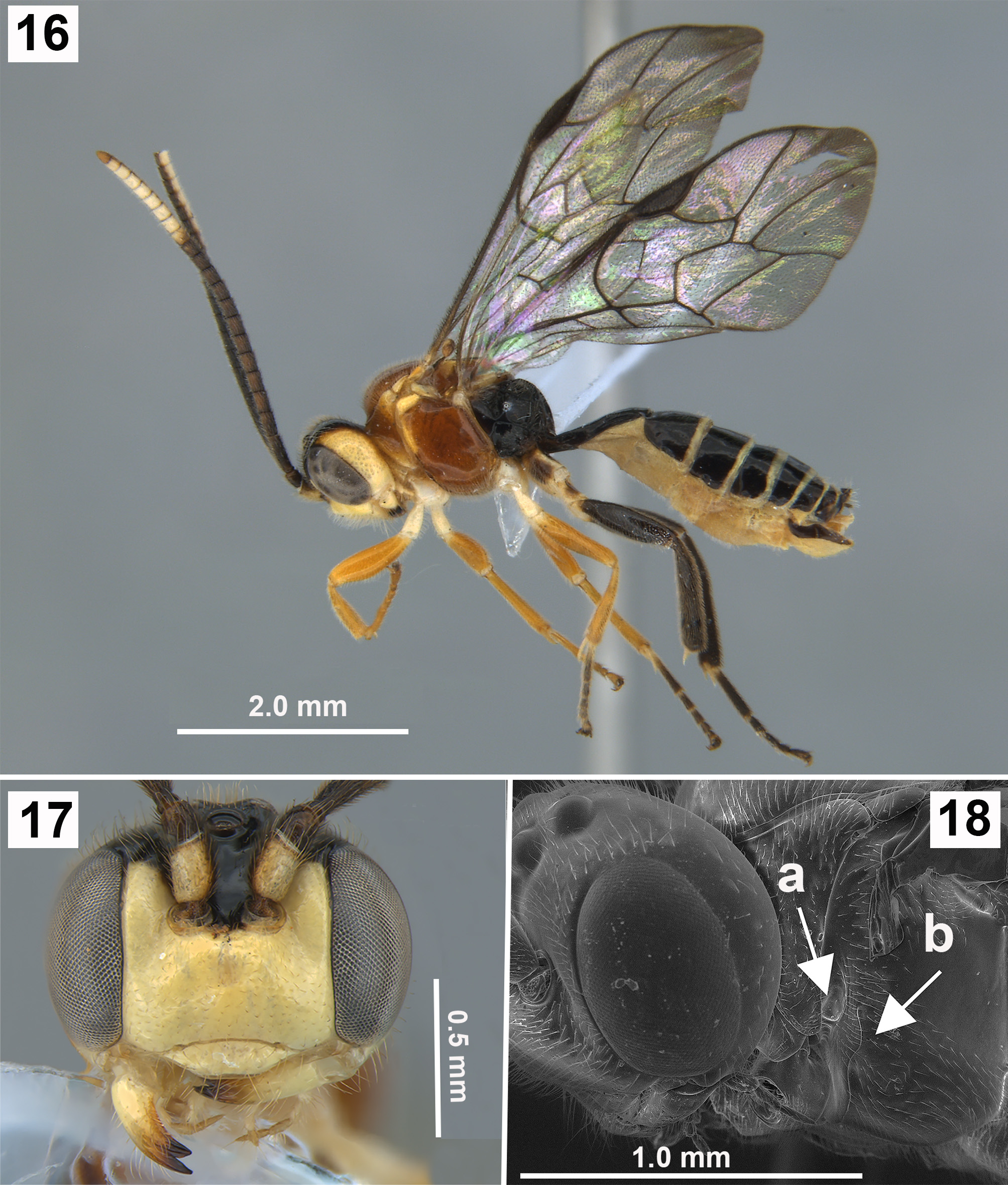 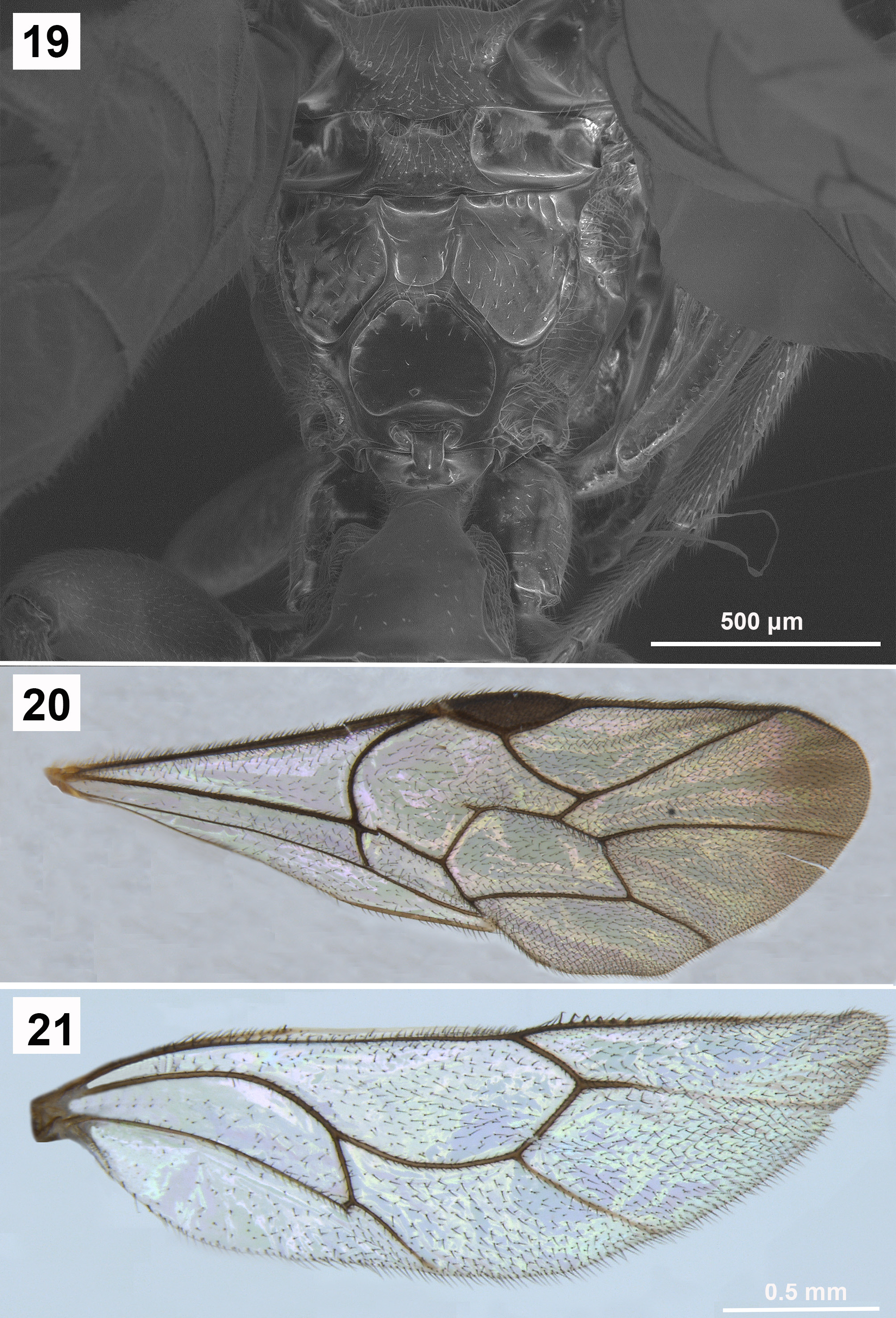