See Schuchert (2010) for a complete synonymy.

Habitat type. The colonies have been found in depths from nearly the water surface to 30 m ( Gravili et al. 1996; this study).

Substrate. The polyps of this species grow on a variety of substrates, including Bryozoa, where colonies grow under the skeleton of the bryozoan host, algae, sponges, concretions, rocks.

Medusa. Adult. Mature medusa short-lived (matures within 5 days), not much different from young one, tentacles and manubrium longer, gonads interradial, females with 2 eggs per quadrant.

Developmental stages. Newly released medusa almost spherical; with 4 perradial, oval nematocyst patches containing stenoteles on exumbrella; manubrium tubular, simple, spanning about half of the subumbrellar cavity; 4 radial canals, well visible, no linear swellings; without visible gonads; 4 marginal bulbs, one opposite pair large, the other very small; each large bulb bearing one long, tapering, contractile tentacle with cnidophores, cnidophores all on one side of tentacles, contractile, each with usually 3–5 macrobasic euryteles, distally with long cilia.

Remarks. The whole life cycle was examined in the present study. As remarked by Gravili et al. (1996), the hydroid of Z. giancarloi  is similar to that of Z. costata  , but the two species differ in cnidome and host (a bryozoan instead of a bivalve). The two types of macrobasic euryteles in the Z. giancarloi  hydroid are a distinctive character, readily differentiating the species. 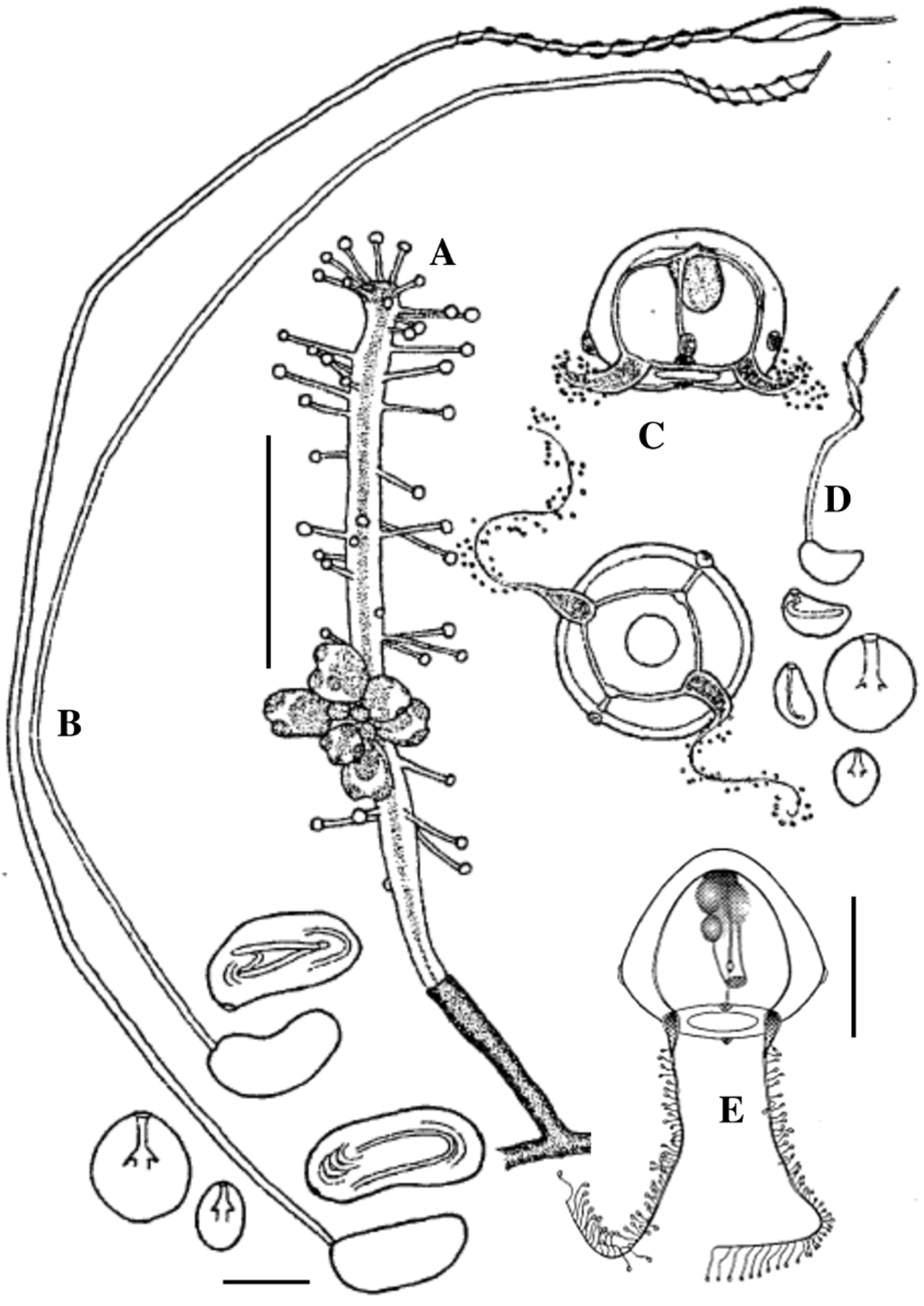