Description (based on our own observations; Pagliara et al. 2000):

Seasonality. From January to December in Salento waters (De Vito 2006; this study).

Remarks. The whole life cycle was examined in the present study. Some planulae settled on the underside of the surface film of water and gave rise to floating colonies that developed for weeks in that position (for more details see Pagliara et al. 2000). As in all other Clytia  species with amphicoronate tentacles, the tentacles oriented downwards lay on the perisarc projections between adjacent cusps, the ones oriented upwards are sustained by cusps. The number of tentacles, as a rule, should be double the number of cusps. Green forms attributed to Clytia hemisphaerica  might be referable to the present species. 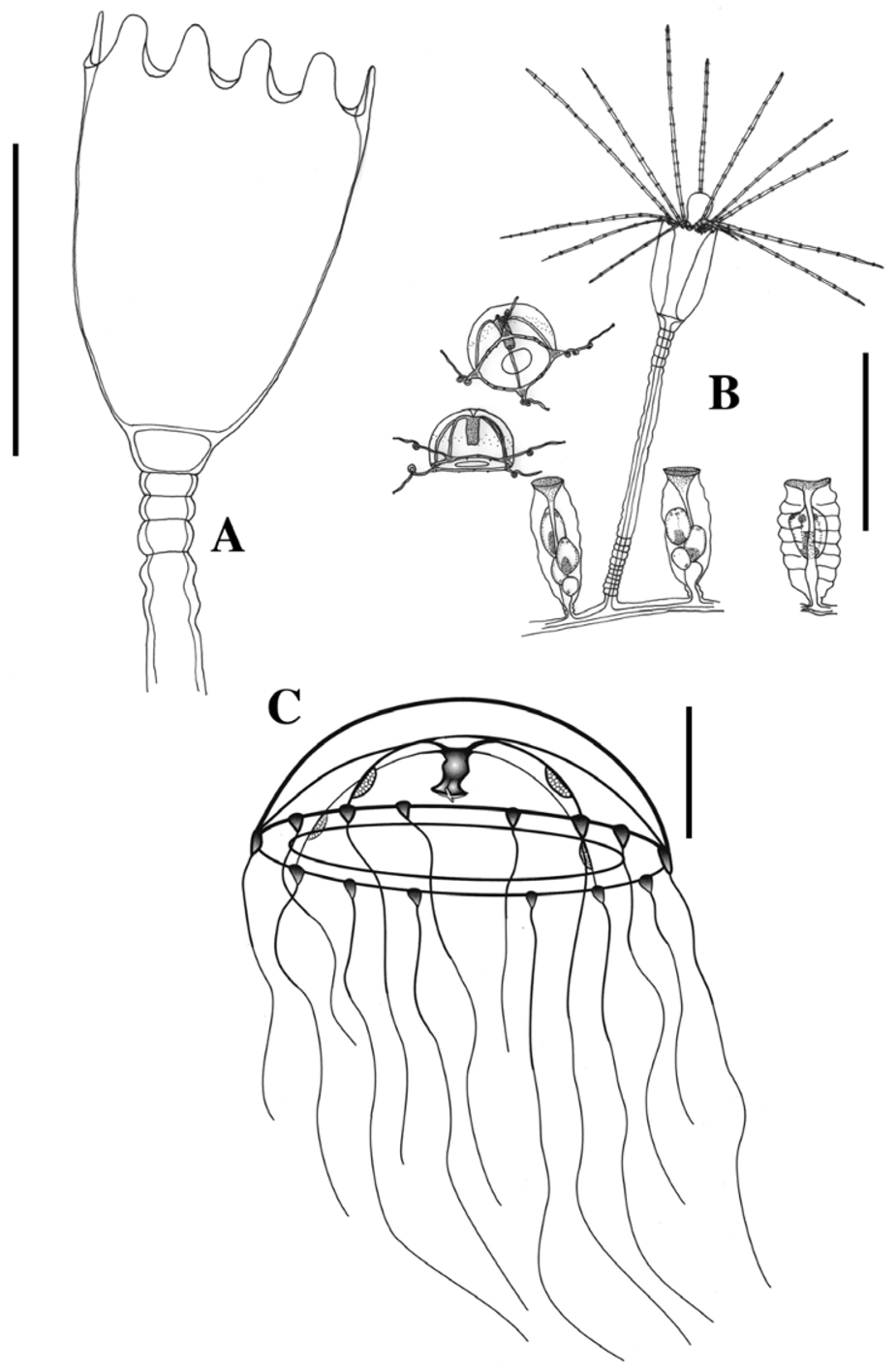