This specific epithet is derived from the Spanish word ‘ arenisca   ’, meaning ‘sandstone’, and is treated as a feminine noun in apposition. The name alludes to the apparent strong preference of this species to forest growing on sandstone substrates.

ABDOMEN. Eighth sternite divided into two sclerotized patches: a thin band at base of eighth abdominal segment, and a distal broader patch.

DORSAL FOREWING. Ground color light brownish, distally slightly paler; black androconial scales present in middle of DFW from base to submedian area, except for immediately adjacent area around swollen Subcosta and Cubitus, in addition to area anterior to Radial about distal one-fifth of DFW; trace of submarginal band visible.

Most individuals lack an ocellus in VHW Rs-M 1, or if it is present, it is very small (much smaller than that in 2A-Cu 2). However, in one male (FLMNH-MGCL-297332) and one female (FLMNH- MGCL-297320), both barcoded (MUSM-LEP-64859 and MUSM-LEP-64857, respectively), it is rather more developed, approximately half the size of that in cell 2A-Cu 2. The size of the VHW ocelli is also slightly variable, with smaller ocelli being more rounded. The ventral ground color is darker in some specimens, in which the paler brown rings surrounding the ocelli are also more conspicuously paler. The combination of the ventral arms of the tegumen and dorsal arms of the saccus is sinuous and bent at a right angle below the appendices angulares in the male paratype, whereas it is rather straight in the holotype; the curvature of the phallobase is variable between the two dissected males.

This species is known to date from a highly restricted range (ca 70 km between the most northerly and southerly localities) in the Cordillera del Cóndor, an eastern outlier of the tropical Andes that lies along the border of Ecuador and Peru, and several ridges in the adjacent Río Zamora Valley in southeastern Ecuador.

A first instar was found in one dissected female (SN-17-174) and its head capsule is illustrated in Fig. 13. A View Fig female specimen from Alfonso Ugarte, Amazonas, Peru in MUSM may represent this species, but the sclerotized portion of ductus bursae extends about three-fourths the distance from ostium bursae to corpus bursae, which contrasts with the rather short ‘sclerotized tube’ of the two barcoded females from Zamora-Chinchipe, Ecuador (MUSM-LEP-08939 and MUSM-LEP-64858; see Fig. 1 View Fig ). Based on this inconsistency, a female specimen in MUSM [Alfonso Ugarte, 2–3 km N PV3; [3°54’S, 78°26’W]; 1600–1750 m; 16 Jul. 1994; G. Lamas leg.; MUSM-LEP-105658] cannot be identified reliably as Z. arenisca   sp. nov. and is, therefore, excluded from the type series.

Zischkaia arenisca   sp. nov. is recovered as sister to Z. chullachaki   sp. nov. based on COI barcode data (see Fig. 1 View Fig ), but the genetic distance between these two taxa is atypically low for divergence between species ( Table 4 View Table 4 ). Such low divergence might suggest conspecificity of these taxa, but the two species are recovered as moderately supported clades, with a number of consistent morphological differences (see above). In particular, the elongate, ‘egg’-shaped VHW ocelli and reduced, less prominent dorsal androconial scales of Z. arenisca   sp. nov. support regarding these taxa as distinct species rather than as conspecific.

In southeastern Ecuador, this species is known from three localities, all of which support a species of climbing bamboo. Two of these sites are sandstone ‘tepuis’ that have been mined for their sand, evidently because of its purity, and the poor soils on the slopes and ridges apparently support only stunted forest. An unidentified species of Chusquea Kunth   ( Poaceae   : Bambusoideae   ) (identified by Lynn Clark) was common at one site, the ridge east of San Roque, where it grew abundantly over remnant trees and bushes along the edges of the dirt road to the mine site on the ridge top. A similar, or the same, bamboo species was likewise common along the Sumak Yaku mine road (see Fig. 15A View Fig ), and was observed along the edges of forest and inside disturbed forest beside the village of Shaime, although it was absent along most other forest trails and roads in the region. Two females were collected at the edge of a large bamboo patch on the ridgetop at San Roque (see Fig. 15B View Fig ), flying and resting within 2 m of the ground from 09:00 to 12:30, while two other females were flying along the edge of a dirt road near bamboo from 11:30–12:30. A number of males were observed and collected flying rapidly 1–4 m above the ground, from 10:25 to 11:20, in a sunny but sheltered corridor between two patches of vegetation covered with bamboo near a ridgetop at Sumak Yaku. The presence of multiple males and repeated flight paths suggests territorial behavior. Numerous males were also collected at the same site in traps baited with rotting fish, hung 1 m above the ground in the understorey of secondary forest with abundant bamboo. Despite a reasonable amount of effort collecting and trapping at other forest sites in the region, Z. arenisca   sp. nov. was not recorded anywhere else, highlighting its apparent dependence on the climbing bamboo with which the adult butterflies were always closely associated. 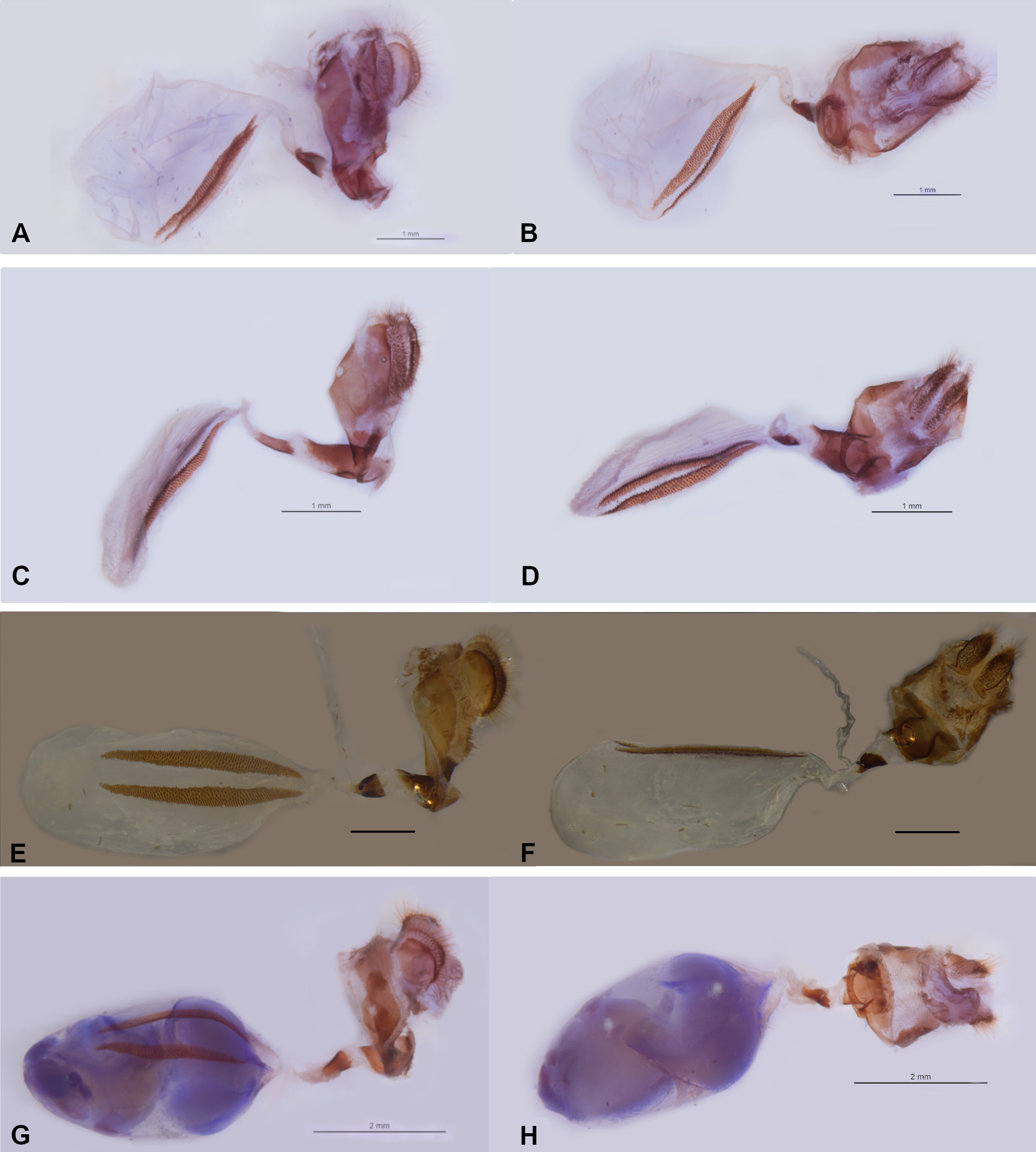 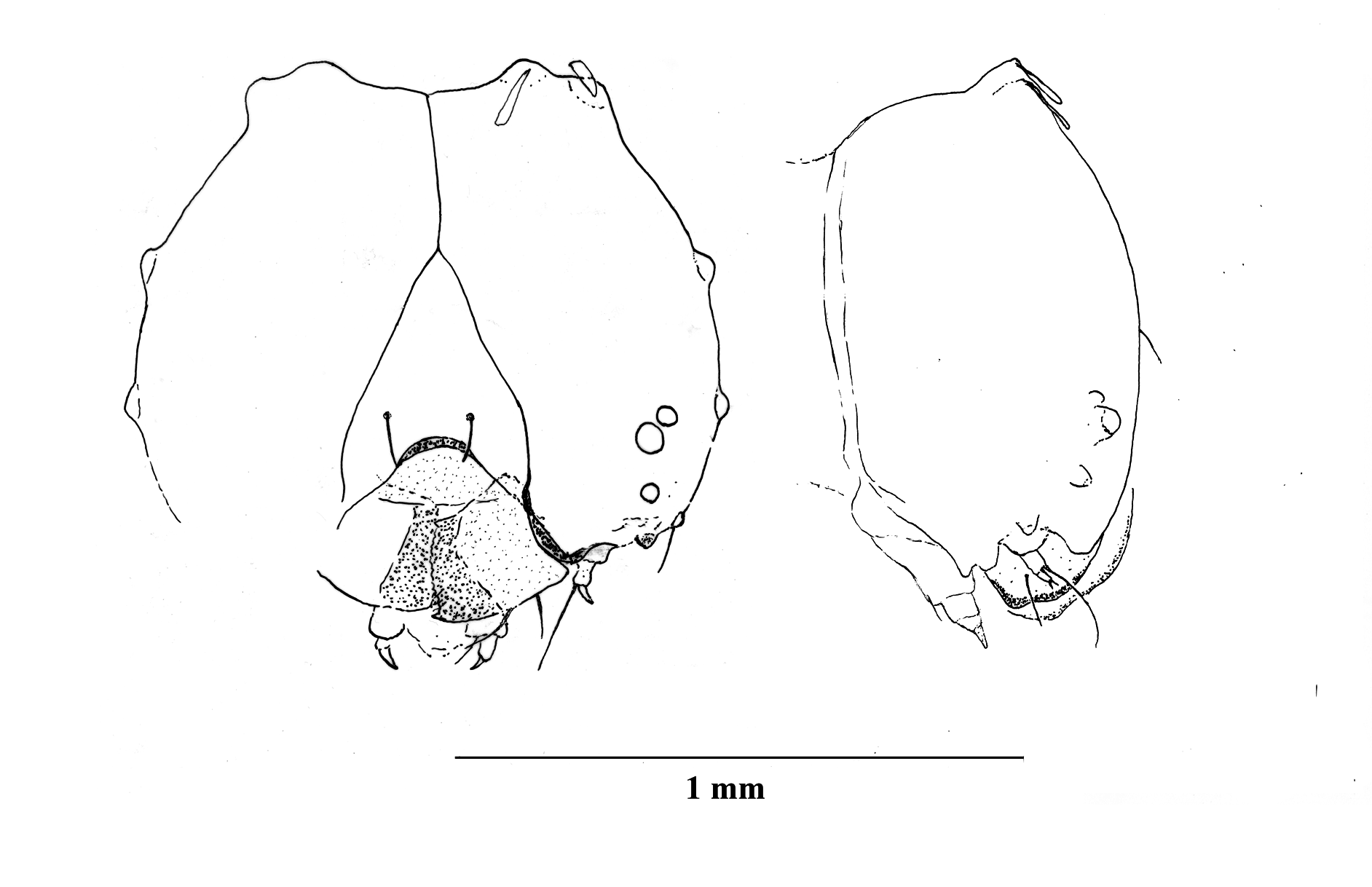