Diagnosis: Medium sized, slender, apterous stoneflies living on glaciers of southern South America. Larvae with large eyes (maximum head width larger than thorax), thin short legs and relatively short antennae and cerci. This species can be distinguished from A. willinki  , the only other known species of the genus, by the posterior margin of tergum X extended into a posteriorly directed acute lobe and a well-developed, conical epiproct in adult males.

Same as holotype, except segment X lobe slightly thinner and with more acute apex. In the two specimens collected in 2019, the dorsal side of the epiproct is more heavily sclerotized.

Same as male holotype except: Head. Mostly bare, with a few short setae on antennifer inner margin and with small dots, only visible under high magnification that may be bases of small setae. Antennae bare, with 30–32 annuli, as long as 2.5 maximum head length. Labrum bare.

Etymology. We name this species morenensis  , in reference to its type locality, the “Perito Moreno” Glacier. 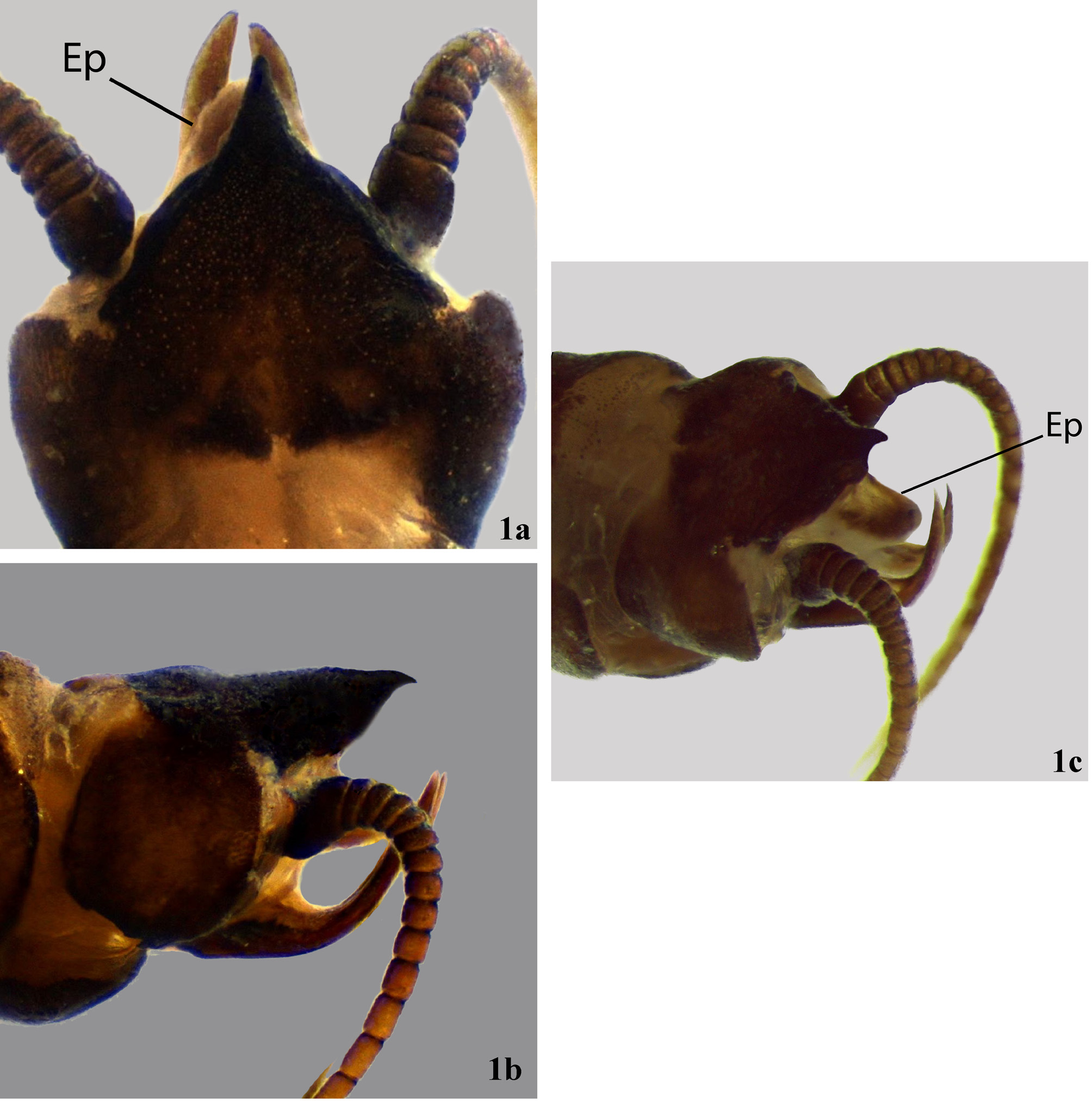