Pronotum oblong, slightly longer than wide, and narrower than two elytra together in closed position; widest at level of straight anterior margin, slightly convergent towards rounded posterior angles, concavely narrowed in basal third, posterior margin moderately convex, disc with short impunctate midline of about one third of pronotum length and directly in front of pronotal base; punctation and pubescence similar to those on head. Scutellum triangular, densely covered with black velvety pubescence, with golden pubescence at anterior angles.

Distribution. Known only from the type locality in Guangxi, China.

Remarks. In habitus the new species is similar to O. murinus ( Linné, 1758)  , but differs from the latter in the shape of head, the colour of antennae and the shape of male genitalia.

Etymology. The species is named after the type locality, Napo, in Guangxi Province, China. 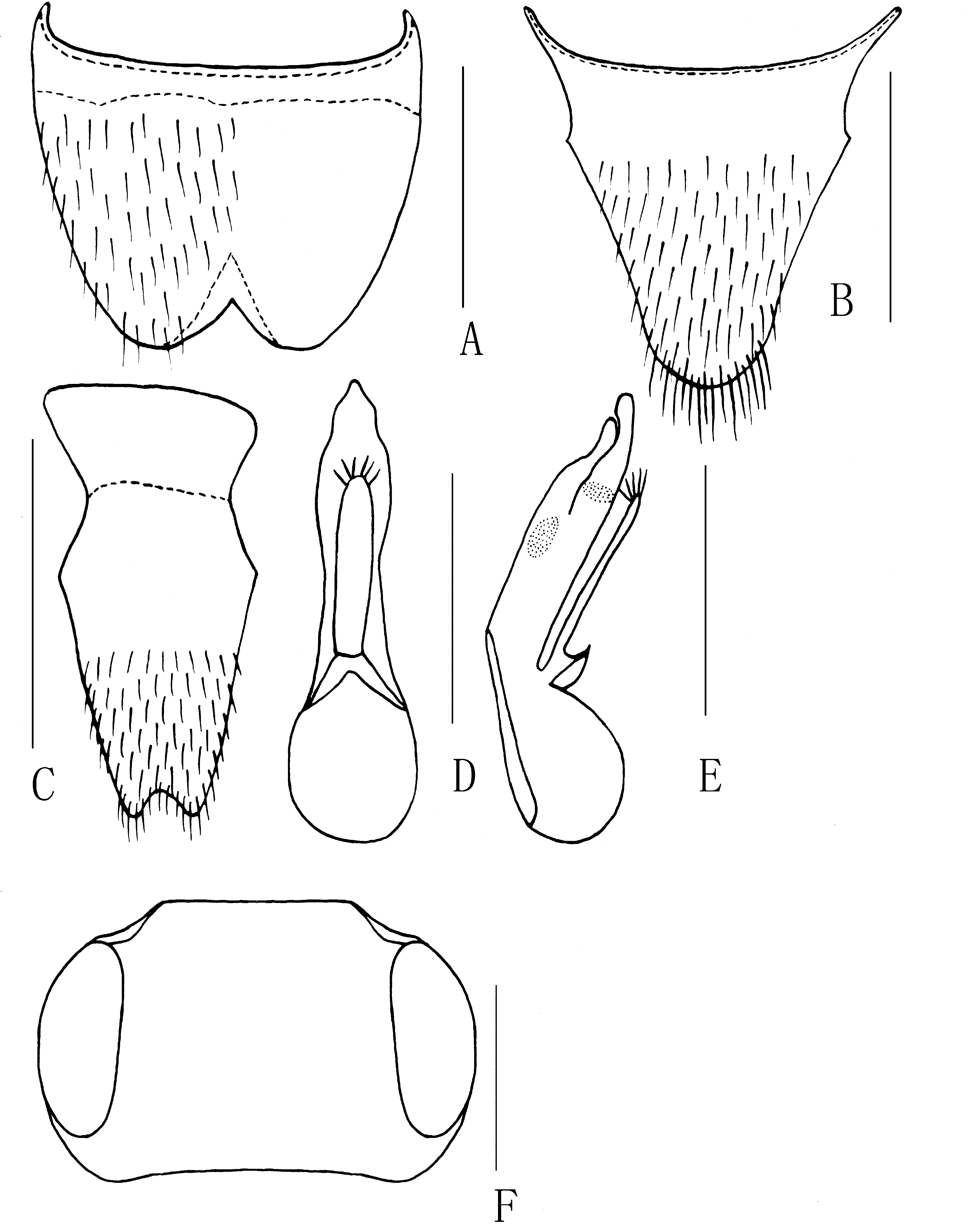