Comments. Differing notably from all other species, A. bicolor  sp. n. has infuscate wings with a very long second submarginal cell; the petiole is mostly smooth and polished but costate latero-apically (while in all other species the median region has some sculpturing and the latero-apical areas are smooth); the propodeum has a triangular areola covering most of its length, and the anterior pair of transverse lateral carinae is absent. The large and red-brown ovipositor is also a diagnostic character distinct from all other known species.

Etymology. The species name is a reference for the striking contrasting colors of mesosoma  and metasoma. 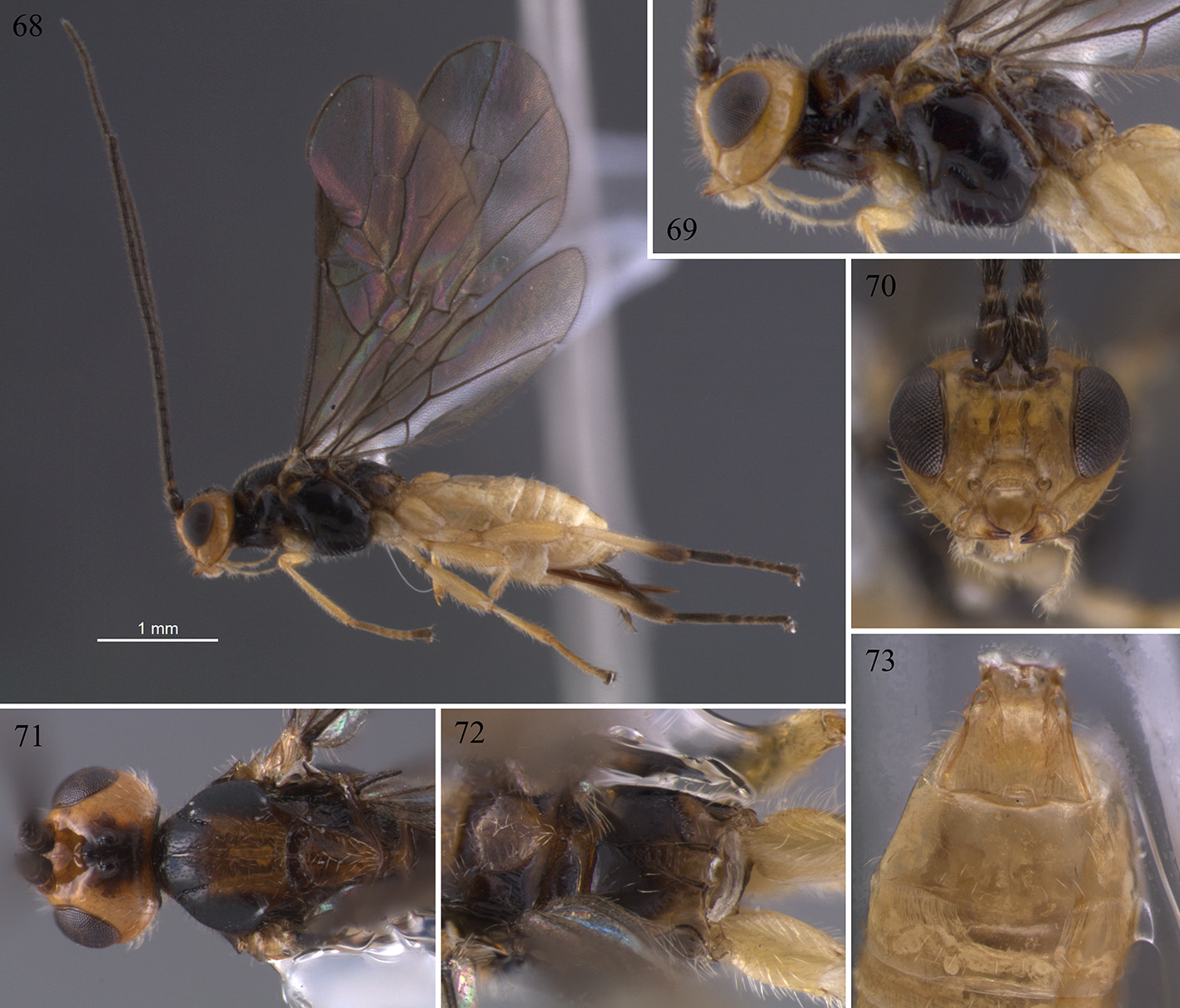