As Thaicypris gen. nov. is monospecific at present, the differential diagnosis is largely the same as for the genus.

The species is named in honor of Prof. Dr Somsak Panha (Chulalongkorn University, Thailand) for his outstanding work on animal biodiversity in Thailand and Southeast Asia as well as for his effort to encourage young scientists in taxonomy and systematics studies in Thailand for a long time.

T2 ( Fig. 6A–B View Fig ). With d1 and d2 setae subequal in length. Second segment with short e-seta (reaching beyond mid-length of penultimate segment). Penultimate segment divided, medially with long f-seta (reaching beyond tip of terminal segment), distally with apical g-seta and one short accompanying seta (length ca half that of g-seta). Terminal segment with two (one dorsal, one ventral) short apical h1 and h3 setae (subequal in length) and serrated claw (h2), length of h2 longer than that of penultimate segment.

The basal triangle of the CR-attachment ( Fig. 6C View Fig ) was narrow and located on the side of the dorsal branch. This aspect seems to be unusual, which possibly results from the distortion of the structure under the microscope. As only one male specimen has been encountered, the variability of the male appendages and reproductive organs is unknown. 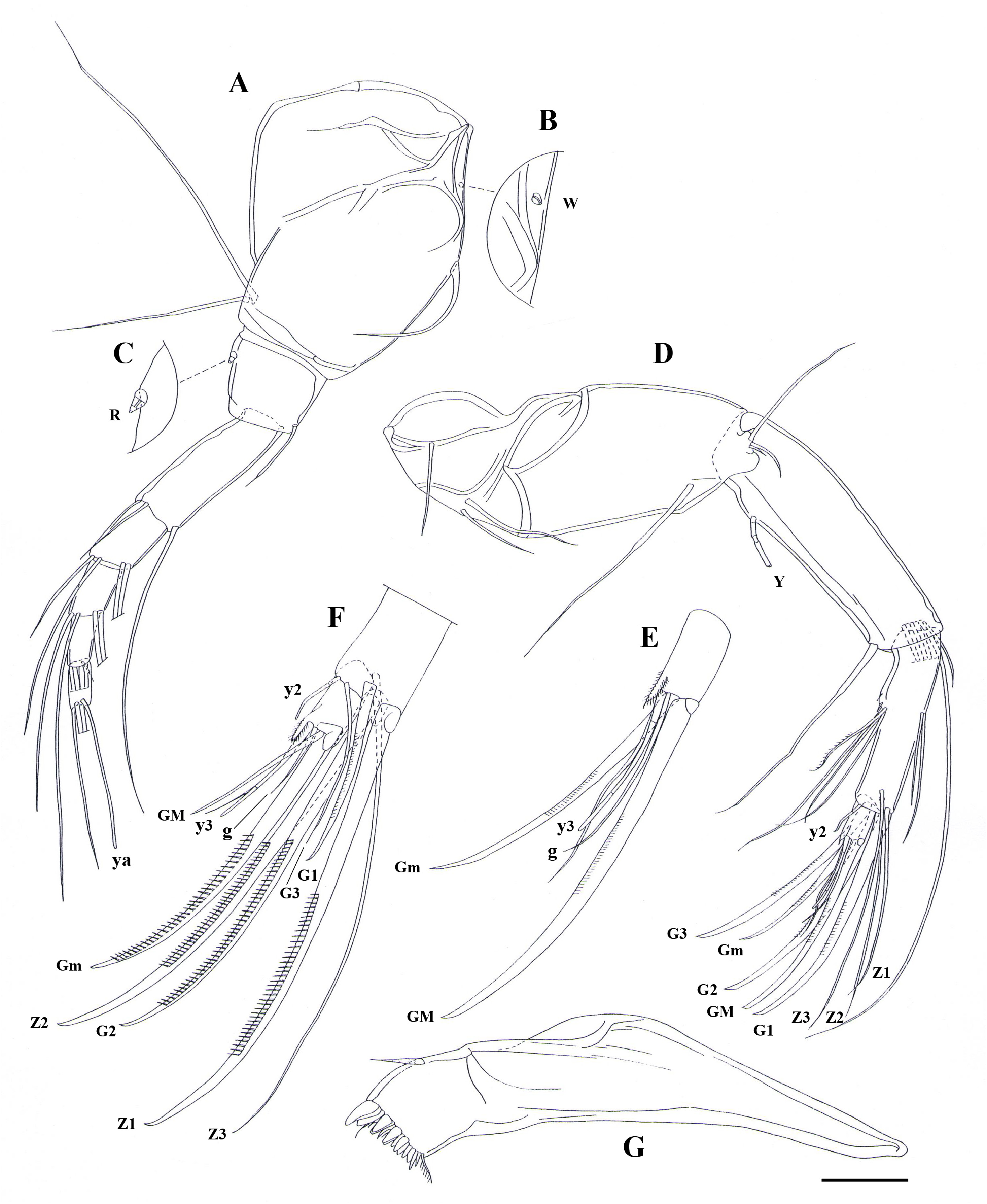 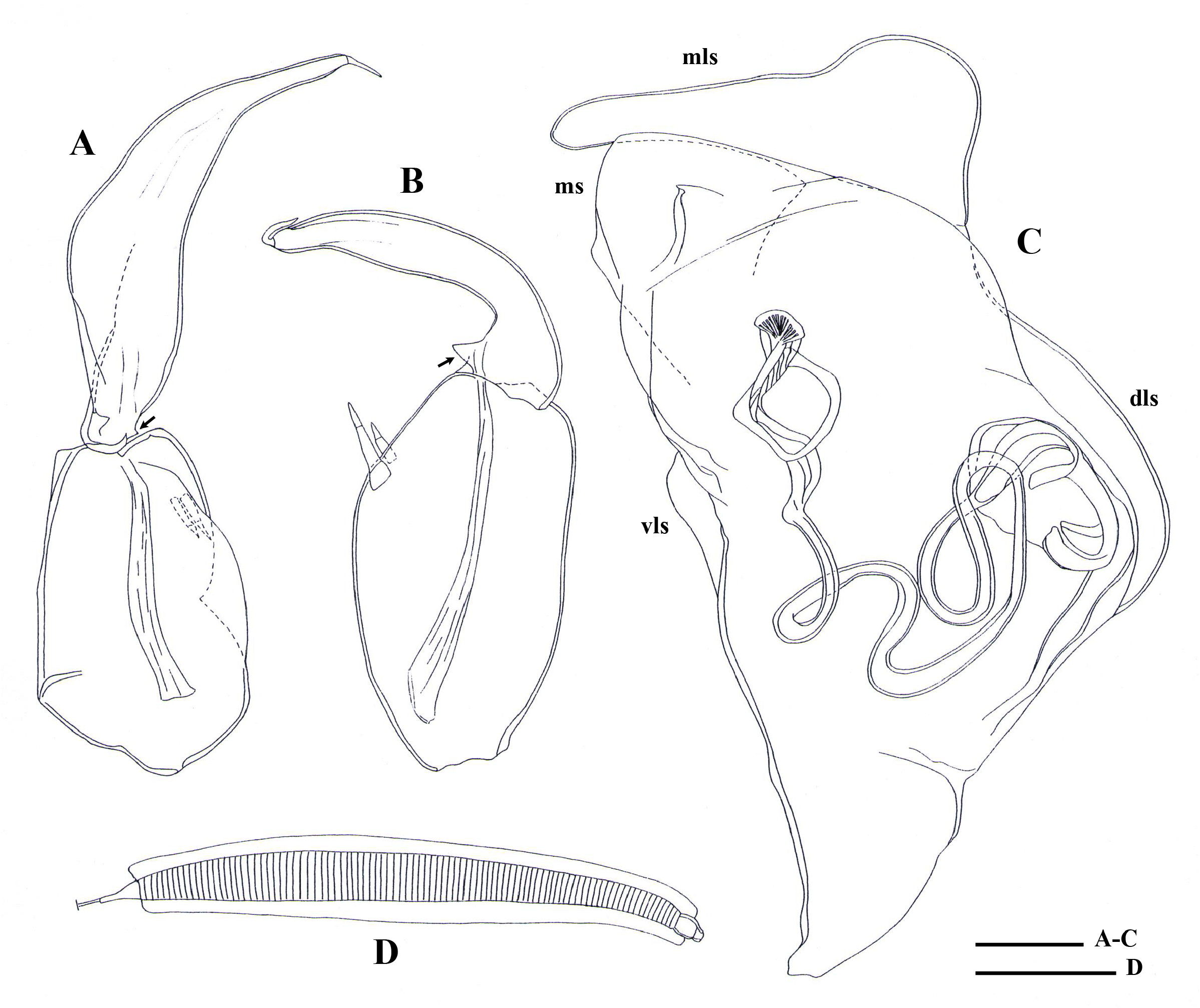