The species was originally described from a single poorly preserved male from a poorly specified type locality (“Orinoco”) that Eugène Simon had erroneously identified as Hedypsilus  (= Modisimus  ) culicinus  and that he had joined with the holotype of M. culicinus  in a single vial. Part of the newly collected material below is from Ciudad Guayana, close to Ciudad Bolívar, which, given its historical importance, may well have been the collecting site of the type specimen in the late 19 th century. Collecting date and collector of the holotype are unknown (the material was not  collected by E. Simon as erroneously stated in Huber 1997b).

The newly collected specimens were compared with the male holotype and with the types of Modisimus minimus  . All relevant structures (male palp, male chelicerae, epigynum) were found to be identical.

Apparently widespread in Venezuela  , recorded from the states Bolívar, Portuguesa, Trujillo, and Mérida (Fig. 1058). The map in Fig. 1058 gives Ciudad Bolívar as type locality, but this is speculative (see Notes above).

At Ciudad Guayana, the newly collected specimens were mostly found in relatively dry leaf litter (a thick layer of palm leaves and dicot leaves) in a strongly altered area of the Park. Few specimens were collected from pieces of bark on the ground in a more natural forested area of the Park, together with Blancoa piacoa Huber, 2000  . Near Las González, the spiders were abundant in dry leaf litter in a forest fragment near a small stream at the base of an arid hill; the species did not  seem to occur under rocks higher up the hill. Near El Encanto the spiders were collected under rocks in a forest; they ran rapidly as soon as the rock was moved. Some females had a large, whitish genital plug. Three egg sacs contained ~5– 8 eggs each. 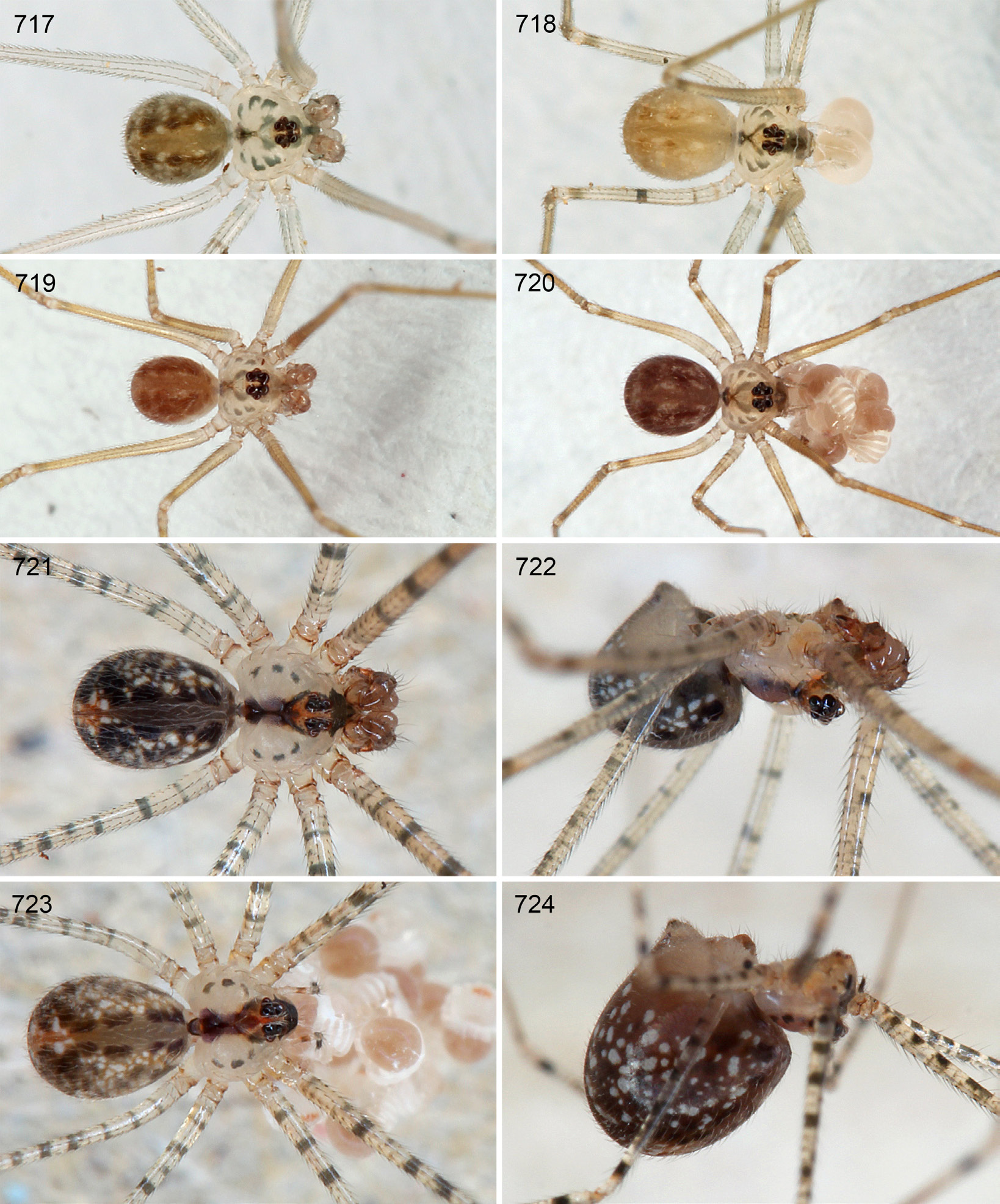