Diagnosis. A new species of monitor lizard clearly assignable to the V. salvator complex, which is characterized by high scale counts in general, (1) particularly around the tail at its base (character Q = 112– 117, mean = 114.50), (2) after one third of its length (character R = 57–60, mean = 58.50), (3) as well as around midbody (character S = 152–157, mean = 154.50), (4) round the neck (character m = 120–129, mean = 124.50), and (5) along the ventral side (character TN = 183–187, mean = 185.00). For remaining scalation features we refer to Table 3 View TABLE 3 . In addition, the colour pattern of the juvenile and adult type specimens distinguishes the Tawi–Tawi monitor lizards from all other known water monitor populations. In the juvenile paratype, (6) the salvator -typical dorsal colour pattern is replaced by a finely spotted pattern of small bright dots arranged in about twelve indistinct transverse rows between the fore and the hind limbs. Ventrally, (7) the juvenile paratype specimen shows about eleven dark crossbands between the fore and hind limbs and (8) distinctive dark spots on the throat. The adult holotype (9) has a melanistic appearance mottled with many single bright or marginally bright scales lacking any distinct dorsal colour pattern, (10) a dark belly with indistinctive bright median bars, and (11) a dark throat with little bright mottling.

Colour pattern (in preservative): The holotype shows a dark brown dorsal side lacking a distinctive colour pattern. The dorsum is mottled with many partly or marginally bright scales. Limbs, neck and base of tail are dotted with single bright scales. The digits are covered with dark scales, some of which have a bright spot in the centre. The first scale after each claw exhibits a large whitish dot. After one third, the tail exhibits an indistinctive pattern of bright and dark blocks. The seven bright parts are interspersed with numerous dark scales. The head is dark brown, the regions around the nostrils are somewhat brighter, and distinct bright crossbands on the snout are absent. The tongue is flesh-coloured at its base becoming bluish-grey only dorsally after about one third of its length. The granular scales around the eyes are whitish. A bright temporal streak between eye and tympanum is absent. Ventrally, belly and chest are dark with indistinctive bright median crossbars. The throat is dark with little bright mottling. The chin becomes bright towards the tip of the snout, lacking distinctive crossbands or V-shaped markings. The limbs are covered with dark bordered bright scales. The tail is whitish at its base with an indistinctive pattern of alternating bright and dark crossbands on the second half.

Genital morphology: The left and right hemipenes are party everted in the male holotype specimen ( Fig. 21 View FIGURE 21 ). In this state, the copulatory organs are about 40 and 30 mm long, respectively. The left hemipenis is apically broadened passing into two asymmetrically shaped lobes. As far as visible, both genitalia are fleshcoloured, only the pedicel and the truncus being dark pigmented at its basal smooth paryphasman-free parts. The sulcus spermaticus is basally oblique, mesially running straight to the apex. The outer sulcal lip is more developed, the sulcus being largely open from the pedicel toward the apex. The paryphasman rows (‘frills’) are strongly developed and asymmetrically arranged. Only the proximal asulcal paryphasman rows are continuous and enter the sulcus spermaticus. Eleven paryphasman rows are visible starting from the proximal asulcal side of the truncus. The lower truncus and pedicel are unornamented.

Intraspecific variation. See Table 3 View TABLE 3 for a summary of main morphometrics and scalation features of V. rasmusseni sp. nov. While the scale counts of both type specimens show only little intraspecific variation, clear differences in colour pattern are observable ( Tab. 5 View TABLE 5 ). The juvenile paratype exhibits distinct transverse rows of small bright spots on a dark brown background ( Fig. 22 View FIGURE 22 ), while the adult specimen lacks any such markings, and rather, has a melanistic appearance interspersed with numerous partly bright scales on dorsum, legs, neck and base of tail ( Fig. 19 View FIGURE 19 ). This pattern increases towards the tail, where single bright scales form some strongly reduced transverse rows of small dots. Ventrally, the distinct dark crossbands and spots shown on belly and throat of the juvenile are dissolved in the adult specimen, where the throat is entirely dark with little bright mottling ( Figs. 20 View FIGURE 20 , 23 View FIGURE 23 ). A bright temporal streak is visible in the juvenile paratype. Under the chin, three faded dark crossbars are discernable in the juvenile, which are not visible in the adult. The tip of the snout is bright brown with indistinctive dark crossbands.

Distribution. Currently, V. rasmusseni sp. nov. is only known with certainty from the type locality Tawi– Tawi Island, Sulu Archipelago, Philippines ( Fig. 34 View FIGURE 34 ). In all likelihood, the new taxon also inhabits some smaller islands nearby like Siasi, Sanga–Sanga, and Bongao of the Tawi–Tawi island group. Gaulke (1995, 1996) reported that the same kind of water monitor (at that time still allocated to V. s. marmoratus ) occurs on all these islands, which formerly formed part of Greater Sulu. Gaulke (1995, 1996), however, did not make any statement about the monitor populations of the Jolo group further northeast towards Basilan and Mindanao, the range of V. cumingi .

Whether V. rasmusseni sp. nov. lives sympatrically with V. palawanensis sp. nov. on Sibutu Island or the Tawi–Tawi group, respectively, cannot be excluded at the moment (see below). According to Gaulke (1992, 1996) only one monitor lizard species was found on each of the Sulu Islands visited. Interestingly, Taylor (1918), who visited more than a dozen of the smaller and larger islands of the Sulu Archipelago, did not record a single water monitor specimen.

Etymology. The specific epithet rasmusseni is a patronym honouring the late Jens B. Rasmussen (1947– 2005), herpetologist at the Zoological Museum of the University of Copenhagen ( ZMUC), Denmark, since 1977, for his significant contributions to herpetology in general, and for his support of this discipline at the Copenhagen Museum. Hopefully, his position will be reopened one day.

Systematic relationships. Due to high scale counts for several specific features (e.g., around midbody or around base of tail; see Table 3 View TABLE 3 ) and the lack of enlarged nuchal scales, V. rasmusseni sp. nov. shows no similarity to the three established Philippine water monitor species V. c u m i n g i, V. nuchalis and V. marmoratus but rather resembles V. s. macromaculatus from Borneo and V. palawanensis sp. nov. from the Palawan region. The potential close relationship with the latter species is also supported by the similarity in colour pattern. Thus, adult specimens of both species mainly have an unpatterned dark dorsal side. Juveniles of V. palawanensis sp. nov. and V. rasmusseni sp. nov. show small spots in about eight to twelve transverse rows between the fore and hind limbs, while juveniles of V. s. macromaculatus from Borneo have large bright spots arranged in four to seven transverse rows between the two pairs of limbs.

Biology. No data on the biology of this Philippine monitor lizard are available except that they inhabit lowland areas such as coconut groves and coastal regions ( Gaulke 1992 a, unpubl. observ.).

Conservation status. V. rasmusseni sp. nov. is not hunted on the islands of the Sulu Archipelago for food, because the predominantly Islamic population (more than 90 %) does not eat the flesh of monitor lizards. No data on the skin trade are available, but it is unlikely that a large-scale trade exists, especially since the complete ban of the skin trade was issued in 1994. Due to the violent problems between the inhabitants of the Sulu Archipelago and the rest of the Philippines only few transactions take place even in legal businesses. Nevertheless, this little known, endemic Philippine monitor lizard taxon deserves further attention by conservationists, and it would be important to identify the monitor lizard species living in the Jolo Island Group.

V. rasmusseni sp. nov. is restricted to a very small island area. At present it is only known from Tawi– Tawi Island, with an area of 593 km 2. Even if it turns out that other islands of the Sulu Archipelago are inhabited by this species (monitor lizards have been recorded from the islands of Bongao, Sanga–Sanga, and Siasi; Gaulke 1995), its range is still extremely small. Even though monitor lizards were rather common on Tawi–Tawi Island, as well as on other visited islands of the Sulu Archipelago in the early 1990 s (M. Gaulke pers. observ.), the small distribution area renders them as ‘vulnerable’ according to criterion B (and possibly C) of the International Union for Conservation of Nature ( IUCN 2001). 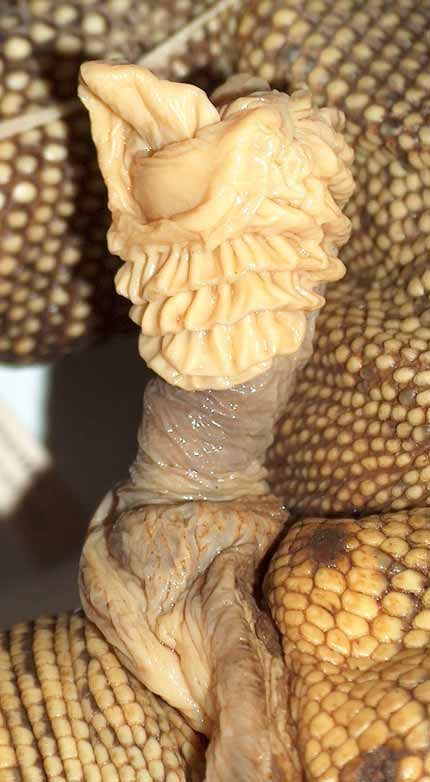 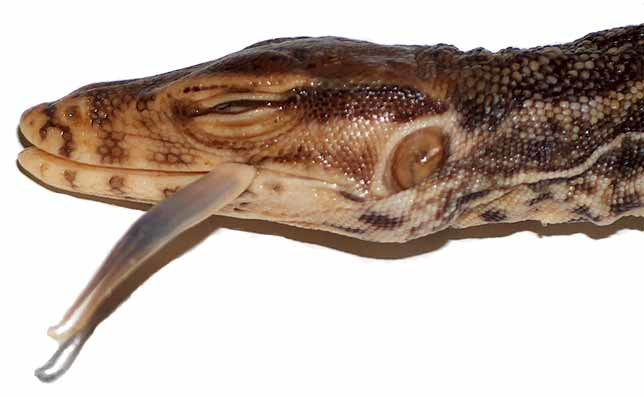