The three specimens (1 Ƌ, 1♀, 1 juv.) in MNHN redescribed in Huber (2005) may or may not include the female described by Simon (1901). Simon’s handwritten label just says “12185 Sp. tessellata E.S. Pen. Malayana   (C. M)”. In any case, we are now conFdent that these specimens, as well as the new specimens collected at Wat Kuhapimuk (see below), are in fact conspeciFc with Simon’s described specimen(s). All details of Simon’s description Ft the newly collected females, and even the distinctive shape of the epigynum (“…in medio depressa, … utrinque oblique truncata, postice leviter prominula”; Simon 1901: 50) exactly Fts the new specimens.

“Jalor, Biserat” was previously erroneously thought to be in Malaysia ( Huber 2005). Instead, several lines of evidence suggest that this is in Yala Province (=Jalor in the Pattani Malay language) in southern Thailand. We actually suggest that the type locality is precisely what is today Wat Kuhapimuk, near Yala City. First, Laidlaw’s (1900) brief account of the itinerary of the Skeat Expedition shows that “Biserat, a village in a small state called Jalor” was visited on the way between Patani and the Kelantan River in northeastern Malaysia. Yala City is located exactly between Patani (=Pattani) and the Kelantan River. Second, Serat (Pattani Malay language) equals Sap (Thai language), suggesting that the village Ban Tha Sap (Thai for ‘village – riverbank – Sap’), located just 2 km from Wat Kuhapimuk, might be identical to Biserat. Finally, another pholcid species described by Simon (1901) in the same publication ( Pholcus diopsis   ) has the type locality “Gua Glap (“Dark Cave”), Biserat, Jalor” ( Simon 1901: 50). We found Pholcus diopsis   in the cave Tham Meud at Wat Kuhapimuk. Thus, we assume that what is today called Tham Meud (Thai = Dark Cave) at Wat Kuhapimuk is identical to Simon’s Gua Glap (Malay = Dark Cave). Unlike Pholcus diopsis   , Savarna tessellata   occurs both inside and outside the cave. The original material was possibly collected outside, explaining the absence of a mention of the cave in the original description.

Both in and outside Tham Meud cave, spiders built domed webs close to the ground, attached to the rocks or rock walls. Inside the cave, spiders were hanging from the apex of the dome while outside the cave they were sitting Fat on the rock surface at the border of the web. No specimens were found in deeper parts of the cave (beyond about 20 m). Fig 1. Known distribution of the genus Savarna; but see Addendum. 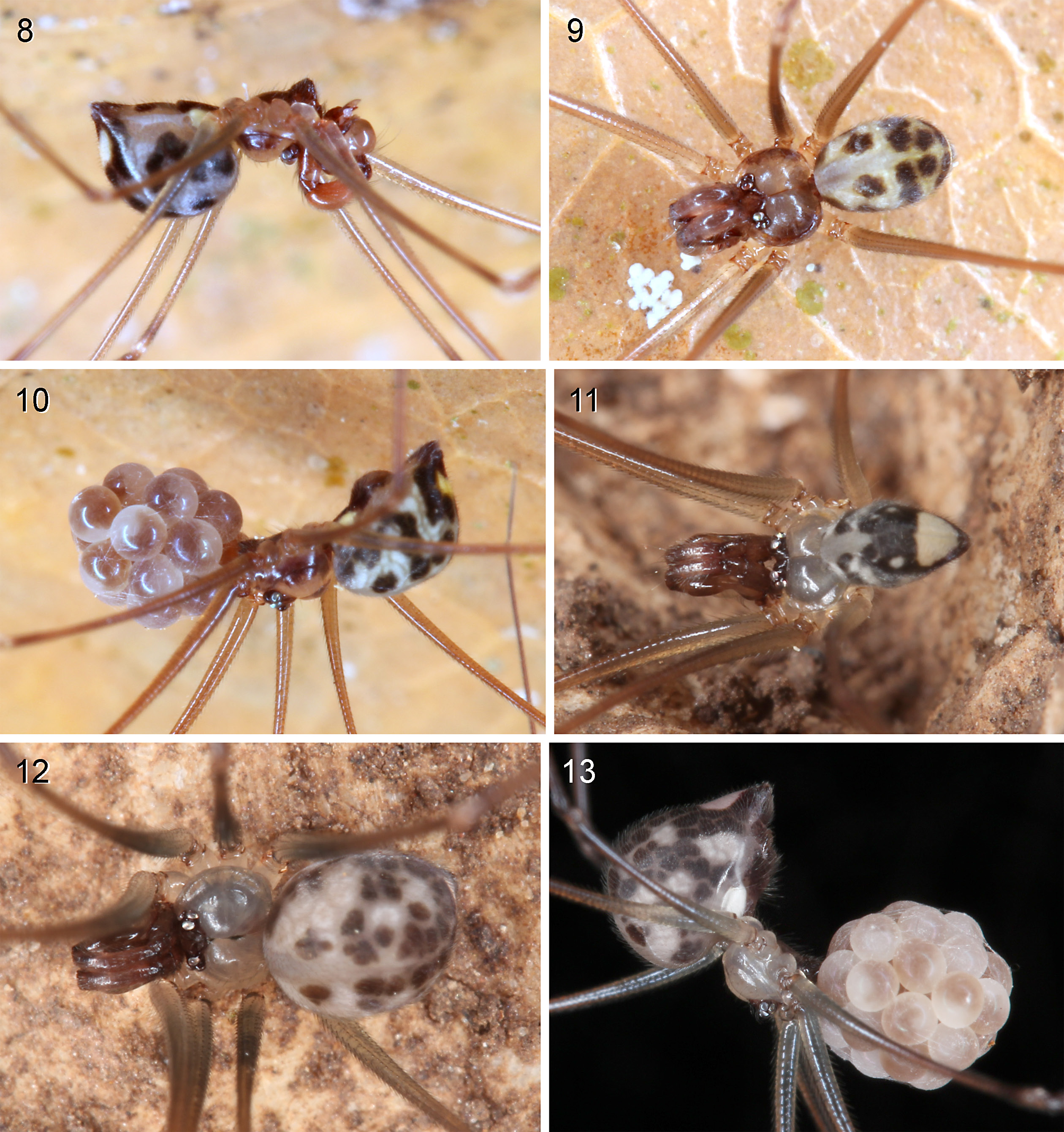 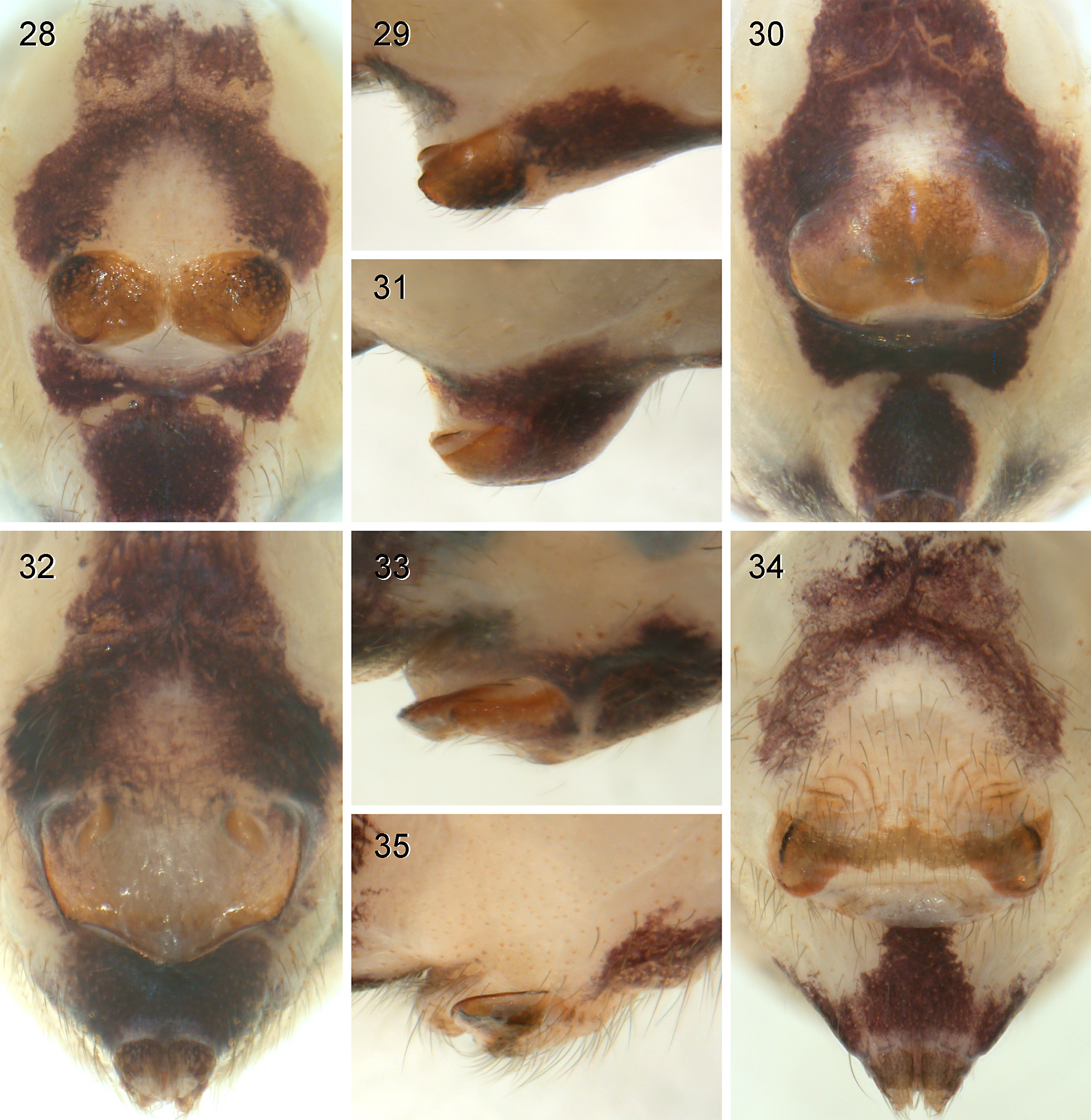 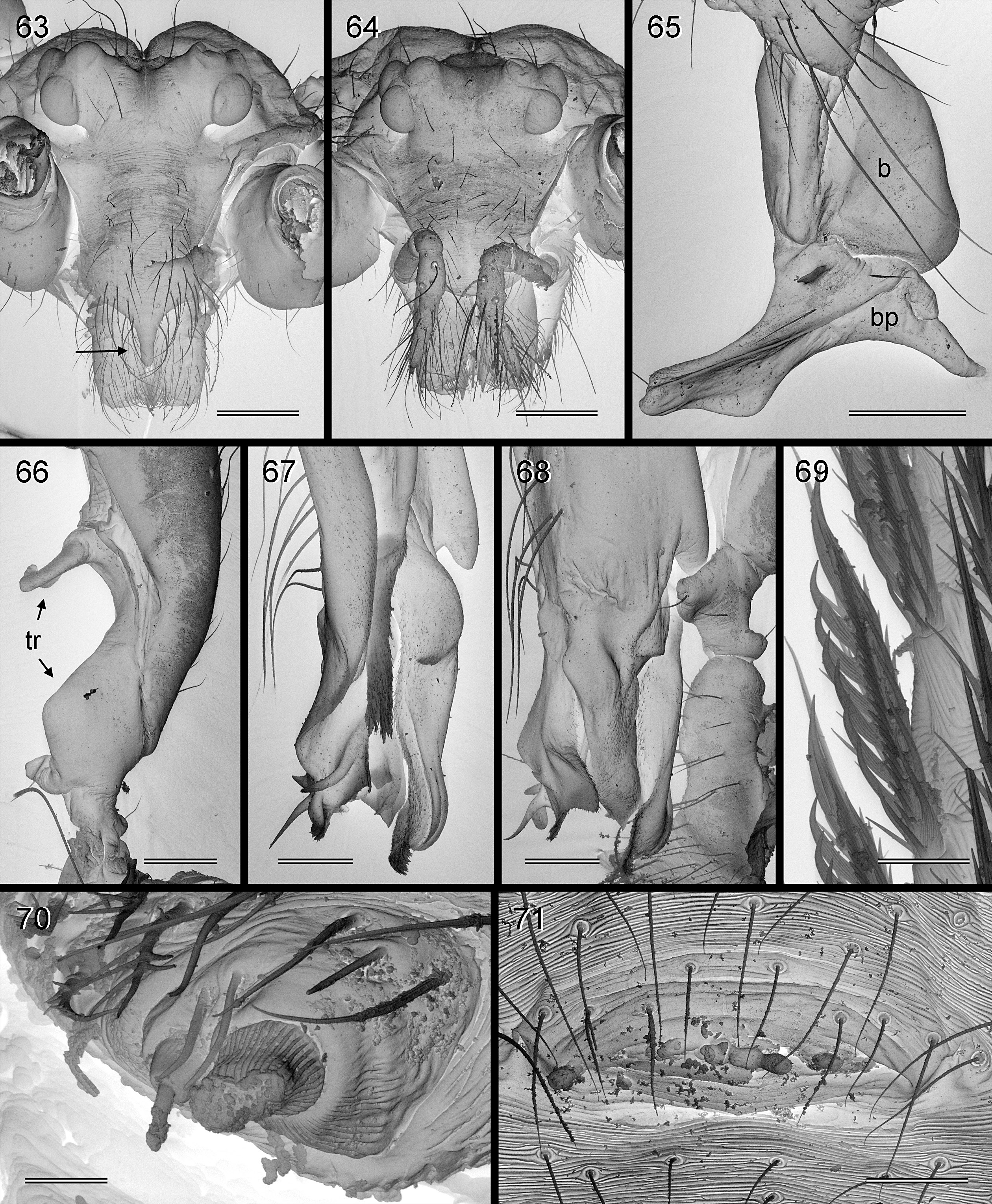 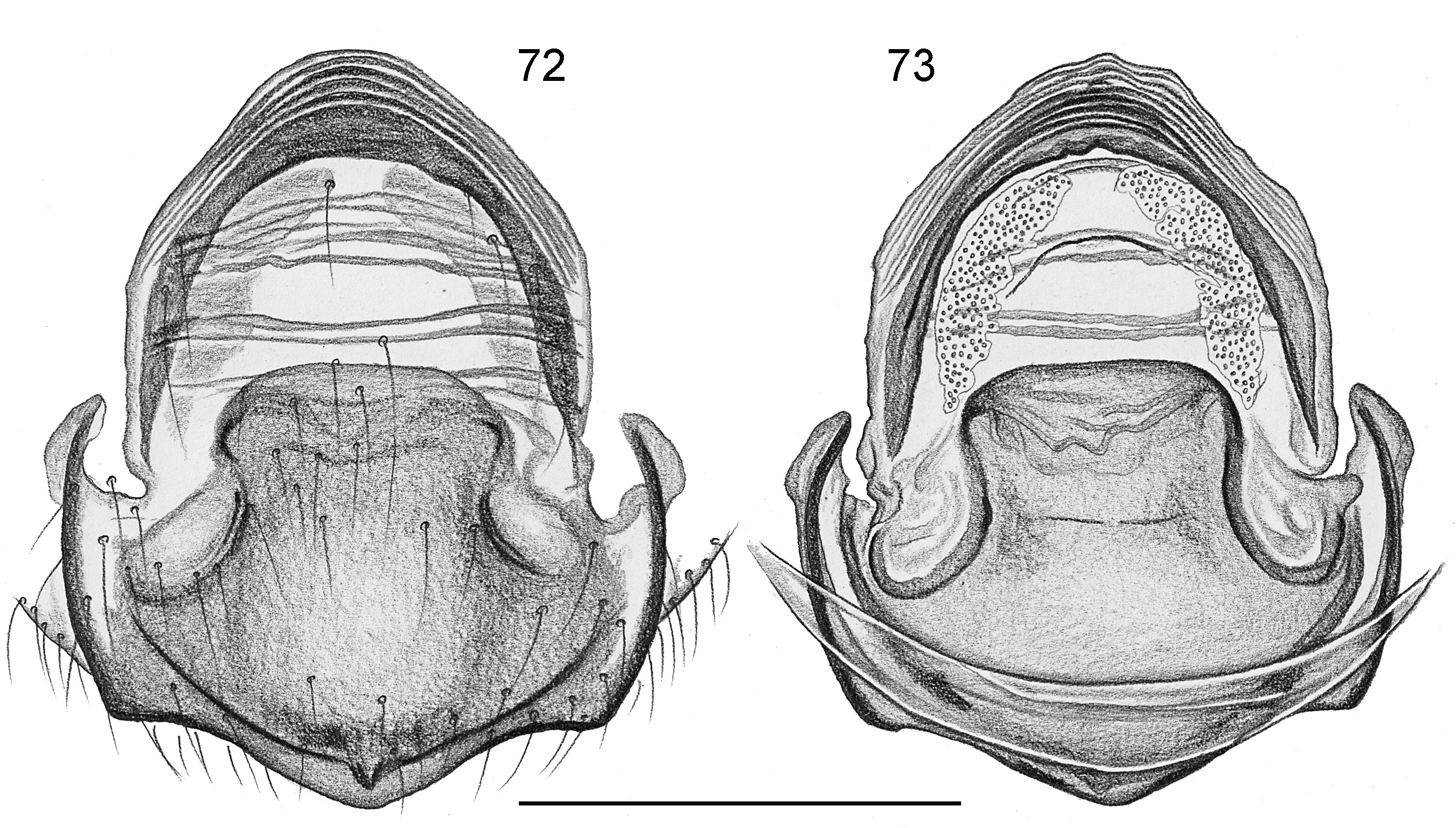