Head: Head as in Fig. 8; Bulbous; clearly wider than the width of the pro- and meso-thorax; with large indentation posteriorly making head almost U-shaped in dorsal view, approximately 30 facets of eye visible in dorsal view; up to 70 facets total; head width (with eyes), 0.63.

Thorax: Sclerites as in Fig. 8.

Abdomen: Abdomen as in Fig. 8.

Etymology. The specific epithet refers to the type distribution of this species being the Dominican Republic. 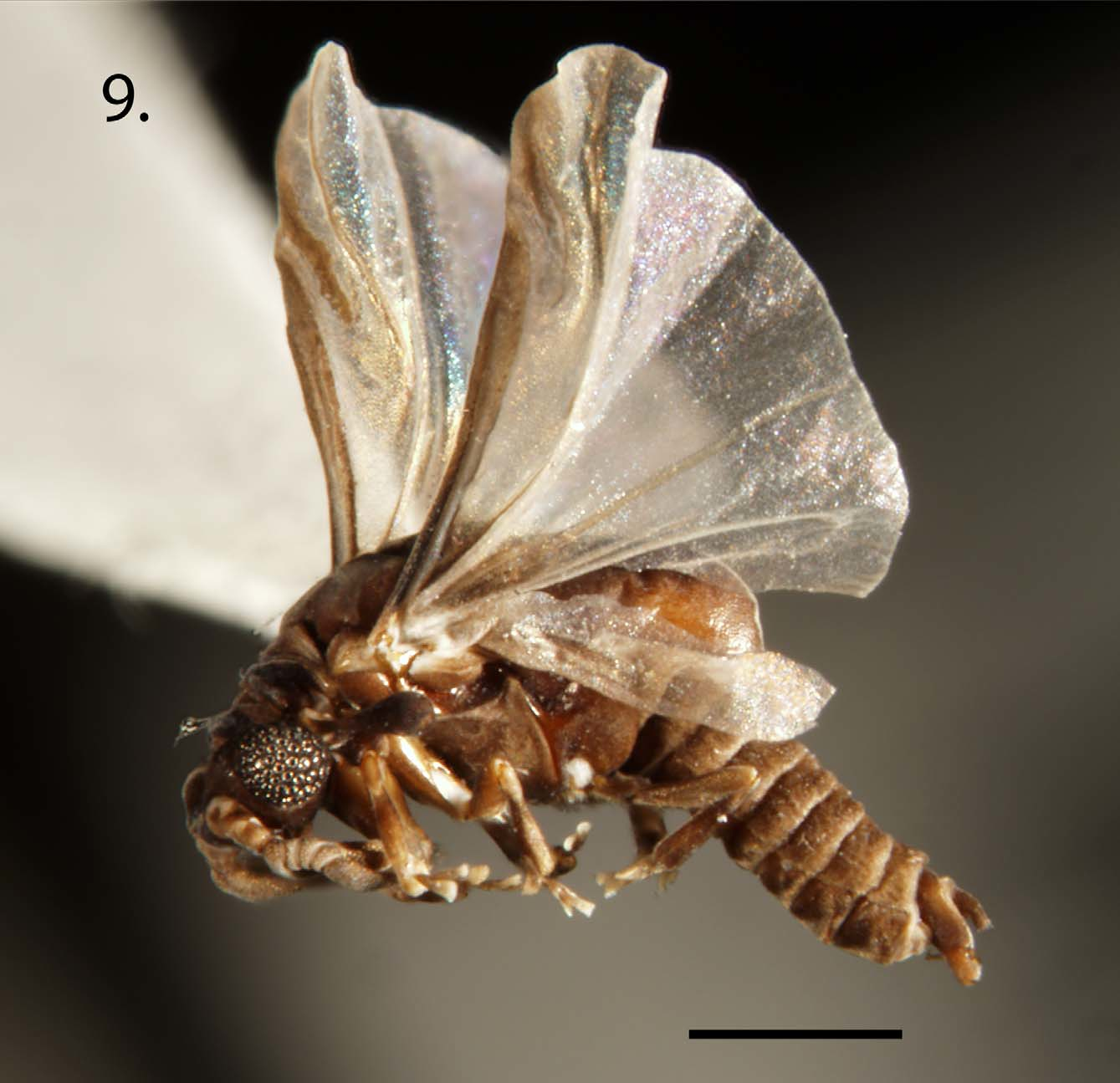