Trägårdh (1907) proposed Carabodes tridactylus  based on a single specimen collected from moss on the subantarctic ‘Observatory Island’, near Staten Island ( Isla de los Estados), Tierra del Fuego, Argentina. It has not been recollected and, despite the rather detailed original description and relatively clear illustrations, for more than a century the species has remained in Carabodes  . It was not mentioned in Fredes’ (2018) recent checklist of oribatid mites of Argentina. Recently, Subías (2017) indicated that C. tridactylus  was a member of Anderemaeus  , which is clearly correct. However, this work is an unpublished electronic update of his 2004 checklist, and according to the International Code of Zoological Nomenclature it cannot be used a source of valid nomenclatural acts. Therefore, after consultation with Dr. Subías, we make the formal recombination herein.

While terminology has changed, Trägårdh’s (1907) description and figures closely match the traits of A. hammerae  , known from the southern tips of Argentina and Chile. Mahunka (1980) did not cite Trägårdh’s work and seems to have been unaware of C. tridactylus  . Only one trait prevents us from proposing a synonymy: Trägårdh described setae as follows: ‘interlamellar hairs hairy, straight and blunt, situated as far from the middle as from the pseudostigmatic organs [i.e., the bothridial setae].’ While seta in of A. hammerae  ( Fig. 22EView FIGURE 22) does have barbs, these are consistently minute and extremely difficult to discern, even with oil-immersion lenses and contrast-illumination, and the setae could not reasonably be characterized as ‘hairy’. Since in all other Anderemaeus  species known to us, the barbation of seta in is distinct at even modest magnification, it seems most reasonable to consider both to be valid species. 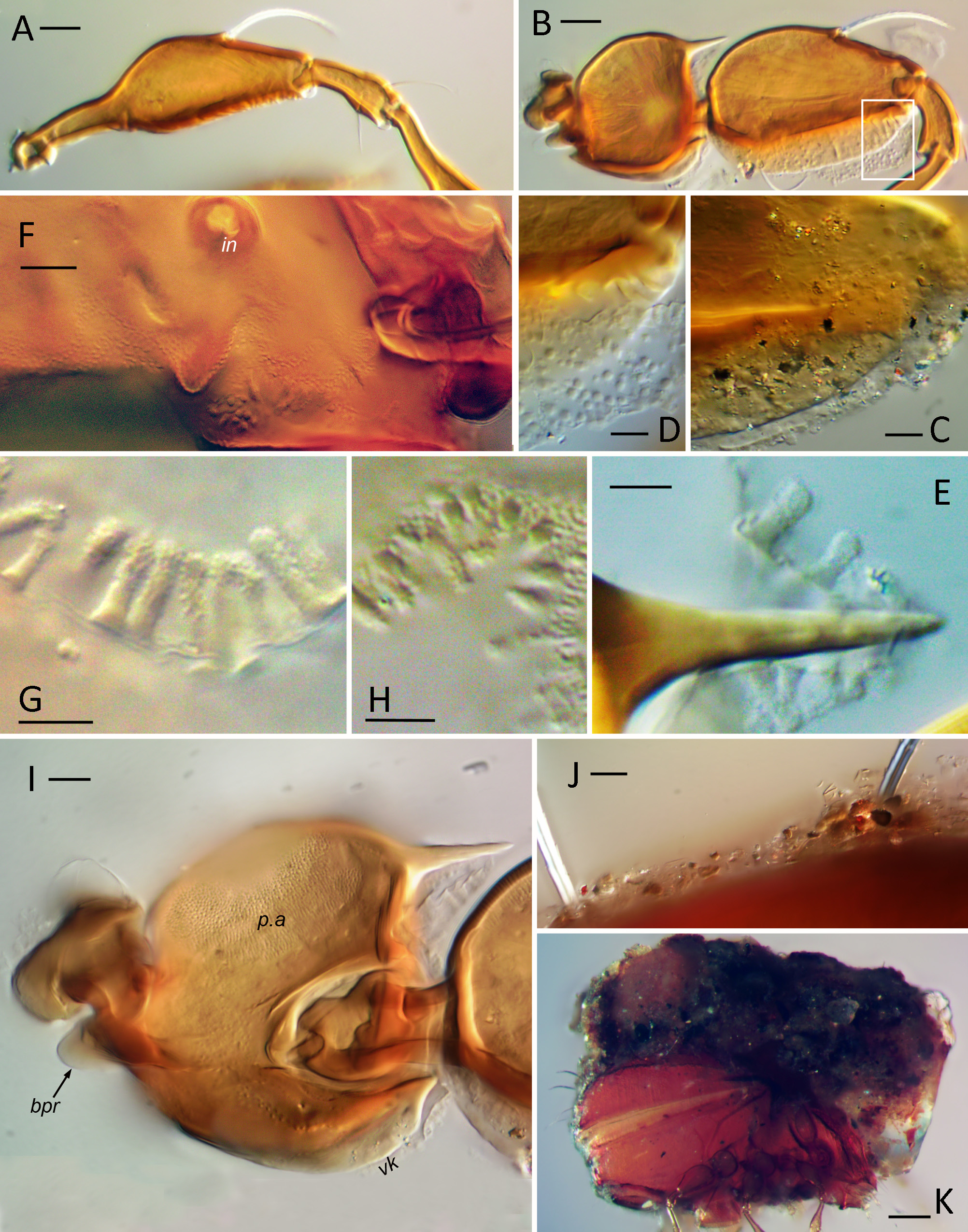