This is the only known Anderemaeus  species with a conspicuously short interlamellar seta. Also, no other species is known to have the ventral keel of femora III, IV projected as a conspicuous, sharp tooth, though legs have not been described for most species. Only A. capitatus  is as large, and it is easily distinguished by its capitate bothridial seta.

Integument. Body color brown to dark brown. Lamellae, tutoria, pedotecta, lateral parts of prodorsum and epimere I foveolate. Cerotegument with excrescences of three types: amorphous, spherical and columnar (diameter and length of excrescences up to 10).

The specific name mataderoensis  refers to the Matadero River, where the new species was collected.

Holotype (female) and four paratypes (one female and three males): Chirimachay , Matadero River, drift net sample, 14-I-1977 (P. Turcotte). Since all other known Anderemaeus  species are terrestrial, the occurrence of these specimens in moving water probably reflects an accidental displacement. 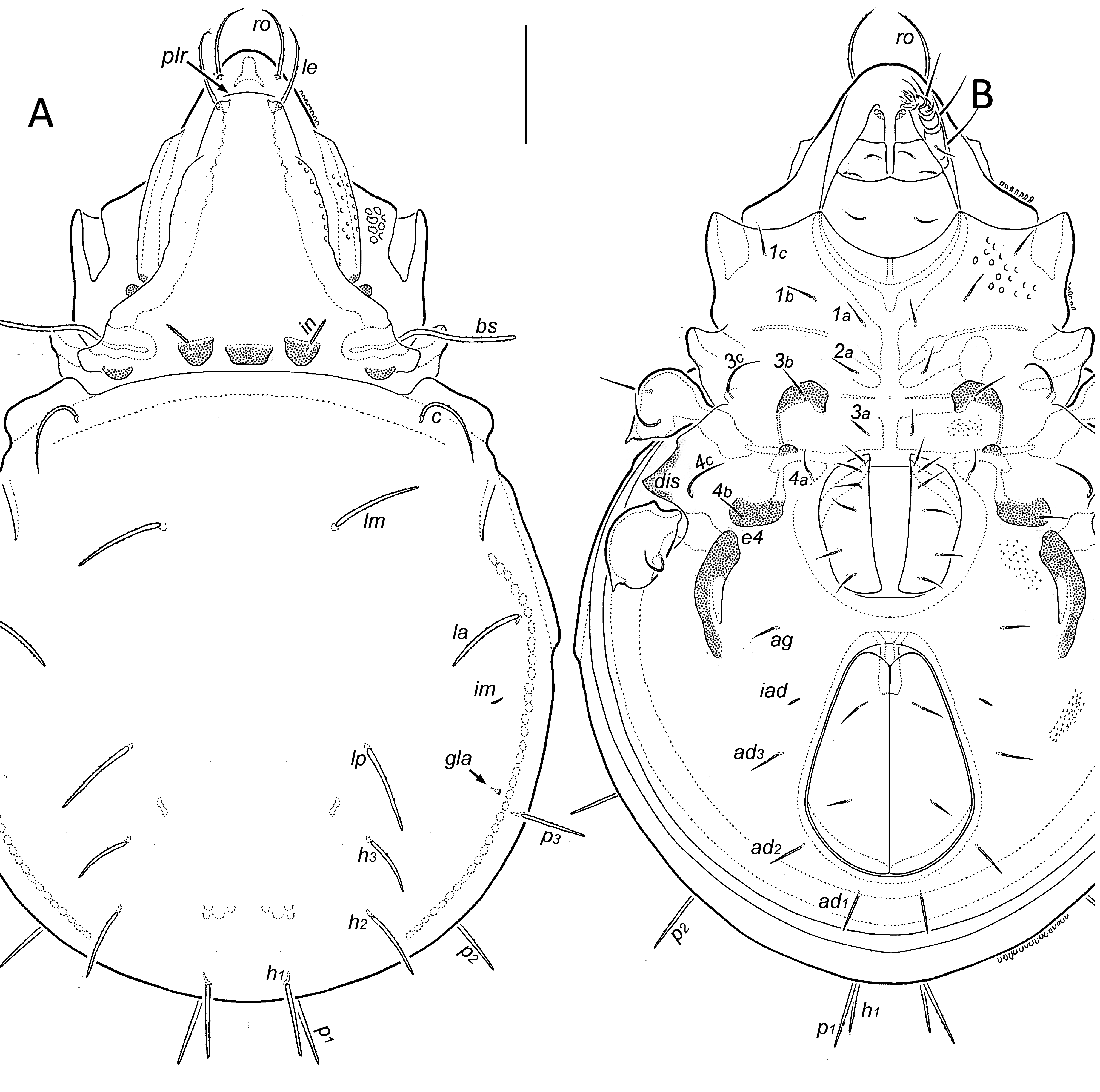 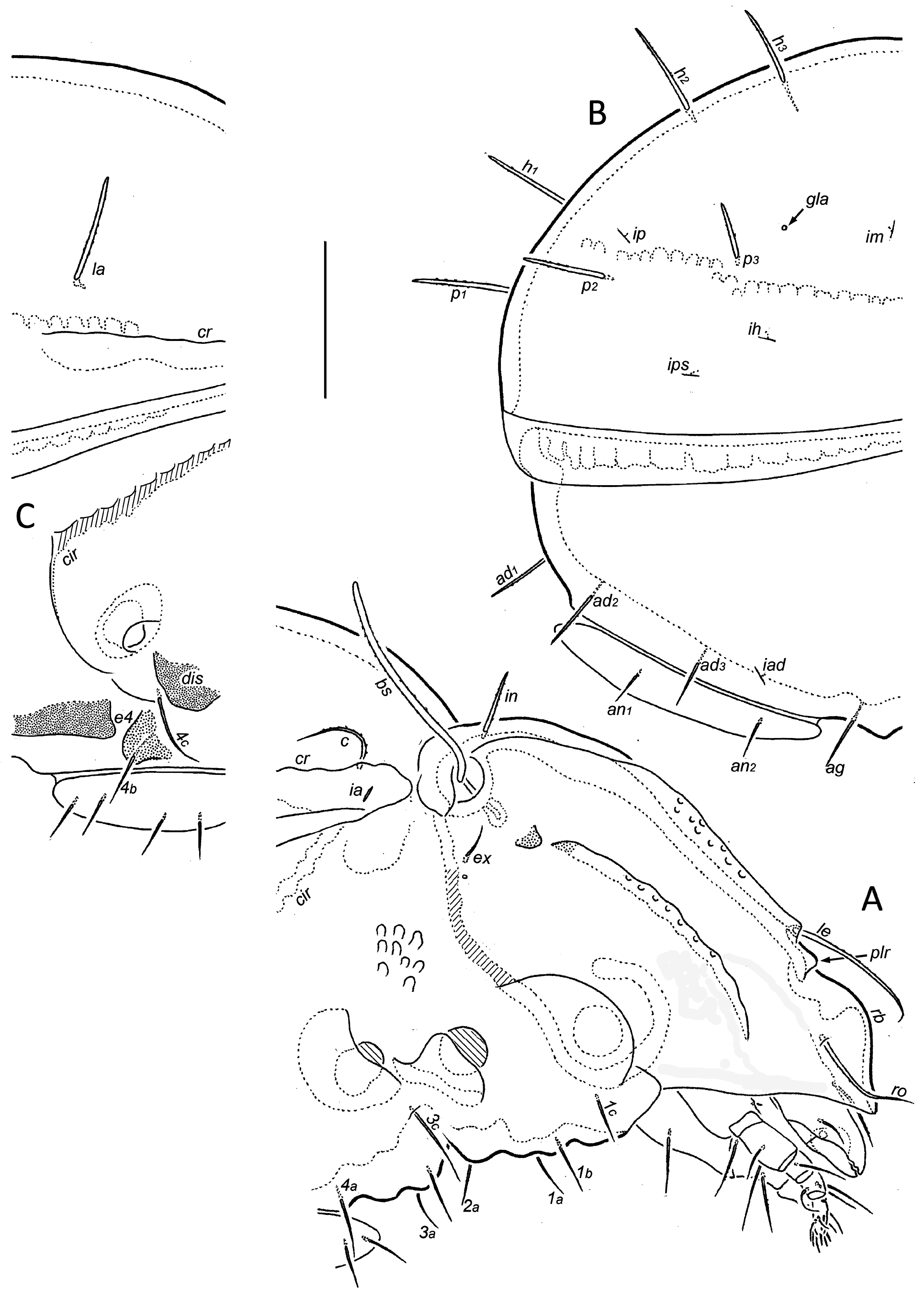