Description. Dorsal surface, except for posterior portion of caudal fin, covered with denticles of moderate roughness. Row of tubercles extending posterior from mid-back, also present interdorsal and dorsal-caudal space but smaller in size. Ventral surface smooth except for narrow bands of denticles on the pectoral and pelvic fins.

Coloration. Dorsal surface of specimens prior to preservation light to dark brown throughout with a distinct freckled pattern of numerous square-shaped black spots. Spots slightly smaller on edges of trunk and fins, absent on dorsals above base and caudal outside of caudal vertebral column. Larger black splotches laterally at origins of dorsals. Ventral surface pale white with some black mottling, pectoral and pelvic fin ventral margins with denticles colored similar to dorsal. After preservation color tends to fade to a lighter brown, spotting pattern can also fade to blend in with overall color.

Etymology. Naming is in allusion to where the holotype was described ( Japan).

Remarks. Squatina japonica  is the only WNP species in this study to possess mid-back thorns. Compagno, 1984 illustrates S. nebulosa  as possessing midback thorns, but we did not observe these in any of the specimens we examined. Midback thorns are also not present on the holotypes of S. formosa  or S. nebulosa  , and photographs and illustrations of S. tergocellatoides  specimens.

Literature descriptions ( Lindberg & Legeza, 1967) indicate that interspiracle distance is greater than interorbital distance in S. japonica  ; a finding consistent with our observations. 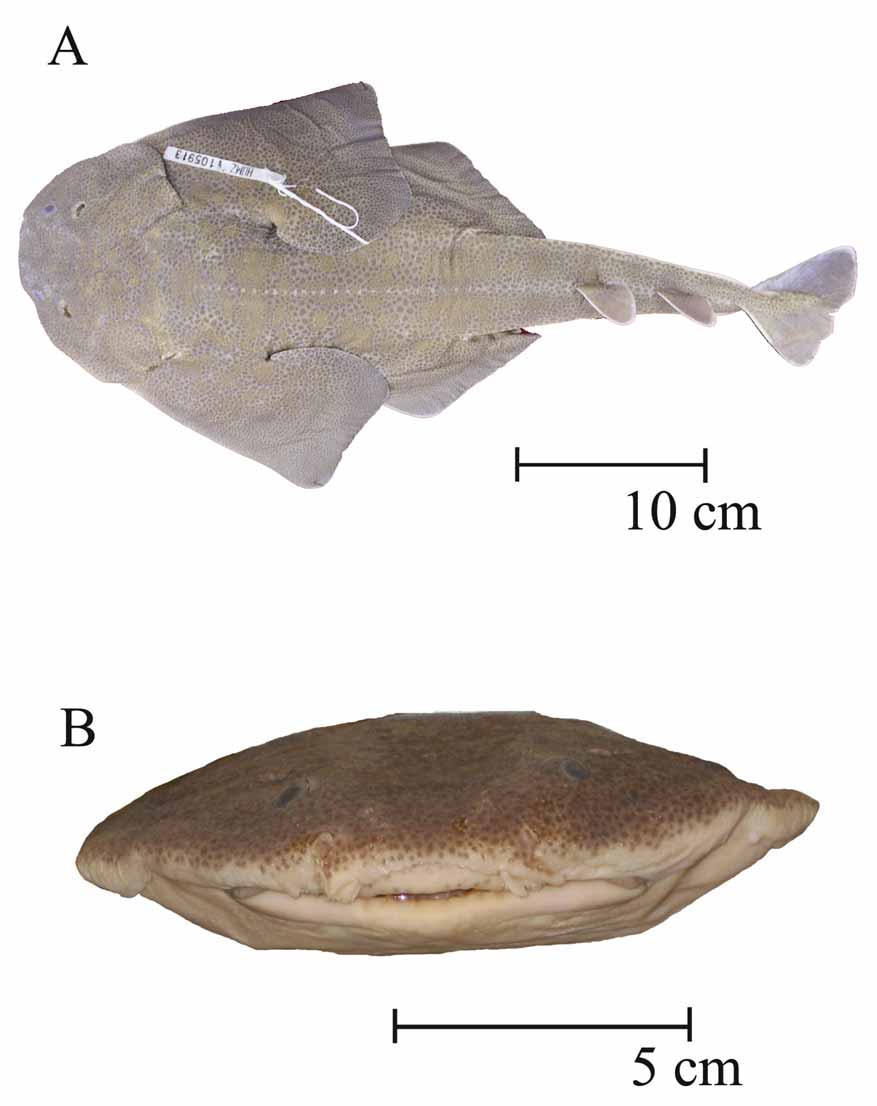