Naskrecki (1996) revised southern African Meconematinae   and described several new taxa, including species in the genera Acilacris Bolivar, 1890   and Aroegas Peringuey, 1916   . Recently Gorochov (2017) suggested, based on the similarity of the male genitalic structures in these two genera, that the latter should be demoted to the status of a subgenus within Acilacris   . He also proposed the creation of a new subtribe Acilacridina   to accommodate genera Acilacris   , Paracilacris Chopard, 1955   , and Africariola Naskrecki, 1996   , which all share similar pronotum and ovipositor morphologies. One of the species described by Naskrecki (1996) was Acilacris (A.) incisus Naskrecki, 1996   , at that time known from only the female holotype collected at Mt. Selinda in eastern Zimbabwe. A recent survey in the Mozambican section of the Chimanimani Mountains, close to the type location of A. incisus   , led to the discovery of a thriving population of this species in Mozambique. This allows us to redescribe this species based on new material, including the first description of the male, and a description of the species’ acoustic behavior. Moreover, the ability to examine the male genitalic characters in this and a closely related new species from Mt. Gorongosa   (described below), made it obvious that A. incisus   shares little with other species of Acilacris   ( Figs. 13 View FIGURE 13 A–L), and for this reason it is here transferred to a new genus, Ovonotus   gen. n. The new genus is placed in the subtribe Acilacridina   based on the similarity to other taxa in the subtribe in its thoracic structures (pronotum and tegmina) and the shape of the ovipositor. 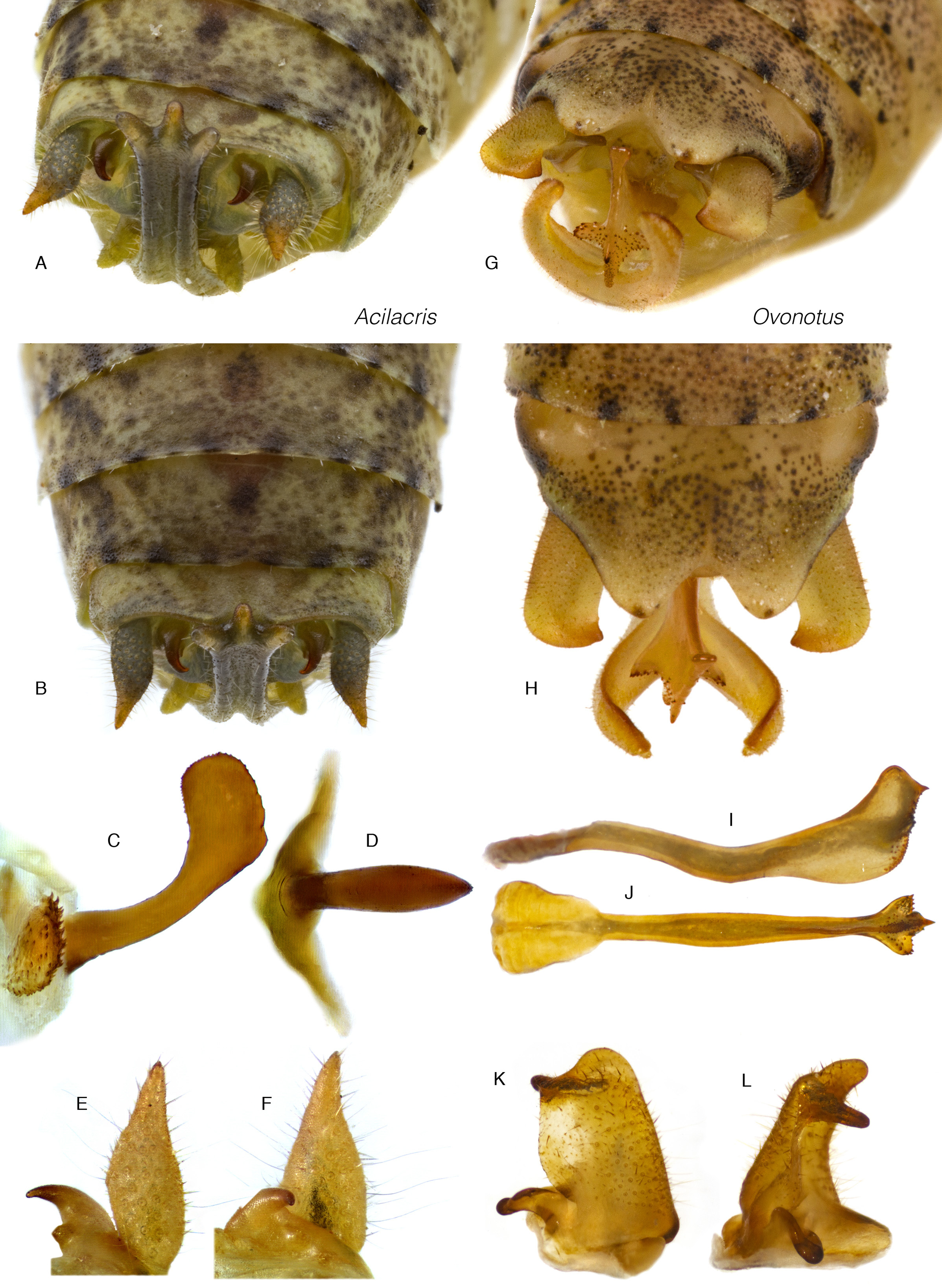