Remarks. The disc diameters of the two specimens are 15 mm ( Fig. 4F –GView FIGURE 4) and 6 mm respectively. The larger specimen has narrow arms approximately 140 mm long ( Fig. 4F –GView FIGURE 4). The larger specimen has a naked skin-covered disc with dark spots aborally and orally ( Fig. 5A –BView FIGURE 5), and with some light calcification between one pair of radial shields ( Fig. 5AView FIGURE 5). The genital slit is narrow, situated between arm segments 1 and 3, and is not in a pouch ( Fig. 5BView FIGURE 5), as in the type species, A. loveni  . At arm segment 22, the lowermost arm spine is elongate, with a terminal club ( Fig. 5CView FIGURE 5). This elongate arm spine is not present on the smaller specimen, and may therefore be ontogenetic as is the number of arm spines. A similar enlargement of mid-arm spines has been noted in A. loveni ( Baker 1980)  . The dark spots on their disc is a main diagnostic character of A. luzonicus ( Döderlein, 1927)  .

This species has remarkable bathymetric distribution, between 109 and 2963 m. A. luzonicus  was originally described from the Philippines; its occurrence in the southern Andaman Sea and the Mozambique Channel represents a considerable extension of its geographic range, but one that might be expected given its bathymetric range. 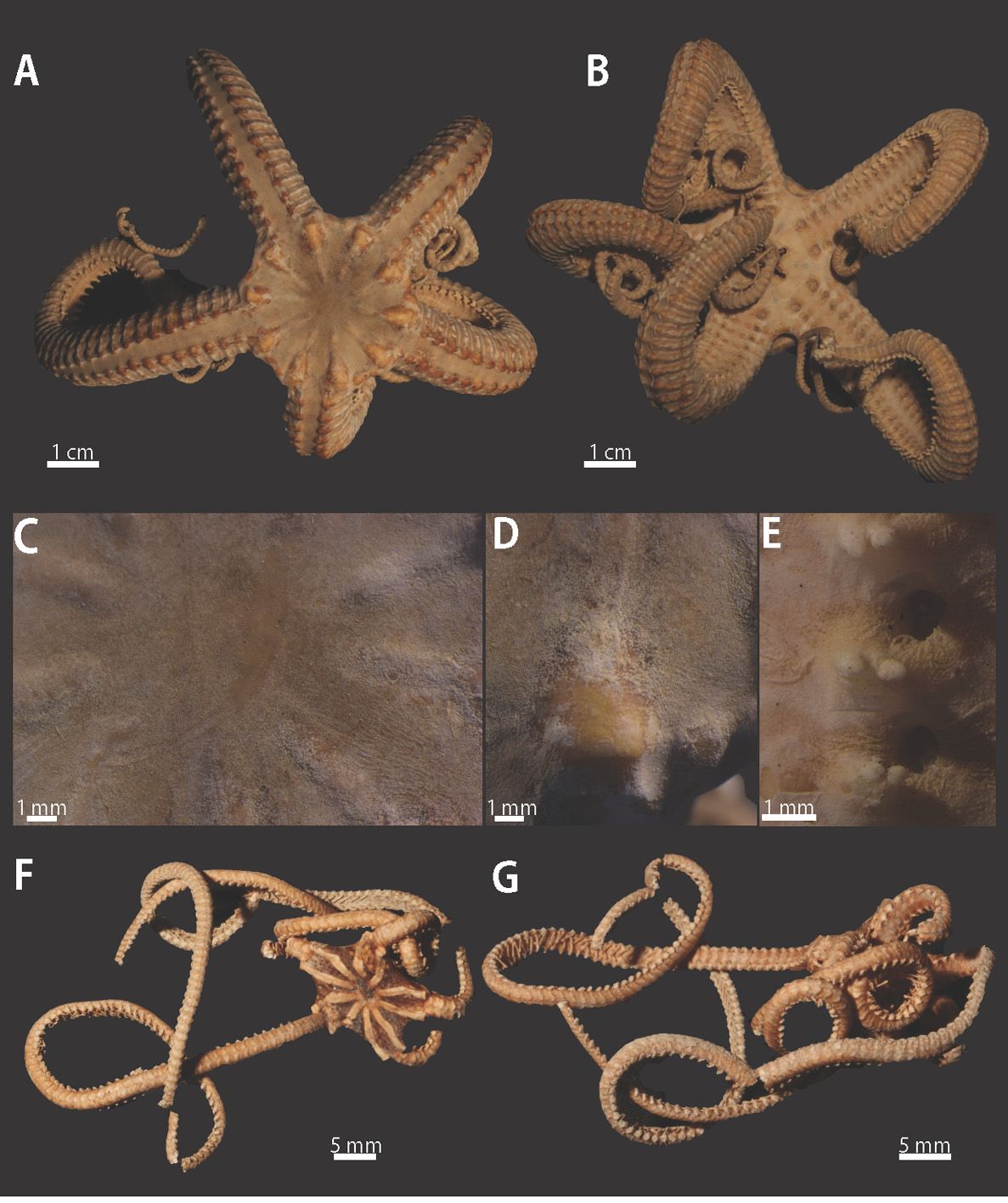 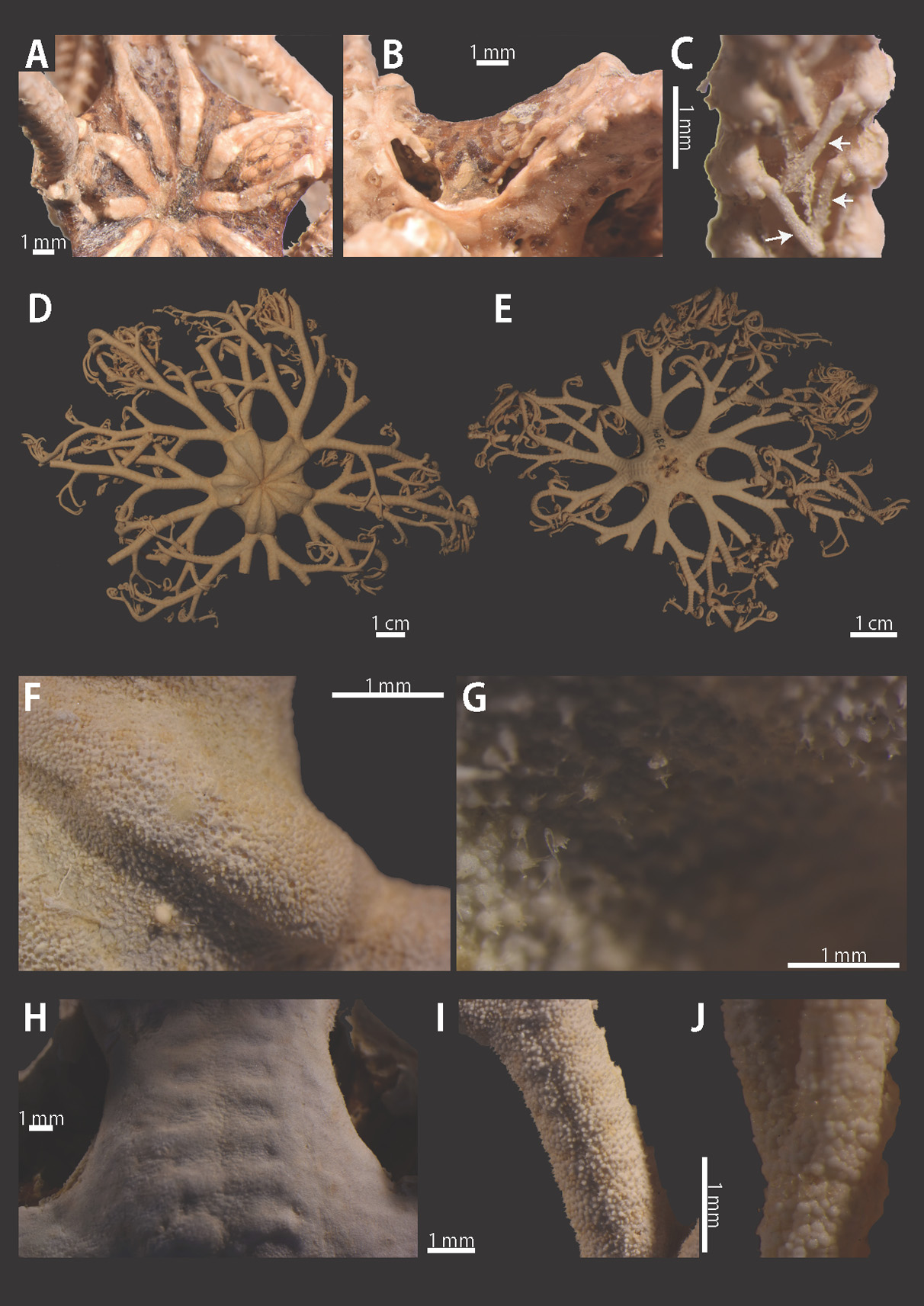