Etymology. The species’ name honours the people called Mrazig, formerly nomadic, living in and around the city of Douz ( Tunisia). The Mrazig are the descendants of the Banu Saleim tribe that fled the Arabian Peninsula in the seventh century and came to Tunisia in the thirteenth century. It is known that they practiced transhumance in the Great Sahara. Noun in apposition.

Diagnosis. Differs from L. gaucho  , L. rufescens  and its similar relatives in the proportion of male palp segments, mainly the tibia. In L. mrazig  the tibia is markedly oval, slightly longer than wide (0.63 - 0.54) ( Figs 2, 3, 5View Figures 2-5); in L. gaucho  it is ¾ as wide as long ( Gertsch 1967, plates 3-4), whereas, in L. rufescens  , it is slightly oval, although dorsally almost straight ( Gertsch 1967, plate 10). Also differs from L. rufescens  by the size of the tegulum and the size and shape of the embolus ( Figs 2-5View Figures 2-5). Body pigmentation yellowish-brown in L. gaucho  and pale yellow in L. mrazig  . In general, the morphological differences compared to L. rufescens  are more conspicuous. The size of the tegulum and, especially, the shape and length of the embolus are clearly different.

Prosoma. Carapace ( Fig. 6View Figures 6-7) slightly longer (2.39) than wide (2.15). Median groove deep, occupying the posterior third of carapace. Clypeal width slightly more than 2.5 diameters of ME. Eyes close together ( Fig. 7View Figures 6-7); LE separated from ME by the diameter of ME. LE larger than ME (0.18 - 0.1 respectively). Sternum about ⅔ as wide as long, extended between the IV pair of coxae. Labium as long as wide at its base, apically narrowed and rounded. Gnathocoxae distally convergent, enclosing the labium.

Distribution. So far, L. mrazig  is known only from the type locality. The unique specimen was collected in a dune of sand near the city of Douz. 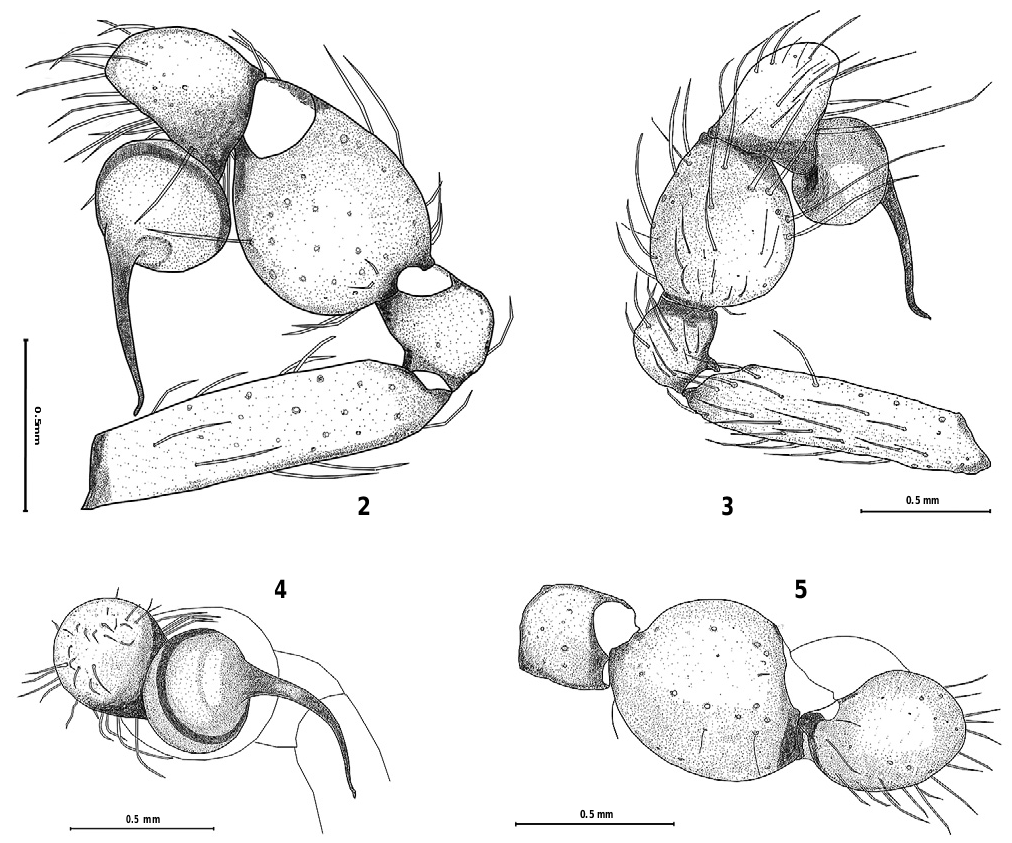 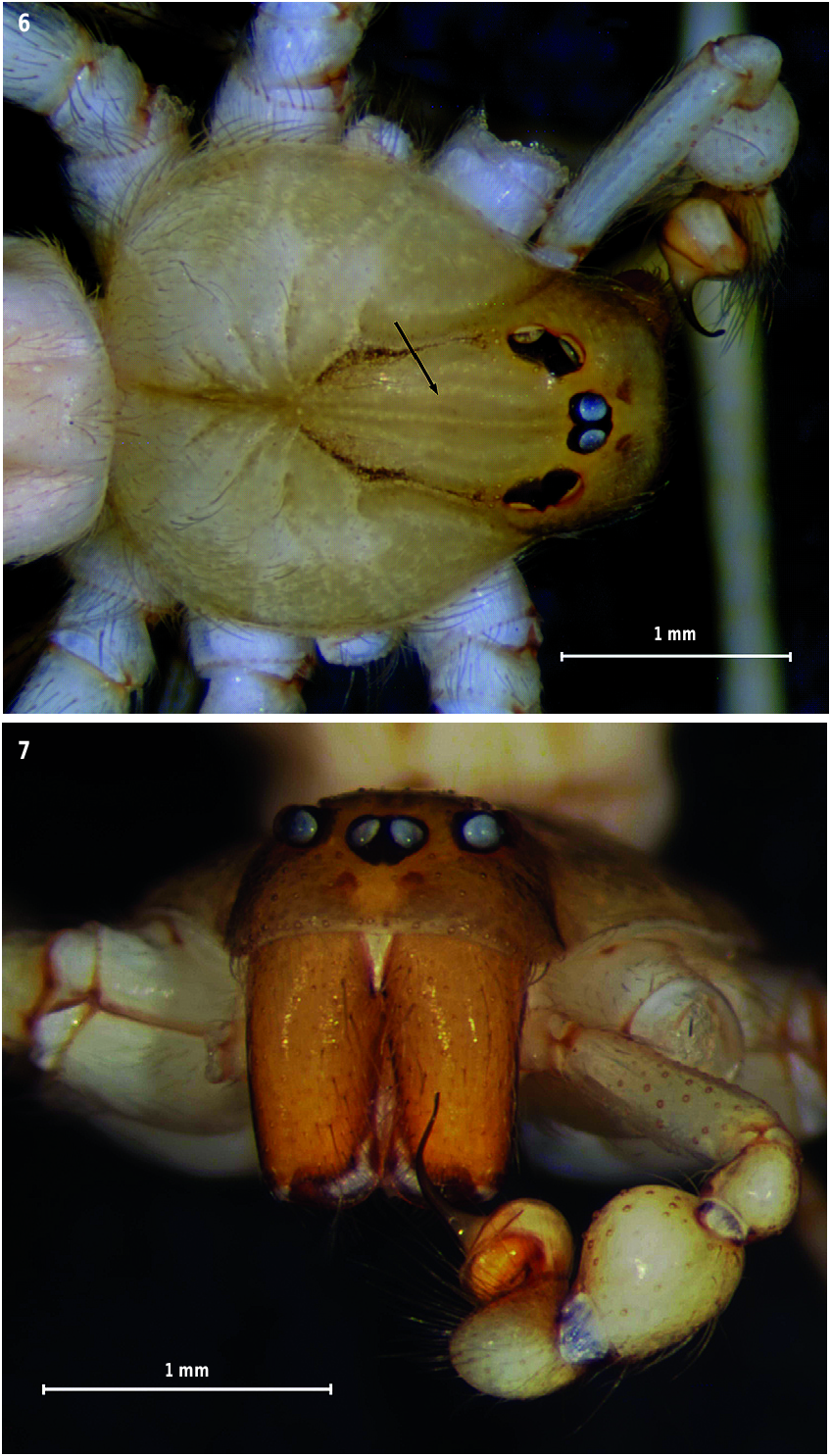