Habitat. These skunks are found along streams in riparian thickets composed of willows and cottonwoods or alder, salmonberry, tan oak and other hardwoods. They also occur in all stages of dry forests and pine-oak forests, and use canyons, cliffs, rock piles, lava fields, and dry valleys. They prefer areas where they can find cover protection from predators. These skunks will use tunnels and holes of other animals such as mountain beavers in Oregon and wood rats and ground squirrels in other parts of their range. Western Spotted Skunks have been found in older buildings in rural settings, but also have been taken in urban houses and apartments. They also will den around other man-made structures such as dams as long as protective cover is available.

Food and Feeding. Western Spotted Skunks eat a variety of food items. They are omnivores, but tend to have a mostly carnivorous diet. They eat small mammals, birds, and lizards. They consume a number of insects including grasshoppers, beetles, caterpillars, and ants. They also will eat fruits and vegetable matter to supplement their diets.

Activity patterns. They are generally nocturnal. They prefer to move under the cover of darkness, but have been observed during daylight hours. When nervous they will walk with heavy deliberate steps. Spotted skunks are quite agile and are capable of climbing. Like other spotted skunks, they can perform handstands and walk on only their front paws. When faced with a potential predator, the skunk rushes forward, then stands on its forepaws with its hind end elevated off the ground. It can spray in this position, but usually drops to all fours and faces the predator with both ends before spraying.

Movements, Home range and Social organization. Western Spotted Skunks usually den alone, but they use multiple dens. Dens may be used by multiple individuals, but not necessarily at the same time. The skunks usually den in areas that provide protective cover, such as under shrubs or prickly pear cactus. During the late summer and early fall months males tend to be captured more than females. This could be due to increased movement of males during the breeding season, which corresponds to these months. Young animals when playing will let out a loud, ear piercing, high pitched screech when excited. Young males of the same litter will wrestle more aggressively than females. They tend to leave the maternal den sooner in order to look for mates. Western Spotted Skunks have a patchy distribution throughout their range and very little study has been done of home range, density, and dispersal. However,in an island population these skunks have a larger home range (about twice the size) in the drier months than during the wet months.

Breeding. These skunks breed in September and October and undergo a period of delayed implantation. Although a second period of breeding is possible, this breeding season makes them reproductively isolated from Eastern Spotted Skunks. Western Spotted Skunks give birth in April or May to a litter of 2-6 young. Gestation lasts for about 210-230 days. Young are born blind and naked. Their eyes open after about 28 days and they are weaned after two months. Young begin to disperse after about three months.

Status and Conservation. . Not listed in CITES. Classified as Least Concern in The IUCN Red List. The island spotted skunk in California is listed as a subspecies of special concern. Several larger carnivores such as domestic dogs, coyotes, foxes, feral cats, bobcats, and birds of prey such as owls are known to prey on spotted skunks. Various intestinal parasites including tapeworms, roundworms, and coccidia have been found in spotted skunks. They also are susceptible to fleas and ticks. Humans have been known to trap and shoot spotted skunks for fur and they have been poisoned as non target animals during predator control efforts. In the USA, rabies has been reported, butit is rare. Western Spotted Skunks have been reported to survive over ten years in captivity. 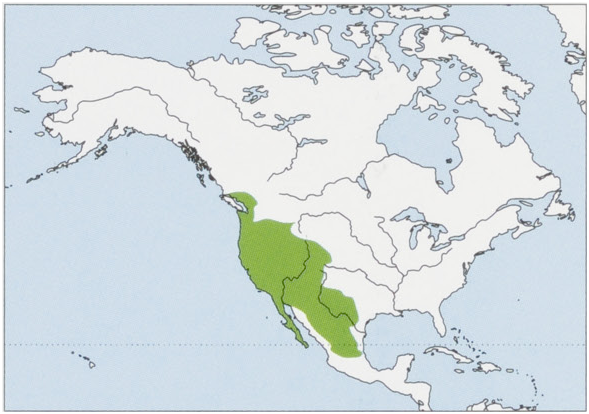