Life cycle association. Male subimago extracted from nymph and compared with the imagos.

Etymology. From the Greek word eurys, wide; and basis, base. In reference to the wide distance between the apices of penis lobes.

Comments. Simothraulopsis eurybasis   sp. nov. has a distribution restricted to the north of the Espírito Santo state ( Fig. 49 View FIGURE 49 ). Imagos were collected mostly by light traps from large rivers. The two collected nymphs were found in submerged stones in a rock bottomed stream.

Male imagos of S. eurybasis   sp. nov. and S. diamantinensis   have similar penis lobes, with short, spine-like, penis projection ( Figs 20 View FIGURE 20 D, E; 40D, E). The new species, however, can be distinguished from other species of Simothraulopsis   by the distance between the penis lobes (they are so widely separated, that are almost covered by the forceps in ventral view). Besides that, coloration of hind wings and general coloration of the body may also prove helpful with identification: in S. eurybasis   sp. nov. the pigmented area below vein R is wider and the abdominal coloration is darker ( Figs 19 View FIGURE 19 A, B; 20C; 39A, B; 40C). Nymphs of these two species can be separated from each other by the general coloration: in S. eurybasis   sp. nov. the thorax is more marked and the abdomen is darker ( Figs 21 View FIGURE 21 A, E; 41A, E). 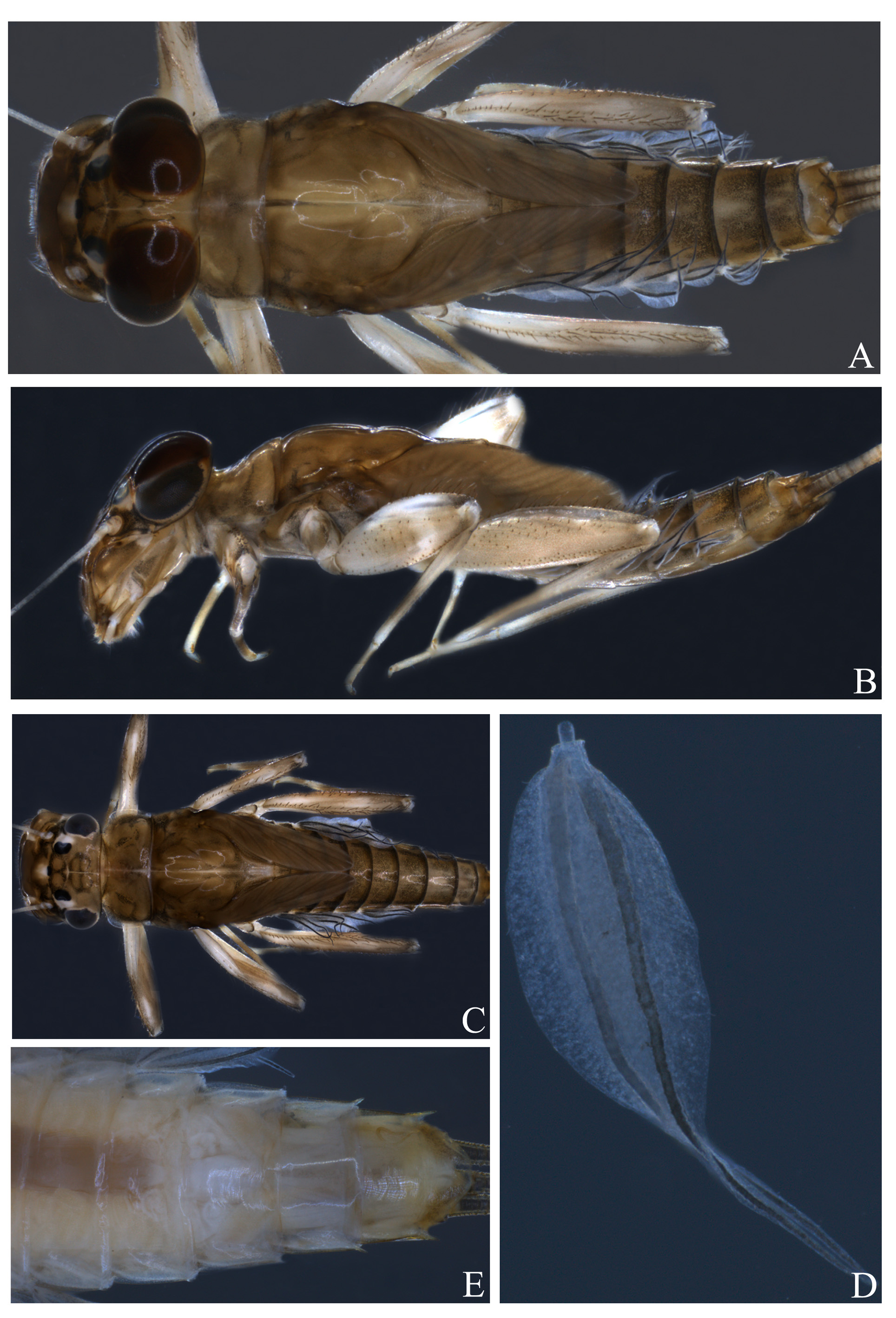