Comments. The distribution of S. sabalo  appears to be restricted to the Amazon biome, just like S. plesius  ( Fig. 49View FIGURE 49). Additionally, this species is associated with small streams and was collected mainly on submerged logs and marginal vegetation.

Imagos of S. sabalo  are similar to those of S. demerara  , sharing characteristics such as shape of penis lobes and long spine-like projections on penis lobes ( Figs 14View FIGURE 14 D, E; 15D, E). Imagos of S. sabalo  , however, can be distinguished by their general orangish coloration and by the small basal concavity of forceps segment I ( Fig. 15View FIGURE 15 D). Nymphs of both species can be separated from each other by the presence on the mesonotum of a pair of submedial, yellowish oval marks in S. sabalo  (this mark is absent in S. demerara  ), by the differences on general coloration of legs and abdomen ( Figs 6View FIGURE 6, 16View FIGURE 16), and by type and arrangements of setae of legs ( Figs 8View FIGURE 8; 18). 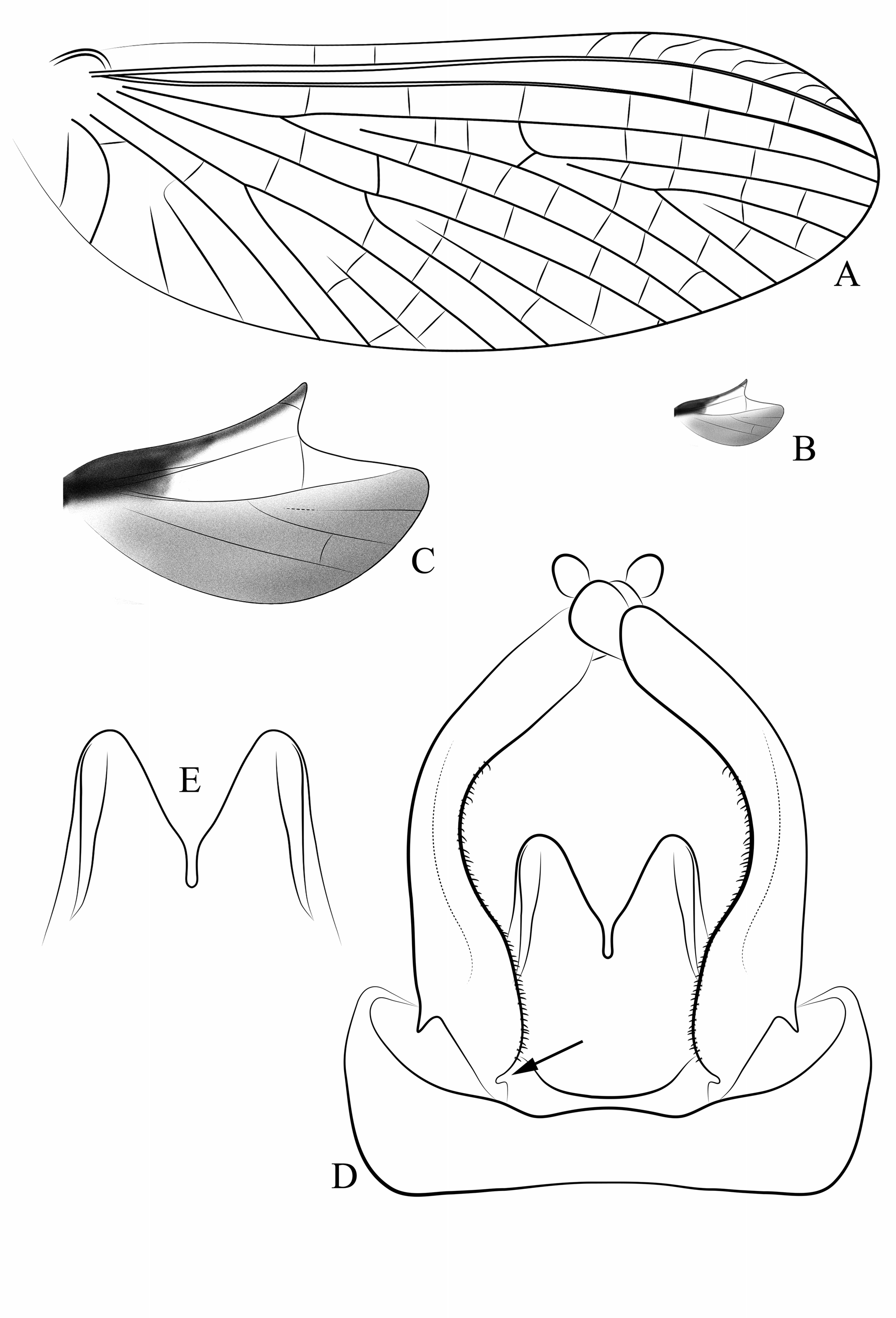