Stridulatory file about 2.82 mm, with about 66 teeth, each gradually widening and becoming progressively sparse towards the apex ( Fig. 4 View FIGURE 4 , 5 View FIGURE 5 A–D). The shape and width of the teeth in the distal and proximal part of the file are distinctly different from each other ( Fig. 5 View FIGURE 5 C–F). The distance between tegmina edge and apex of the file is 0.60 mm.

Fore femora 1.53 and hind femora 3.78 times as long as pronotum and without spines on ventral margins.

Etymology: “ sonora   ” is a Latin word, it means loud and noisy. The new species has loud male calling song.

Calling Song. The songs were recorded in the evening, while the air temperature was 27°C. The calling song is very loud and consists of a series of irregular syllables repeated at the approximate rate of 0. 362 s ( Fig. 6A View FIGURE 6 ). The syllables consist of 5–6 spaced crescendo impulses and nearly 34 densely formed decrescendo impulses ( Fig. 6 View FIGURE 6 C–D). There are also some songs that produce 1–3 impulses right after the main syllables ( Fig. 6D View FIGURE 6 ). The major part of each syllable lasts about 0.162 s. The carrier wave of the song has its intensive signals between 15–25 kHz, but the frequency components with detectable sound pressure spread over the frequency range of 5kHz–45kHz ( Fig. 7 View FIGURE 7 ). Some other measurements of the male calling song are shown in Table 1 View TABLE 1 .

FIGURE 1. Type locality of the new species on the map of Turkey, Isophya sonora sp. n. 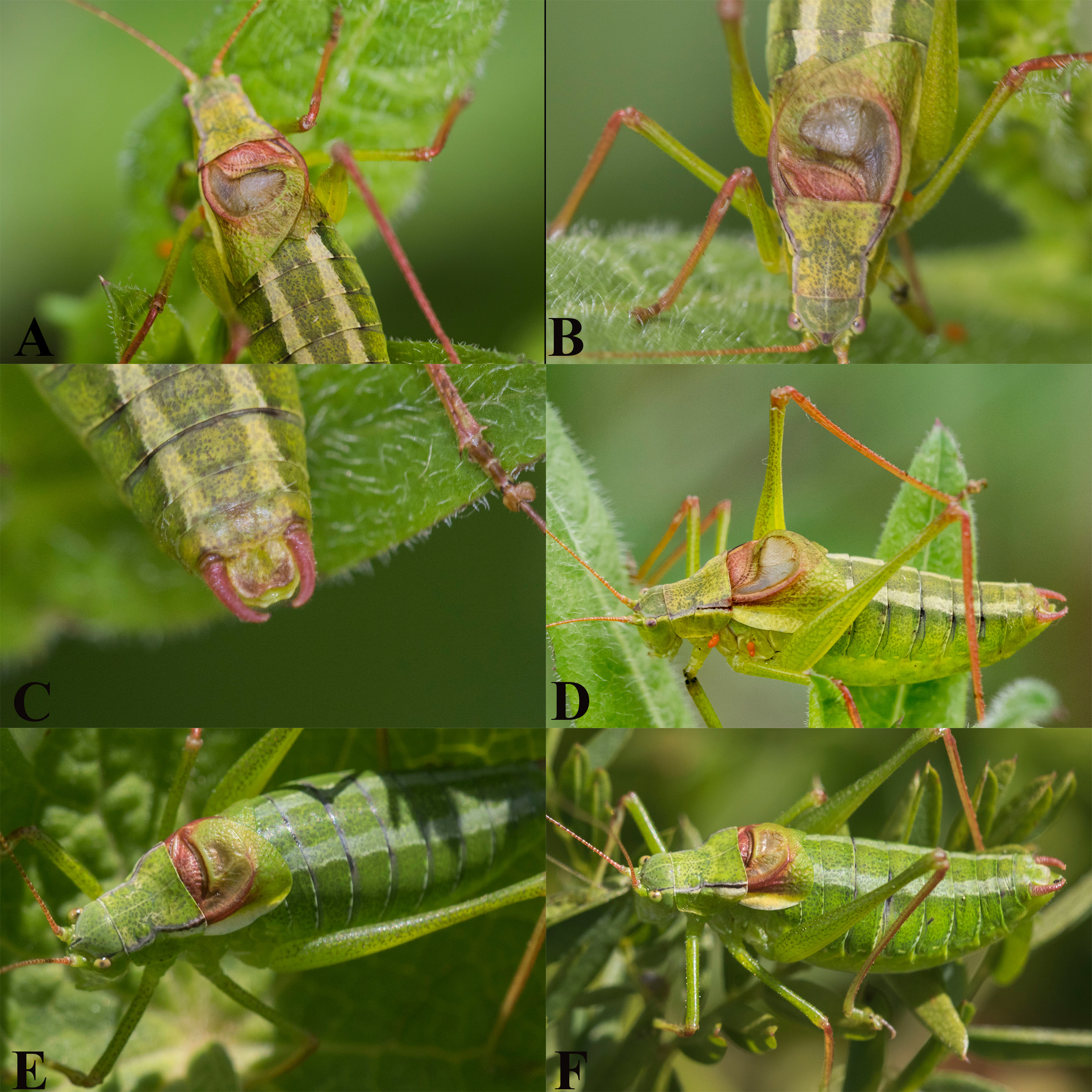 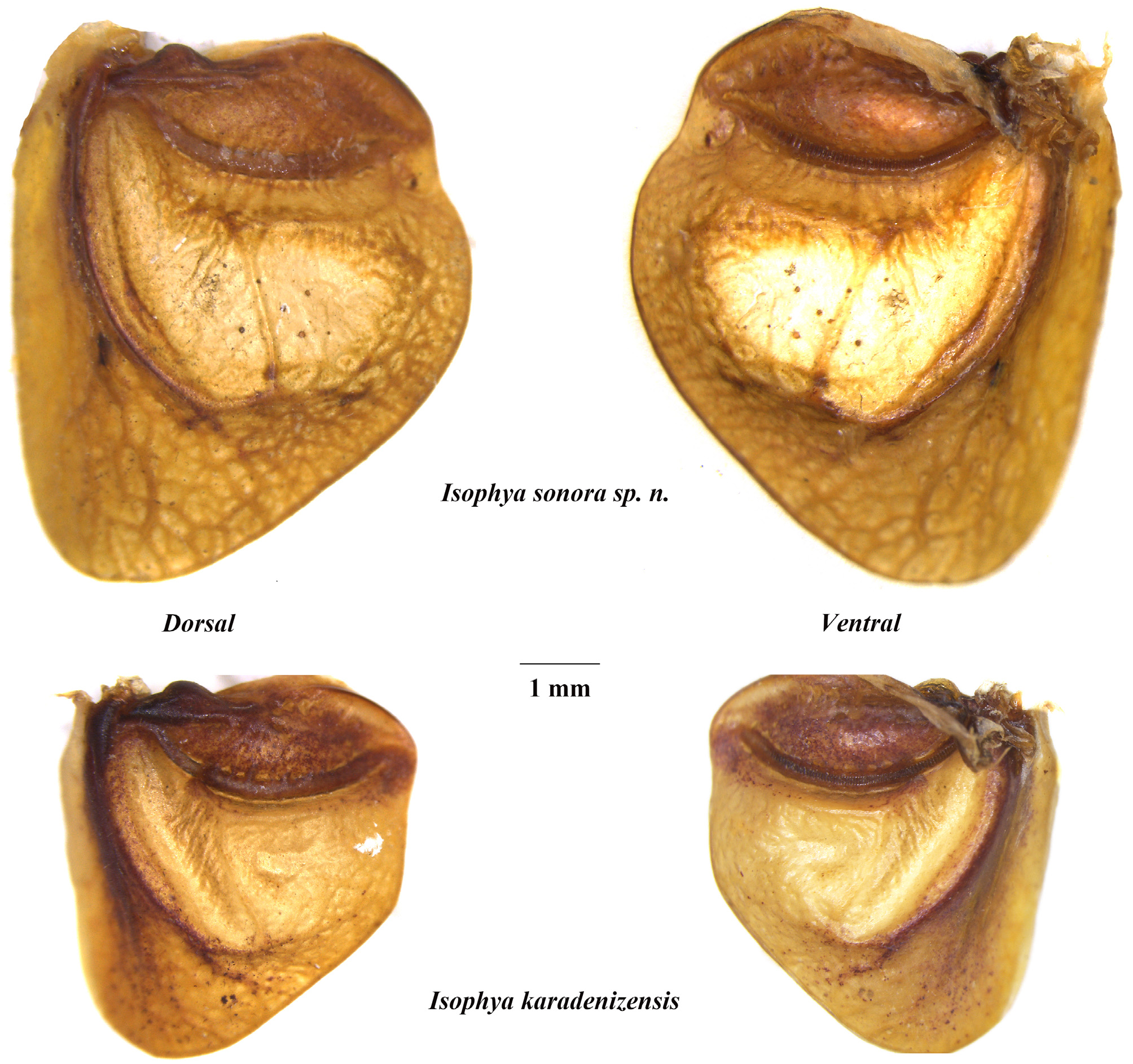 FIGURE 4. Dorsal and ventral view of tegmina of I. sonora sp. n. and I. karadenizensis. 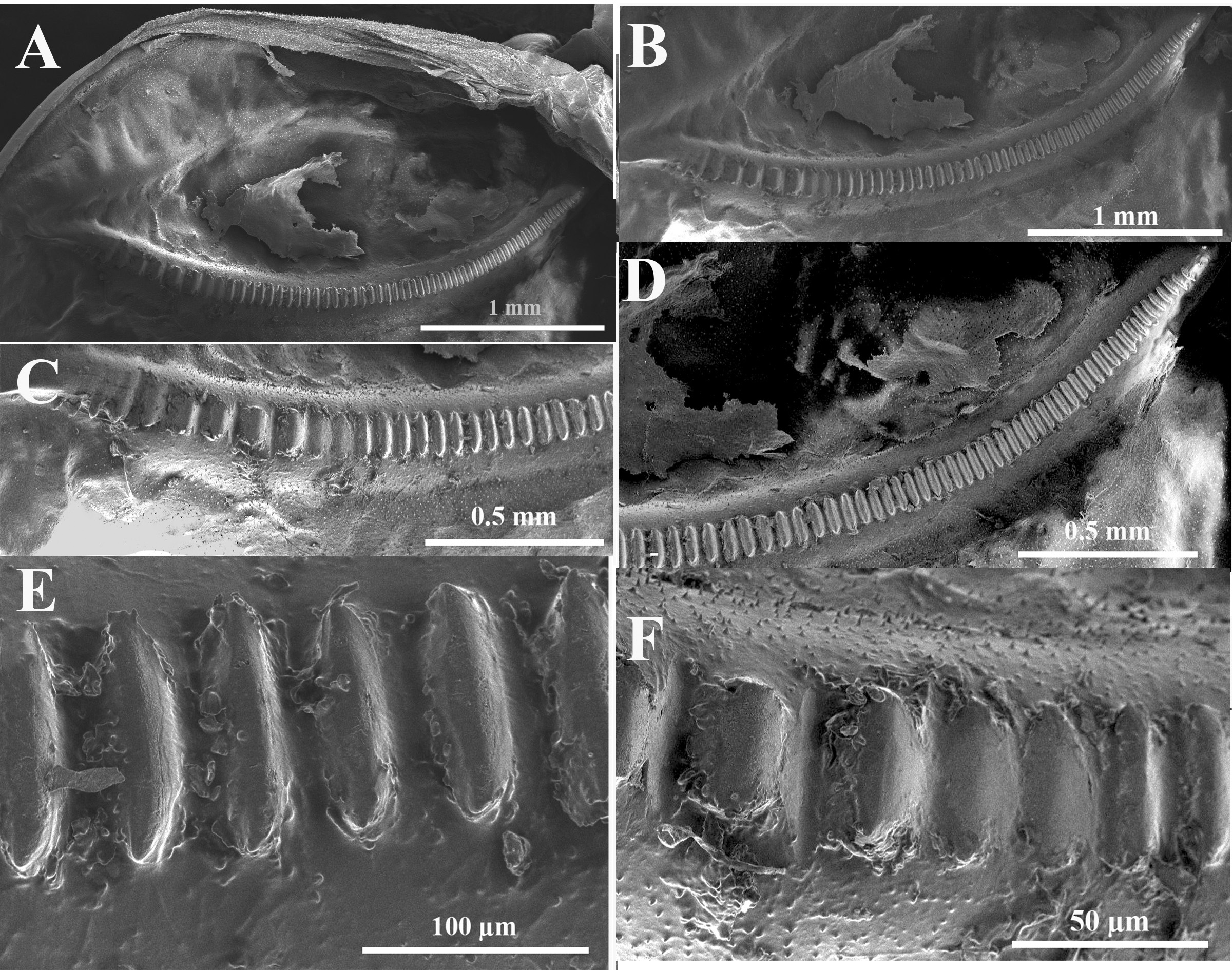 FIGURE 5. SEM pictures of the male stridulatory organ of I. sonora sp. n.: A–B. General morphology of the file; C–D. Distal and proximal part of the file; E–F. Medial and distal pegs of the file at higher magnification. 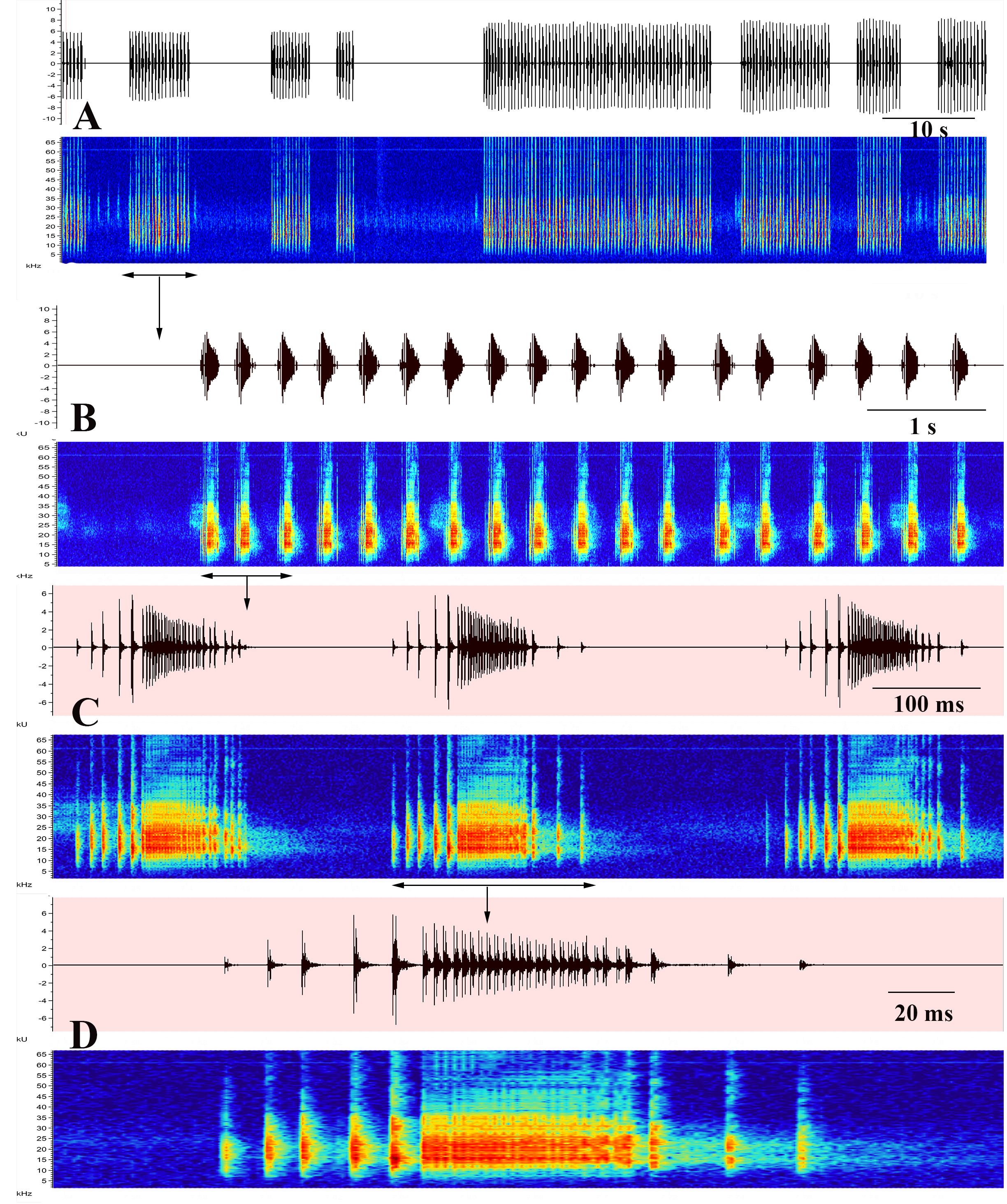 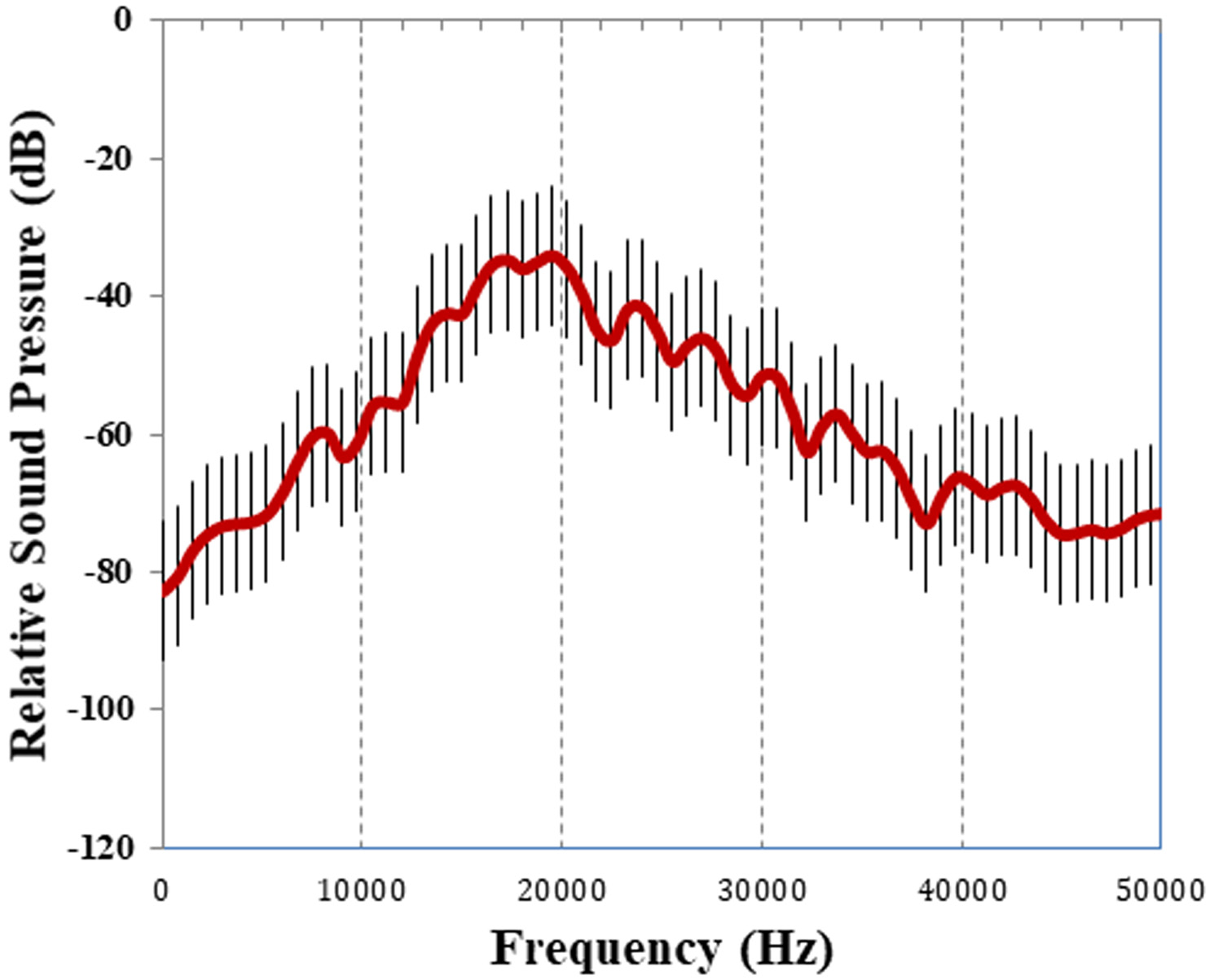 FIGURE 7. The carrier wave of the male calling song of the new species has its intensive signals between 15–25 kHz (FFT size 1024, window-function Blackmann-Harris).