Diagnosis. Notum darkish yellow, with a grey aspect ( Fig. 35View FIGURES 34–37); pleurae yellow bearing a slightly darker strip from below the postpronotum to below wing base ( Fig. 34View FIGURES 34–37). Abdomen yellow, with diffuse darker bands, although more distinct than in the other species on tergites II–V. Aedeagus with a rounded apex in ventral and dorsal views and flattened in lateral view, with small scales laterally ( Figs. 41–43View FIGURES 38–43).

Body length could not be measured because all specimens had already been dissected when these measurements were taken.

Terminalia ( Figs. 38–43View FIGURES 38–43). Epandrium microtrichose, with 4 upper and 18 lower setae; 8 of the latter located on ventral lobe ( Fig. 38View FIGURES 38–43). Ventral lobes not microtrichose, not covering surstyli. Cerci not fused with epandrium. Surstylus not microtrichose, with 6 peg-like prensisetae, about 15 inner and no outer setae. Decasternum narrow ( Fig. 40View FIGURES 38–43). Hypandrium longer than wide, rectangular-shaped. Gonopod partially fused to the hypandrium, bearing one seta. Paraphysis highly microtrichose and the small setulae, if they are present, were not observed. Aedeagus with rounded apex bearing small scales laterally. Apical portion of aedeagus flattened in lateral view. Aedeagal apodeme fused with and shorter than aedeagus.

Note. Hirtodrosophila crioula  sp. nov. was previously studied by Machado (2017) regarding sequences of the mitochondrial genome (in this study was coded as H. morgani  affinis Sul) and compared with H. gilva  , H. mendeli  , H. morgani  and H. subgilva  using the DNA barcoding approach. Hirtodrosophila crioula  sp. nov. met all the criteria proposed for distinguishing among the other species, such as the tree-based criterium, the Barcode GAP criterium, and the molecular diagnostic character.

Etymology. The name “ crioula” is a pampean common-sense word synonymous with autochthonous, meaning born in the region where it inhabits, and it refers to the known distribution of the species in Pampa biome.

Ecological notes. All species here described seem to have an ecological relationship with Auricularia  fungi, since in all sampling, the imagoes were flying over their fruiting bodies. For the Amazonian species, H. rondonia  sp. nov., H. nungara  sp. nov. and H. jukyry  sp. nov., the use of Auricularia  as a breeding site needs to be confirmed. However, H. crioula  sp. nov. was the most abundant species emerging from Auricularia  spp. in the survey of Valer et al. (2016), presenting their very close relationship with this fungus. 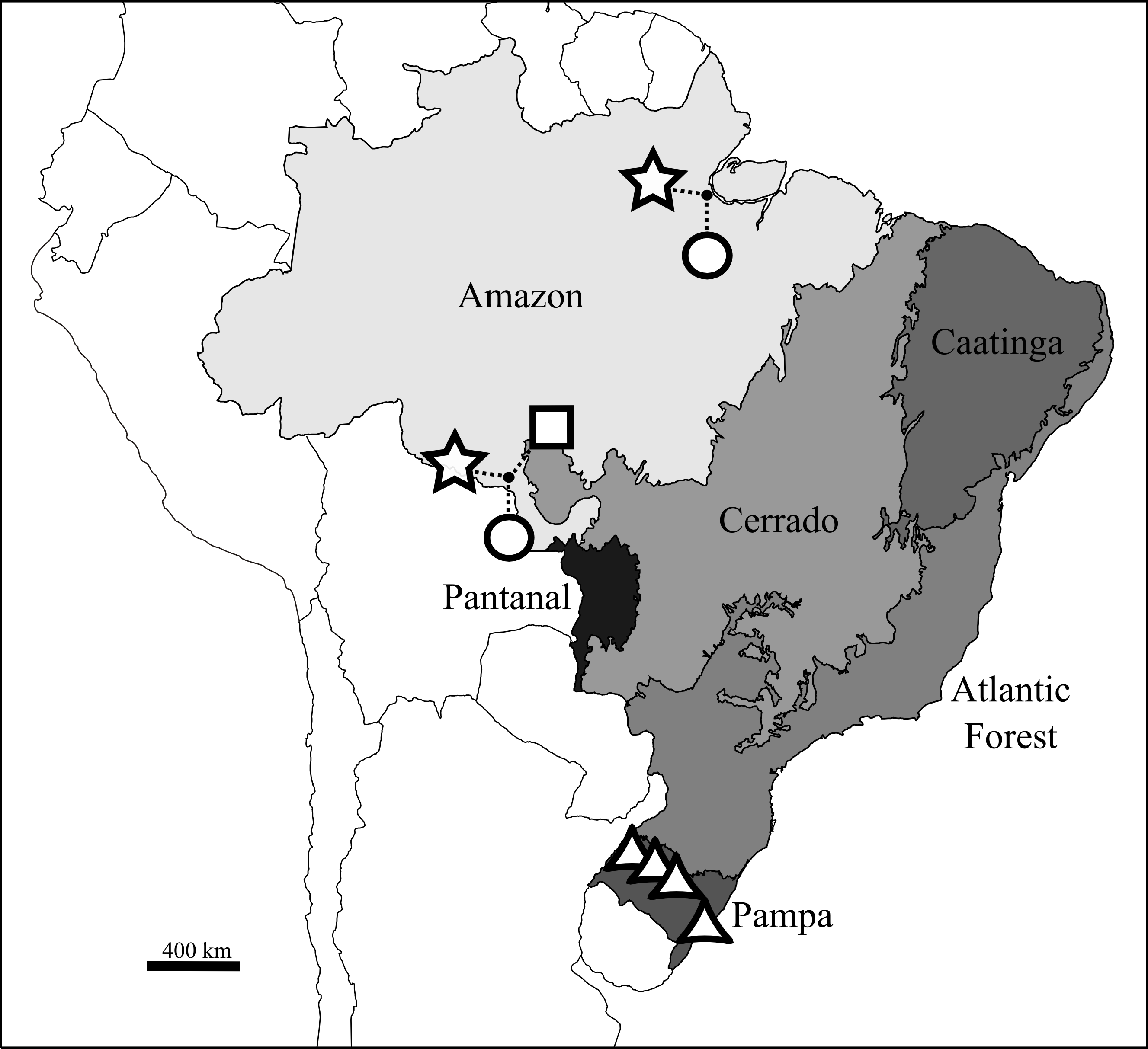 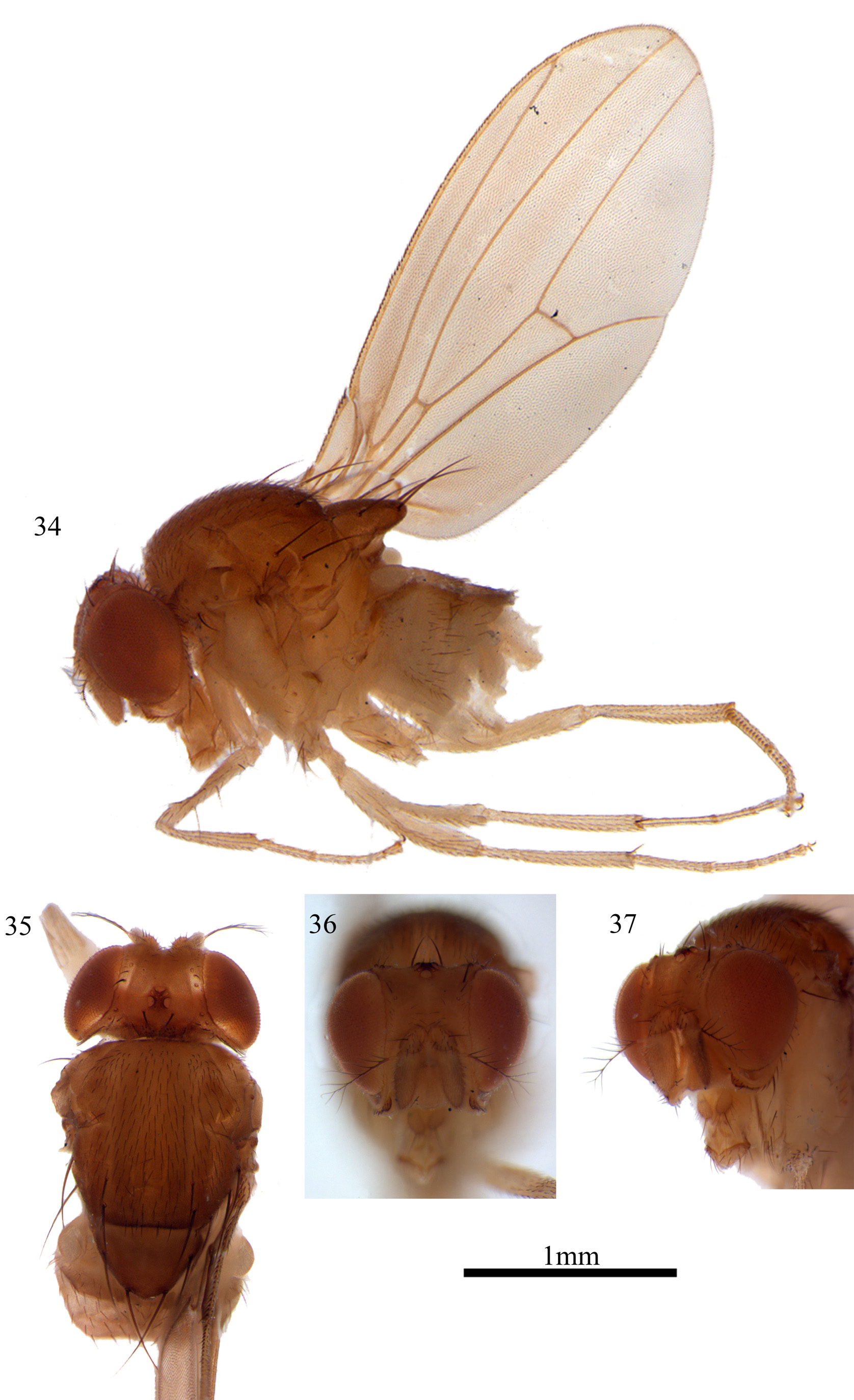