Abdomen ( Fig. 7View FIGURE 7 A) as long as thorax, armed with two rows of abdominal setae.

Fourth limb ( Fig. 8View FIGURE 8 H –J). Pre-epipodite not studied. Epipodite oval, with a long projection. Exopodite round, with six setae; setae 5–6 subequal in length, relatively short; fourth seta of similar length to second seta; third seta markedly short; second seta armed with short spinulae and lateral setulae; first seta longer than half length of second seta, bilaterally armed with thick and short spinulae. Basal endite with one scraper-like (1) and three flaming-torch setae decreasing in size towards the base (2–4); first flaming-torch seta longer and thicker than others (2), armed with long and thick setulae; second flaming-torch seta (3) half-length of first flaming-torch seta; one element observed. Basal endite with three soft setae (a –c), increasing in length towards the base. Gnathobase armed with a sensillum and setulated seta implanted on robust base. Filter comb with five slender setae.

Fifth limb ( Fig. 8View FIGURE 8 K –L). Pre-epipodite oval and densely setulated. Epipodite oval, with a long finger-like projection. Exopodite rectangular, not divided into lobes, about two times as long as wide; four plumose setae; setae 3-2 of similar length; first seta with thick base, longer than second seta. Internal lobe elongated, subrectangular and with setulae; two setulated setae of different length on inner face of the lobe, no elements between these setae. Gnathobase armed with one element and two setae on filter comb.

Differential diagnosis. Monospilus  sp. can be differentiated from other species of the genus by the following combination of characters: carapace without lateral projections, antennules not reaching the tip of rostrum, labral keel with an obtuse apex and armed with a single row of setulae; long seta (e) of the endite 2 of the first limb, and markedly robust first and second flaming torch setae on the fourth limb. Besides, Monospilus  sp. differs from M. daedalus  because the former exhibits an element on the endite 3 of the first limb, and the seventh scraper is armed with strong denticles. Regarding M. dispar  , Monospilus  sp. differs in the postabdomen armature, in the presence of an element on the endite 3 of the first limb and in the armature of the antenna (for comparison see Alonso, 1996 and Hudec, 2010). On the exopodite of the fifth limb, the morphology of the first seta differs from M. macroerosus  sp. nov. and M. brachyspinus  sp. nov. Other differences among Monospilus  species are shown in Table 1. Unfortunately, the limited material available did not allow the formal deposition of some type specimens at a museum collection. Nonetheless, Monospilus  sp. clearly is an undescribed species new for science.

Distribution and biology. Monospilus  sp. is known from the Salto Grande Reservoir only, Uruguay ( Fig. 9View FIGURE 9 A). Naliato (2012) found this specimen in a plankton sample. We believed that its occurrence within the zooplankton is accidental. The setae on the inner portion of the second limb point to a scraper habit. However, new efforts are necessary to improve the knowledge about the ecology and biology of Monospilus  sp., as well as to provide a full formal description of this species. 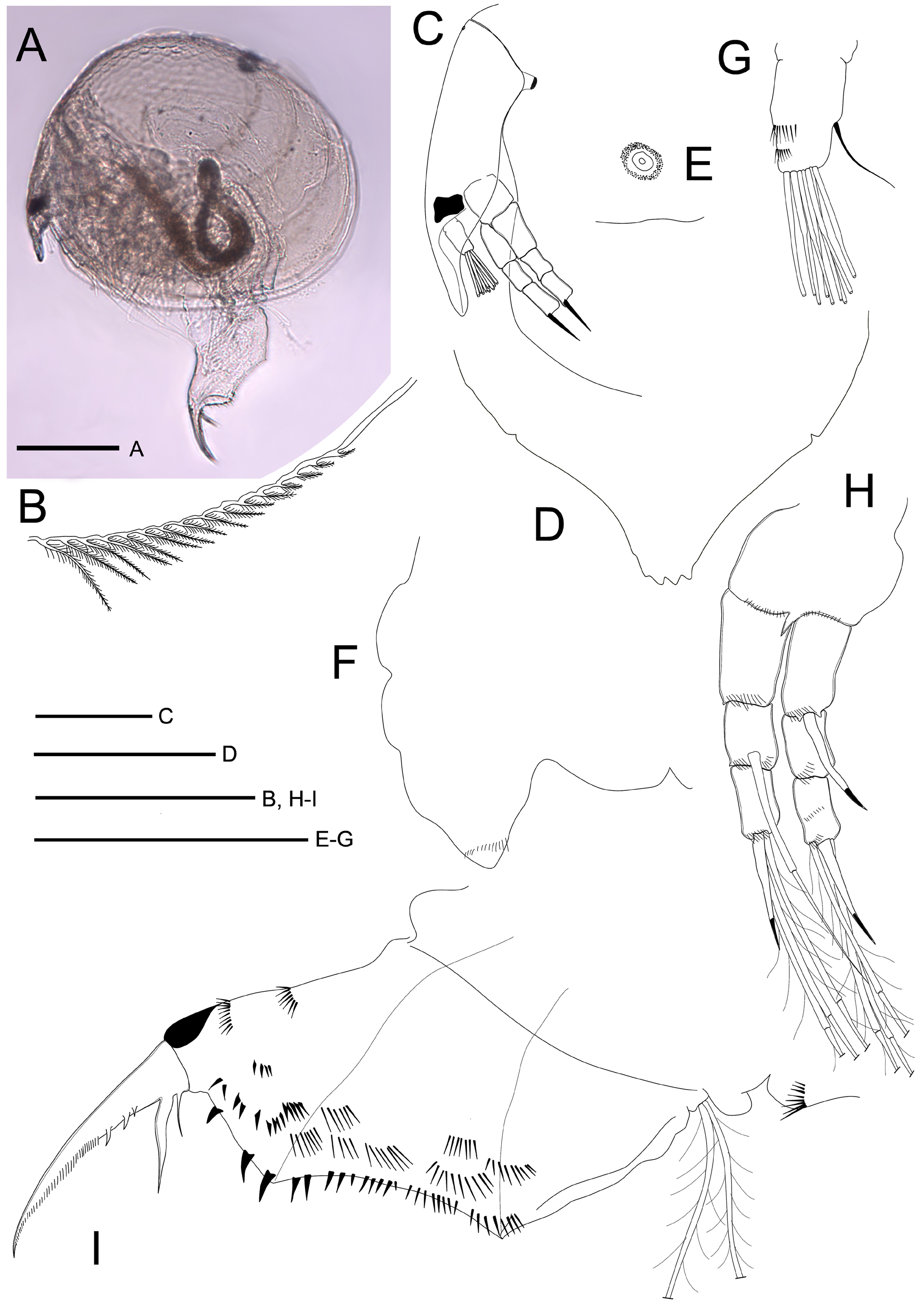 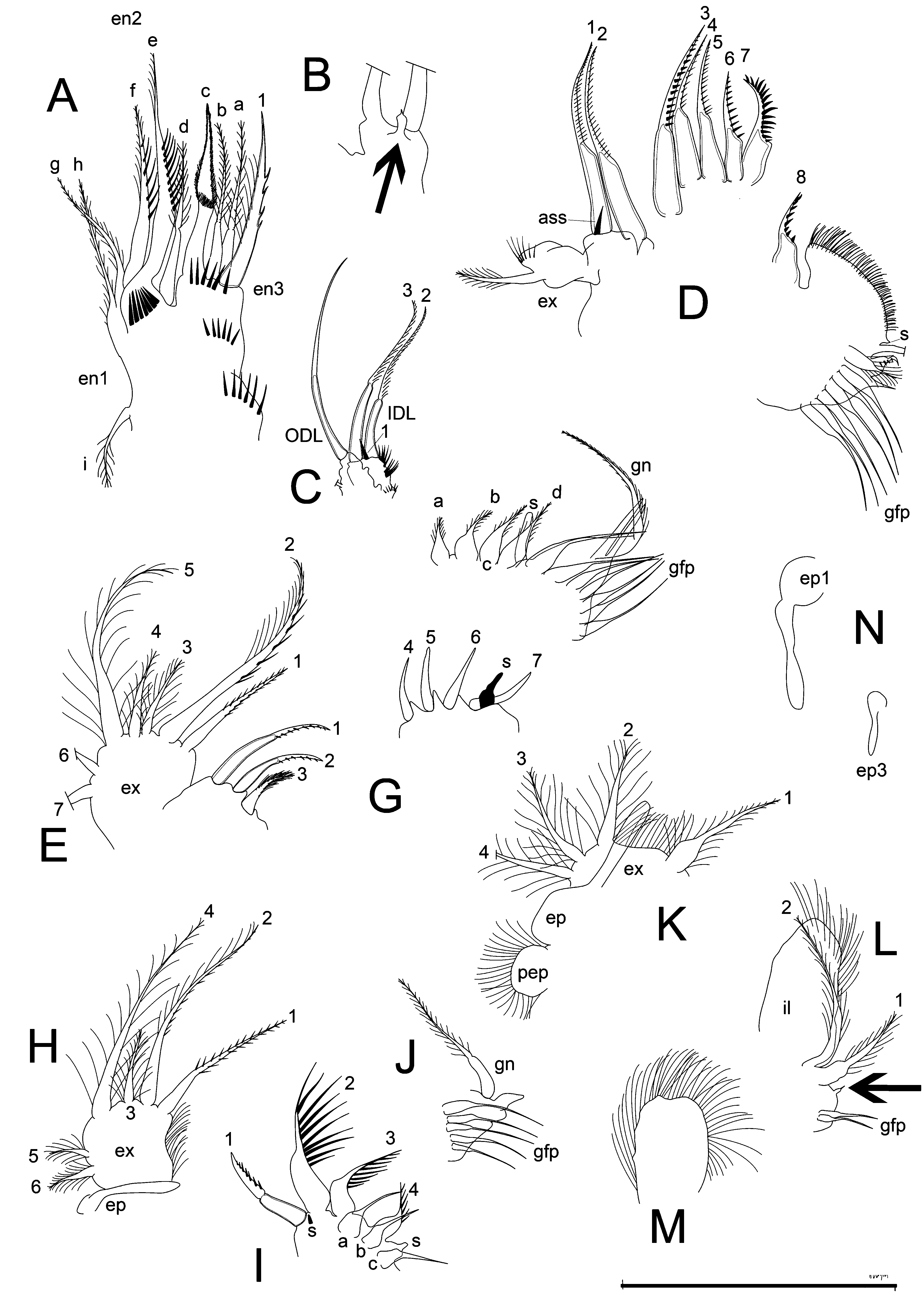 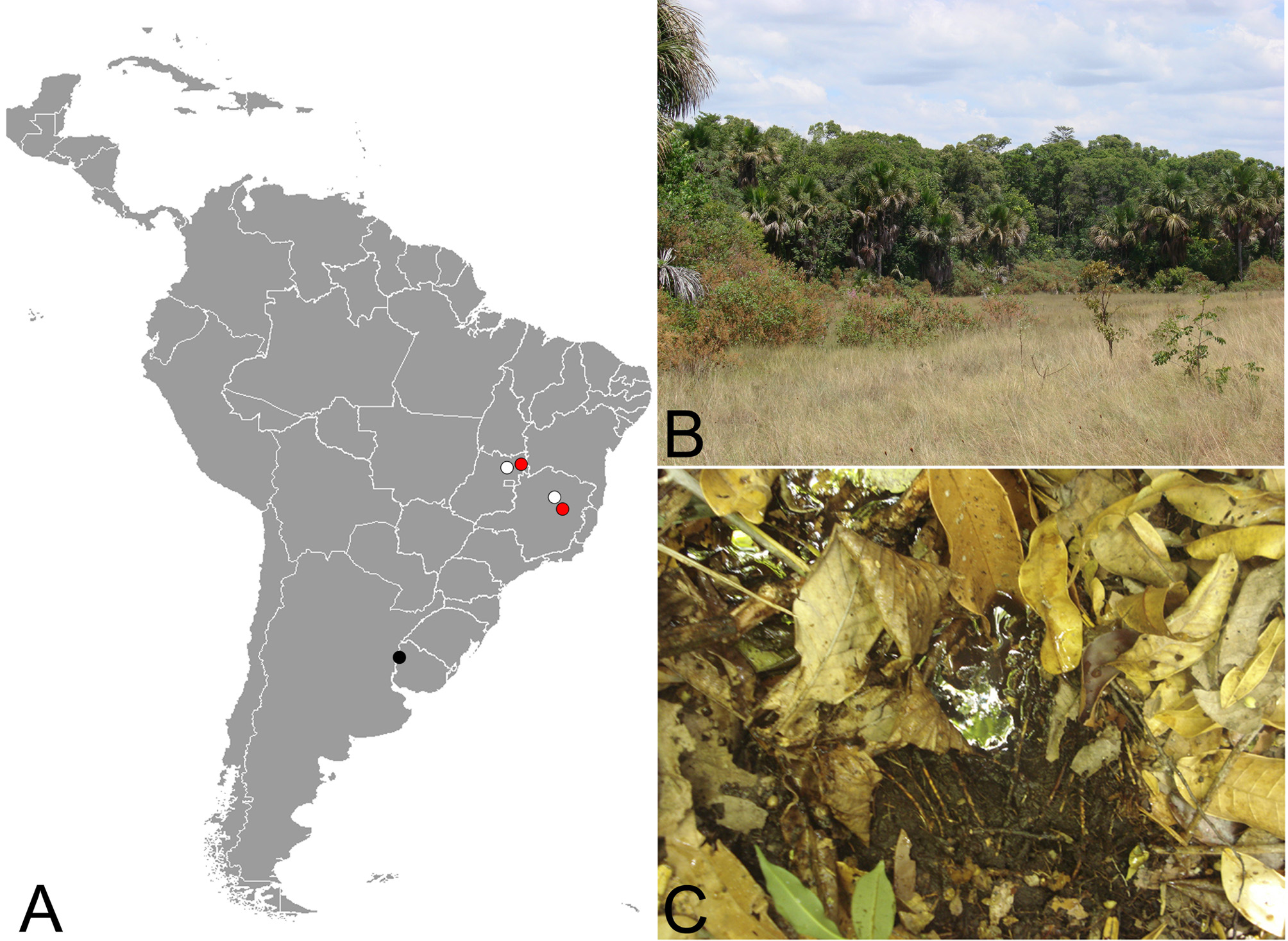