Diagnosis. Males are unique by a combination of the following characters: distal arm of sternum IX with apex forming a slightly concave projection bearing five curved, spine-like ventromarginal setae; apex of the crochet of the aedeagus with proximal margin forming a rounded projection and distal margin strongly convex. Females are unique in that the contour of the distal margin of sternum VII is almost straight.

Head with front slightly concave, about four times longer than high, with two frontal rows of setae: first row with six or seven equidistant setae, tips exceeding the insertion of setae of the next row; second row with three equidistant setae, the longest seta extending past the distal end of the longest spine of the genal comb. Three placoid pits along the margin of the front. Occipital region with four rows of setae. First antennal segment with 10–15 small setae; second antennal segment with 13–15 short setae reaching the first segment of the clavus; antennal clavus subequal in length to the first antennal segment in males and twice the length in females. A row of small setae bordering antennal fossa: 30–35 in males ( Fig. 1 View FIGURES 1 – 8 ), 15–20 in females and restricted to the posterior edge of the head ( Fig. 2 View FIGURES 1 – 8 ). Genal comb with four pointed spines, the first two overlapping, the fourth spine shorter than the others (60–80 % of the length of the longest spine). Preoral edge with two setae on each side. Genal process sharp, subequal in length to the longest spine of the genal comb. Maxillary lobe sharp, extending beyond basal half of maxillary palpus. Maxillary palpus four-segmentedreaching to about the middle of the forecoxa; first and second segments subequal in length; third segment shorter and fourth segment longer than the others. Labial palpus five-segmented, long, extending to about the distal edge of the forecoxa; first and fifth segments subequal in length and 1.5 times longer than second and third segments. Lacinia slightly serrated and subequal in length to the labial palpus.

Abdomen without spinelets. Tergites II-VI with two rows of setae (4; 8–10), setae of anterior row shorter than those of the posterior row. Tergum VII with two antesensilial setae each side. Fossa of spiracle of tergites II-VII short, cone-shaped. Sensilium strongly convex posteriorly, with 13–15 sensilial pits. Sternum III-VI with three or four setae. 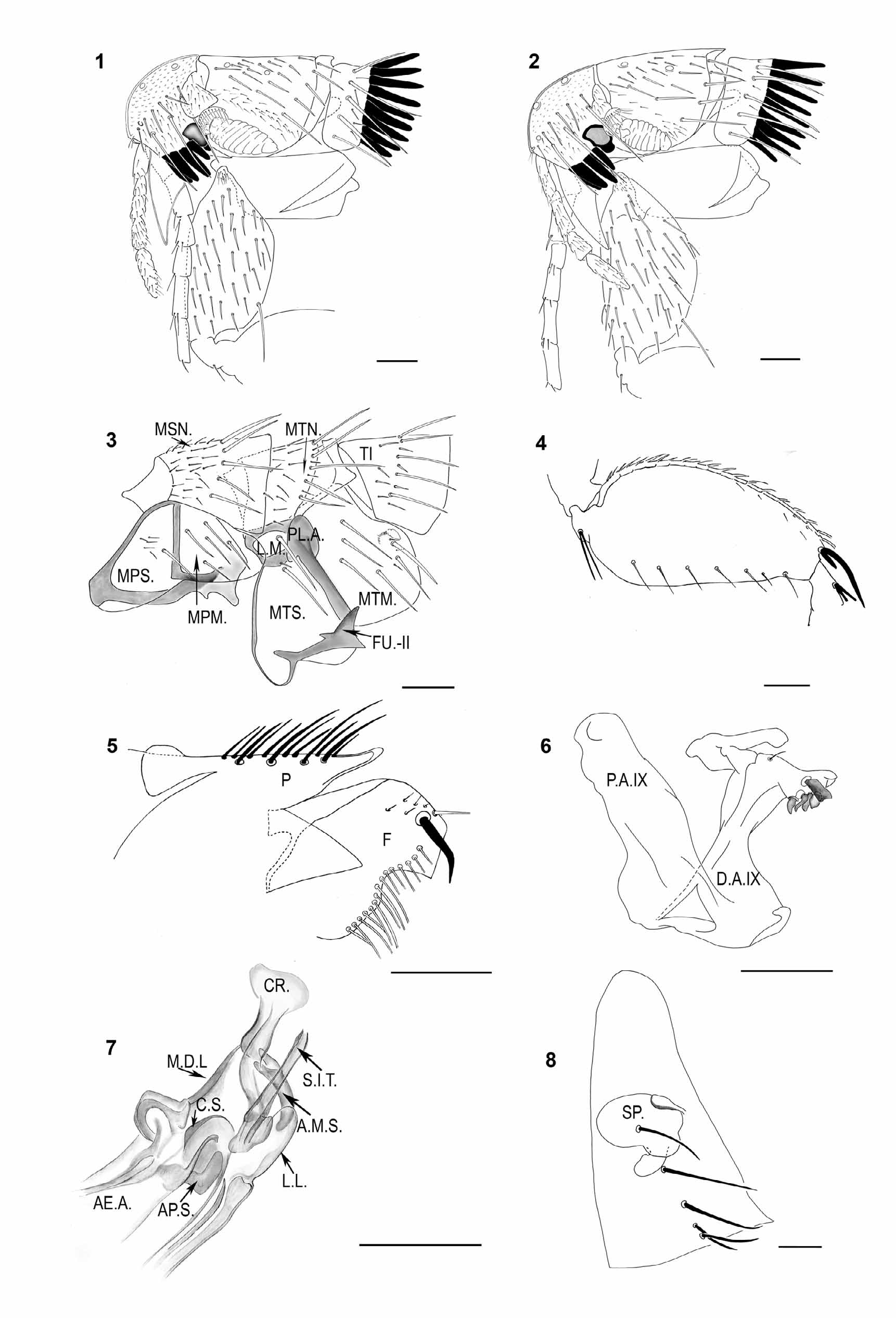 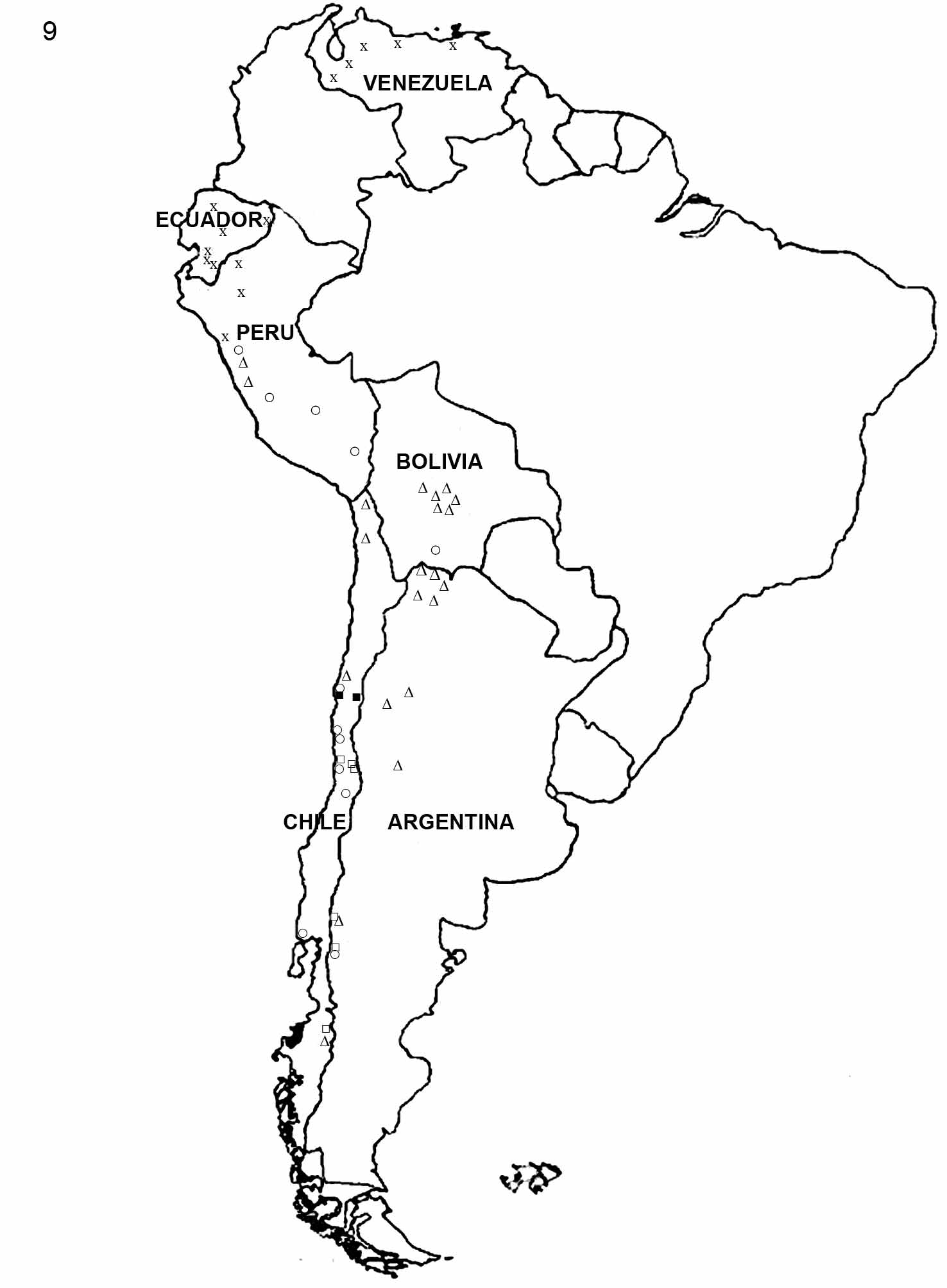