This is a somewhat nondescript species, best diagnosed by the following set of characters considered together: Fused inferior appendages without an apicomesal process; elongate paramere appendages, somewhat widened preapically; and an upturned dorsal phallic spine with an acute apex, as viewed both laterally and dorsally. The lightly sclerotized ventral projection of the phallicata is also probably diagnostic, but may be more difficult to discern, depending on how the specimen has been cleared.

Etymology. This species is named M. parauna , used as a noun in apposition, for Rio Parauna, near which the type specimen for the species was collected. 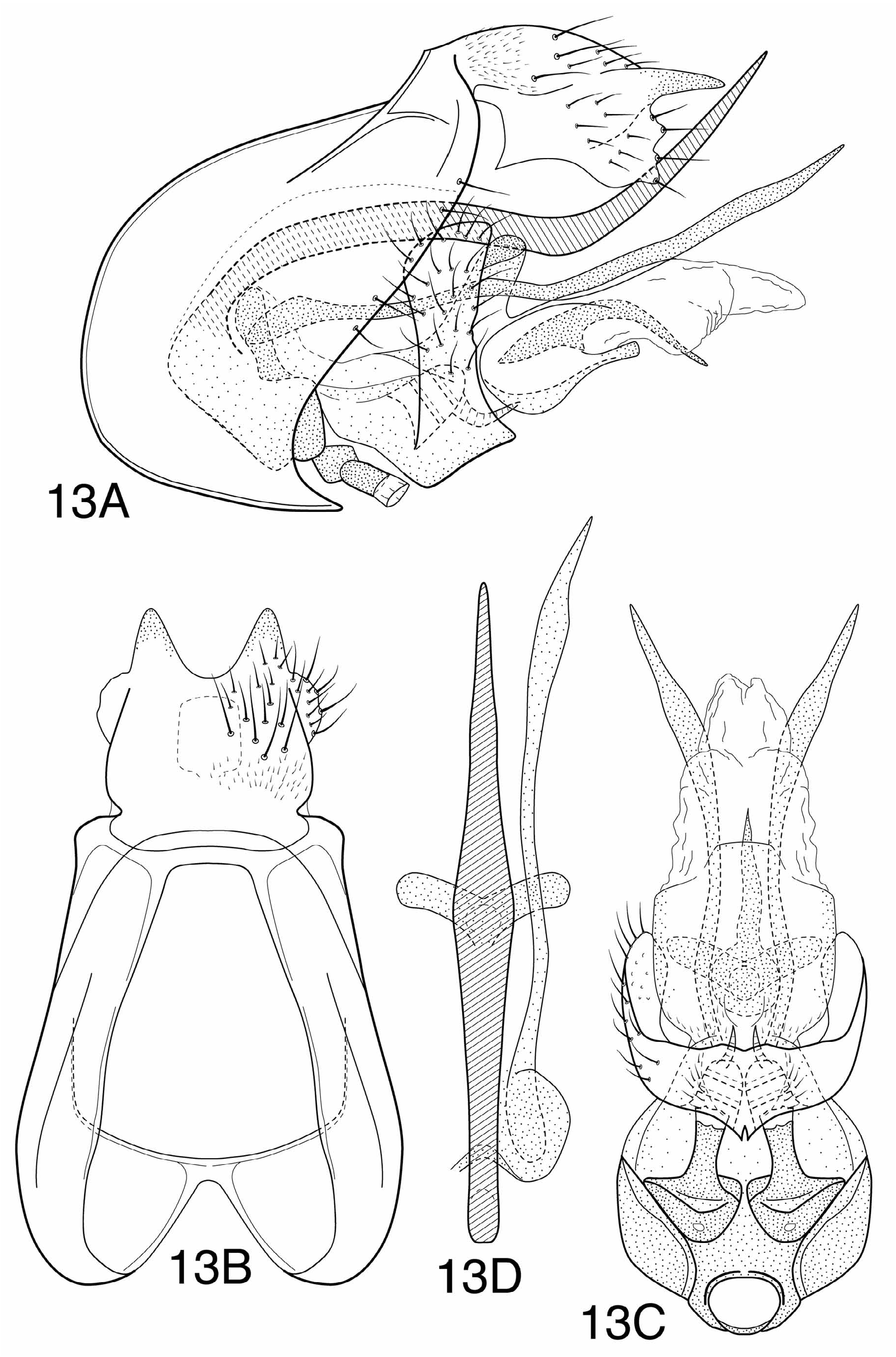