Etymology. Named in honor of Urszula Miezio from Philadelphia, in recognition of her friendship, kindness and continuous support.

Pupa (n = 2, except where otherwise stated).

Remarks. The male of Tanypus urszulae  sp. nov. closely resembles those of T. (Apelopia) imperialis Sublette  and T. (Apelopia) neopunctipennis Sublette  in having dorsocentrals in a single row towards the scutellum and the curved gonostylus, but can be separated by the entirely pale brown abdominal coloration and the gonostylus with reduced carina opposing to T. (A) imperialis  , which possesses abdomen with basal brown bands on each segment and T. (A) neopunctipennis  , characterized by the absence of carina. Based on the adult features, scutal tubercle lighter than the surrounding area and maxillary palp composed of 4 palpomeres (see Roback 1971: 55), T. urszulae  may be included in the subgenus Apelopia  . The immature stages, pupa and larva, however, possess the features of Tanypus  s. str. (see Roback 1977: 72), since the pupal abdomen has LS-setae only on the segments VII –VIII, and the larval claws on the posterior parapod are all simple. Thus the adult and the immatures disagree in the subgeneric status. The pupa has well-developed anal lobes which are much longer than the abdominal segment VIII. This is a unique feature among the known pupae of this genus, because all other known pupae have reduced anal lobes which are shorter than the abdominal segment VIII ( Fittkau & Murray 1986). The larva is armed with a sixteethed ligula. It is also unique among the known Tanypus  larvae having a five-teethed ligula ( Cranston & Epler 2013). Tennessen & Gottfried (1983) reported the larva of T. (T.) punctipennis  which possesses a six-teethed ligula. They concluded that it was an abnormal ligula, because it occurred in one of 12 larval specimens examined. Whereas in T. urszulae  the six-teethed ligula was found out in all of two larval specimens examined. Considering the unique pupal morphology and the unique status in the genus, we cannot but recognize the six-teethed ligula as a larval features of the species.

Distribution and habitat. Tanypus urszulae  sp. nov. is known only from its type locality, at the Monjolinho Reservoir in southeast Brazil (São Carlos, SP). This is a small aquatic system, located within the Federal University of São Carlos (UFSCar) and surrounded by monoculture of Pinus elliotti Engelmann. The  reservoir is characterized by large amounts of the submerged macrophyte, Myriophyllum aquaticum (Velloso)  at its margins. 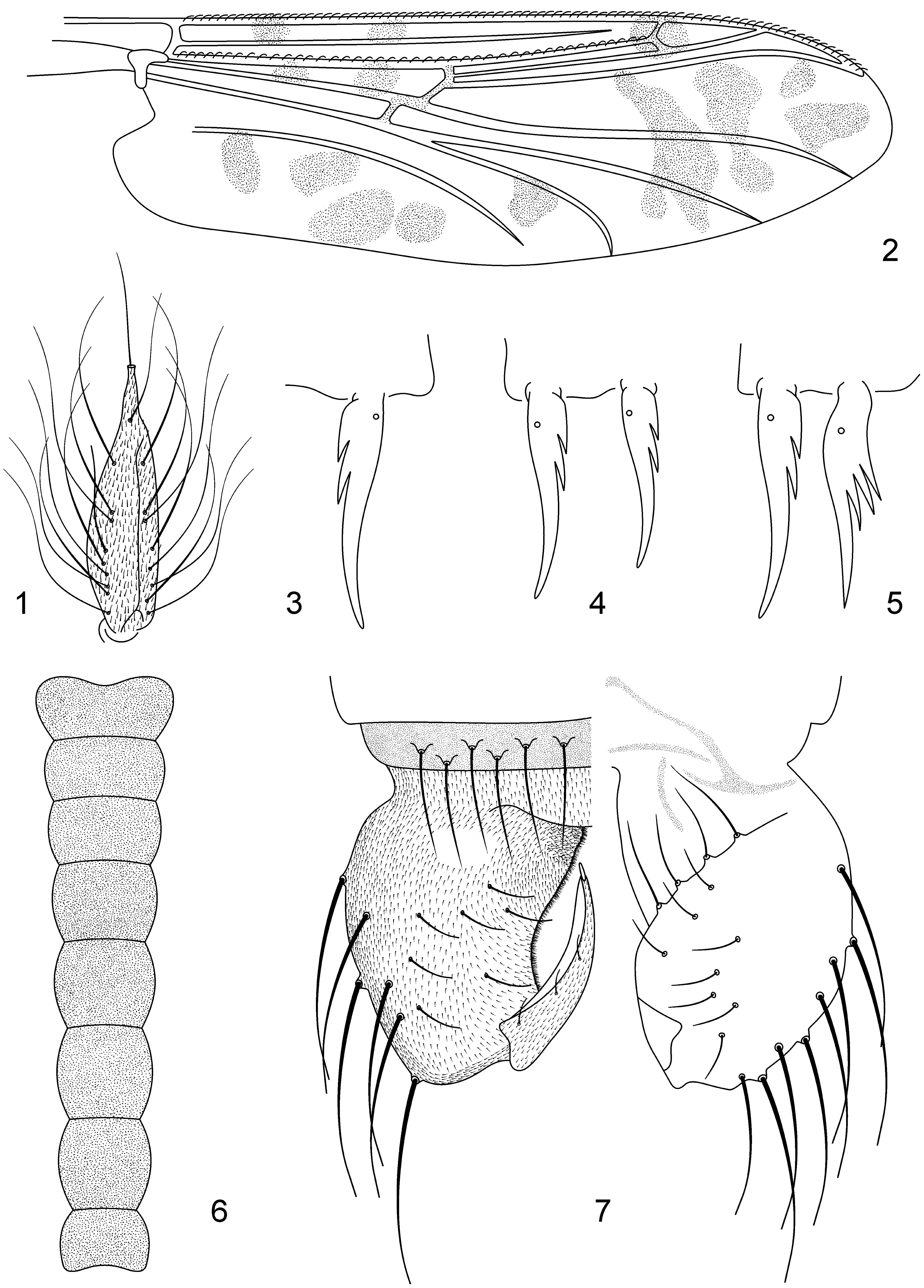 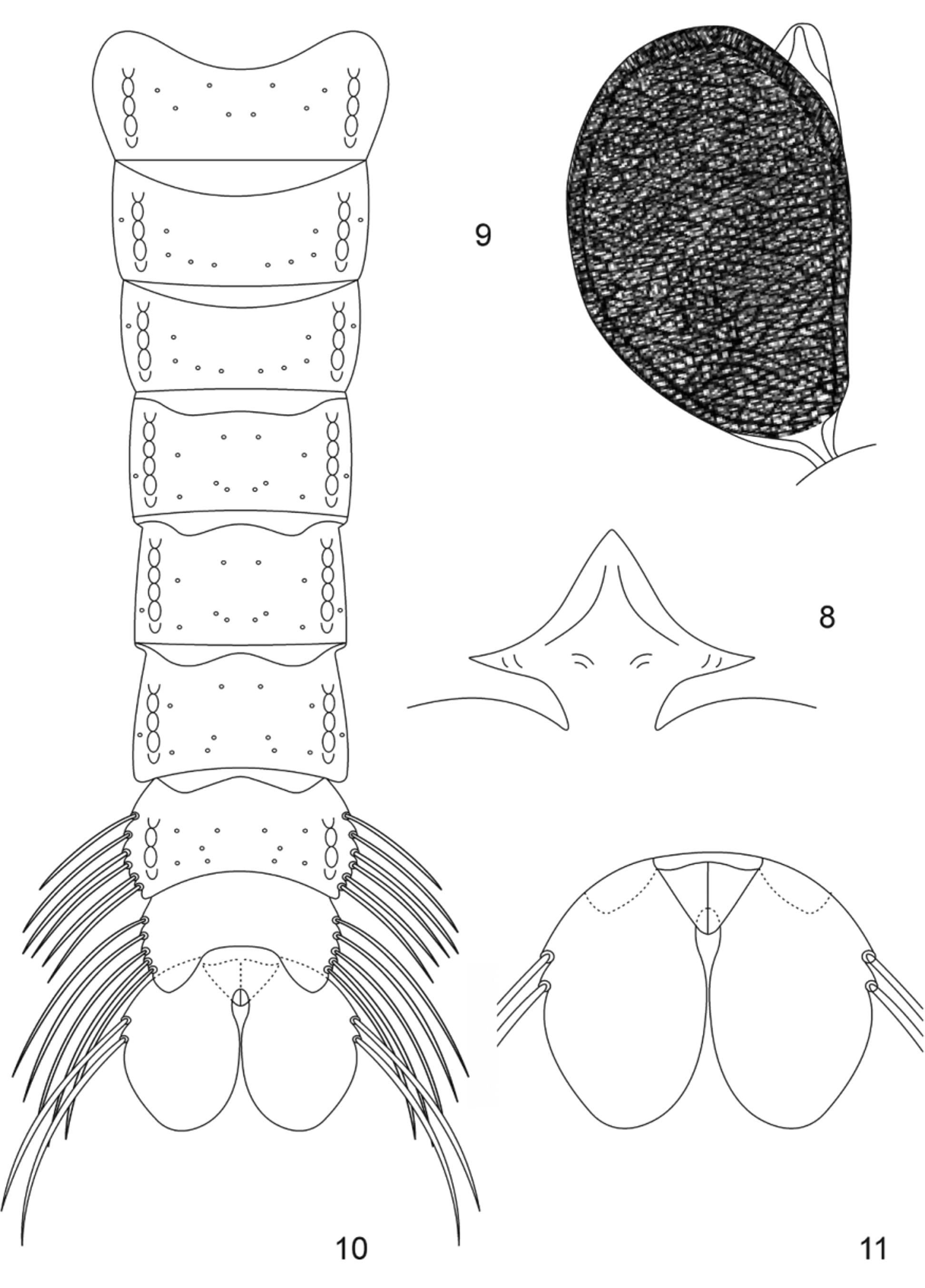 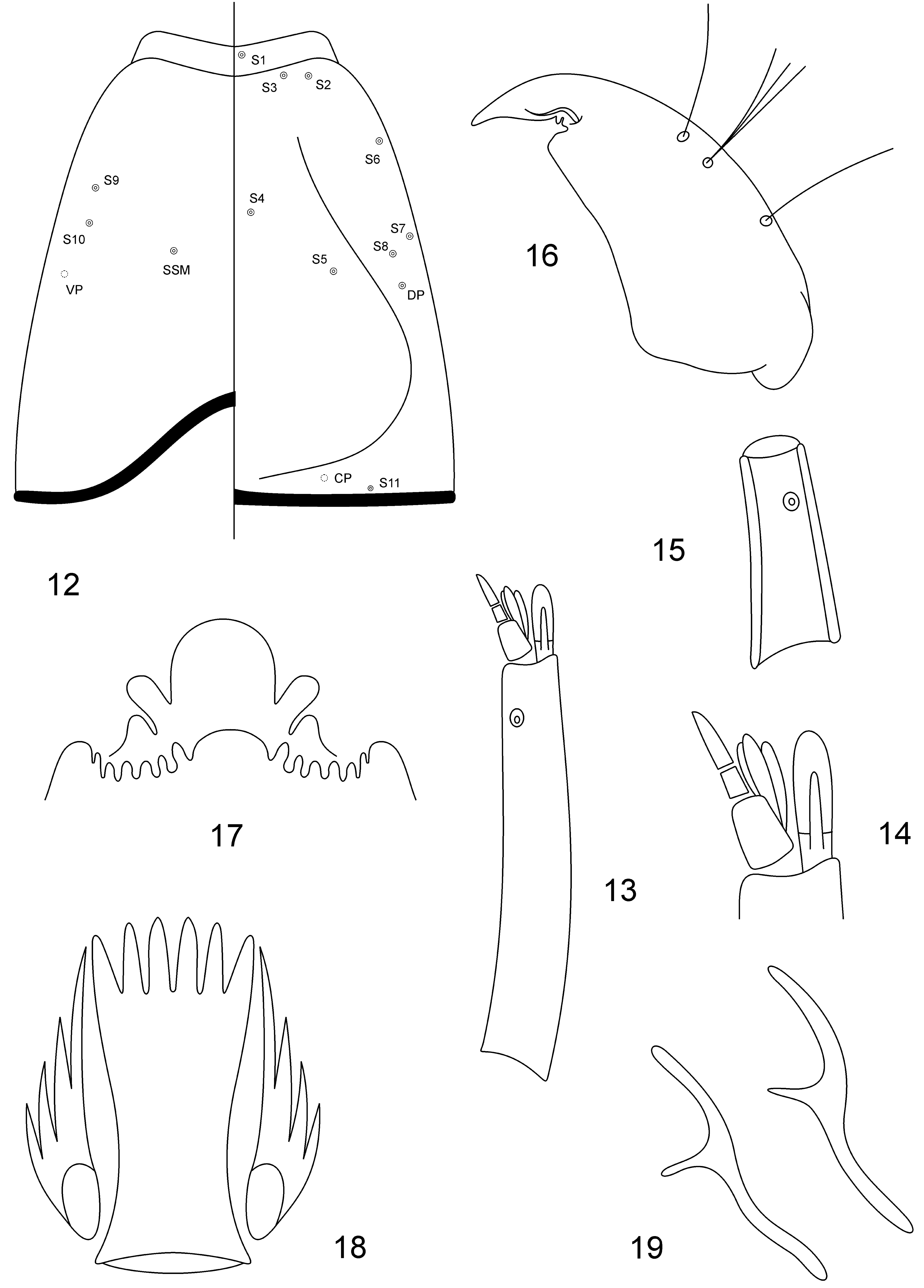