Diagnosis. Very similar to M. sinjaevi  but can be distinguished by the following characters: wings pale grayishyellow; forewing broader with apex less produced.

Bionomics. The larval host is unknown.

Remarks. This species is endemic to the Qinling Mountains.

Female. Similar to male, but larger and with filiform antennae.

Etymology. From the Latin compar (= comparable) plus the genus name Mustilia  , referring to the establishment of the genus based on comparing it to the genus Mustilia  , in which the type species of this new genus was previously included.

Remarks. Although the type species, Mustilia sphingiformis  , was described by Moore (1879) in Mustilia  , it is very different from the other Mustilia  species based on the following characters: uncus much narrower with lobes outcurved apicaly; valve broad with a warty protuberance near apex; posterior margin of 8 th sternite with a narrow V-shaped notch. On the basis of these shared characters, we here establish a new genus including three species, all of which are recorded from China (Map 18). 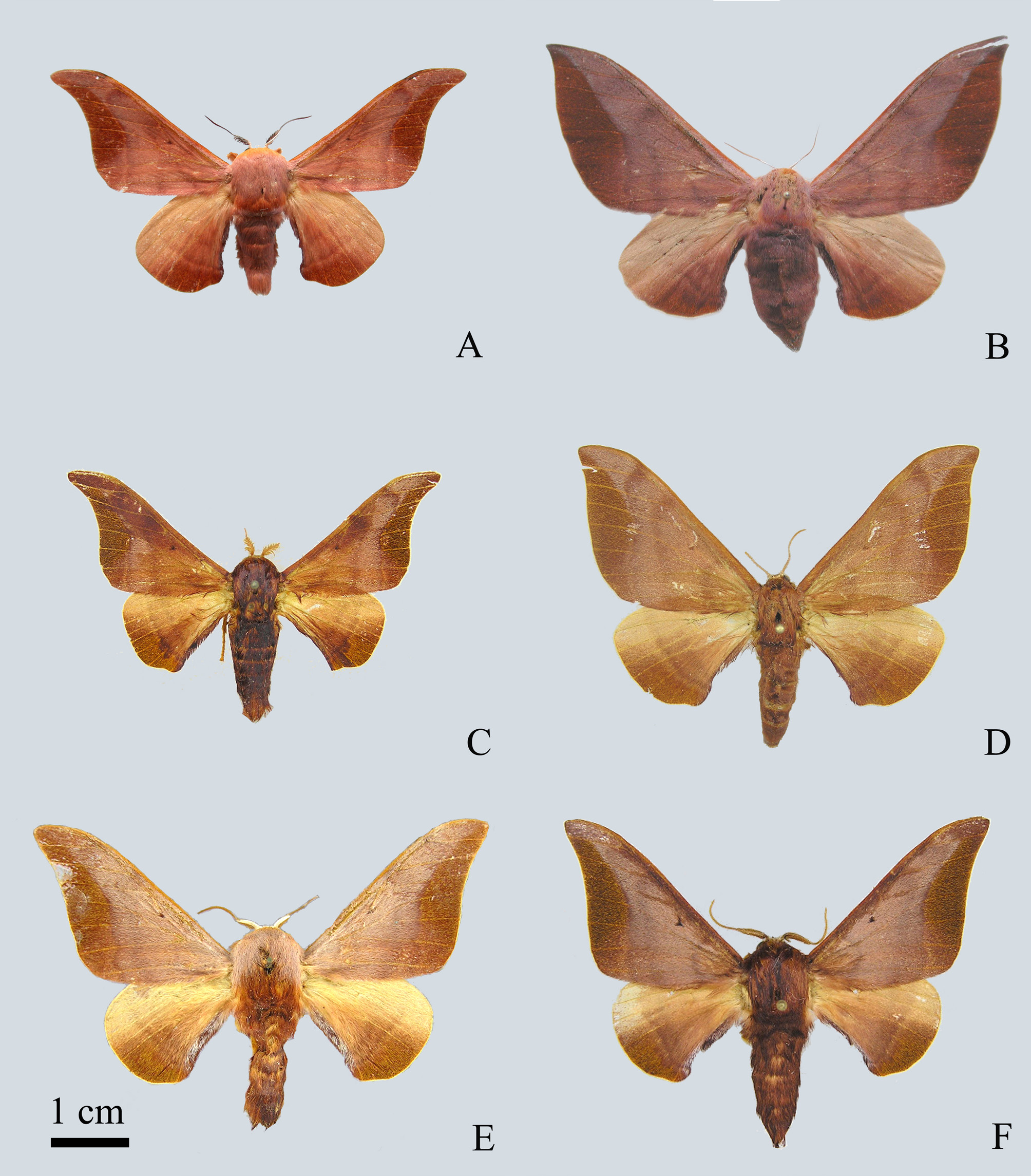 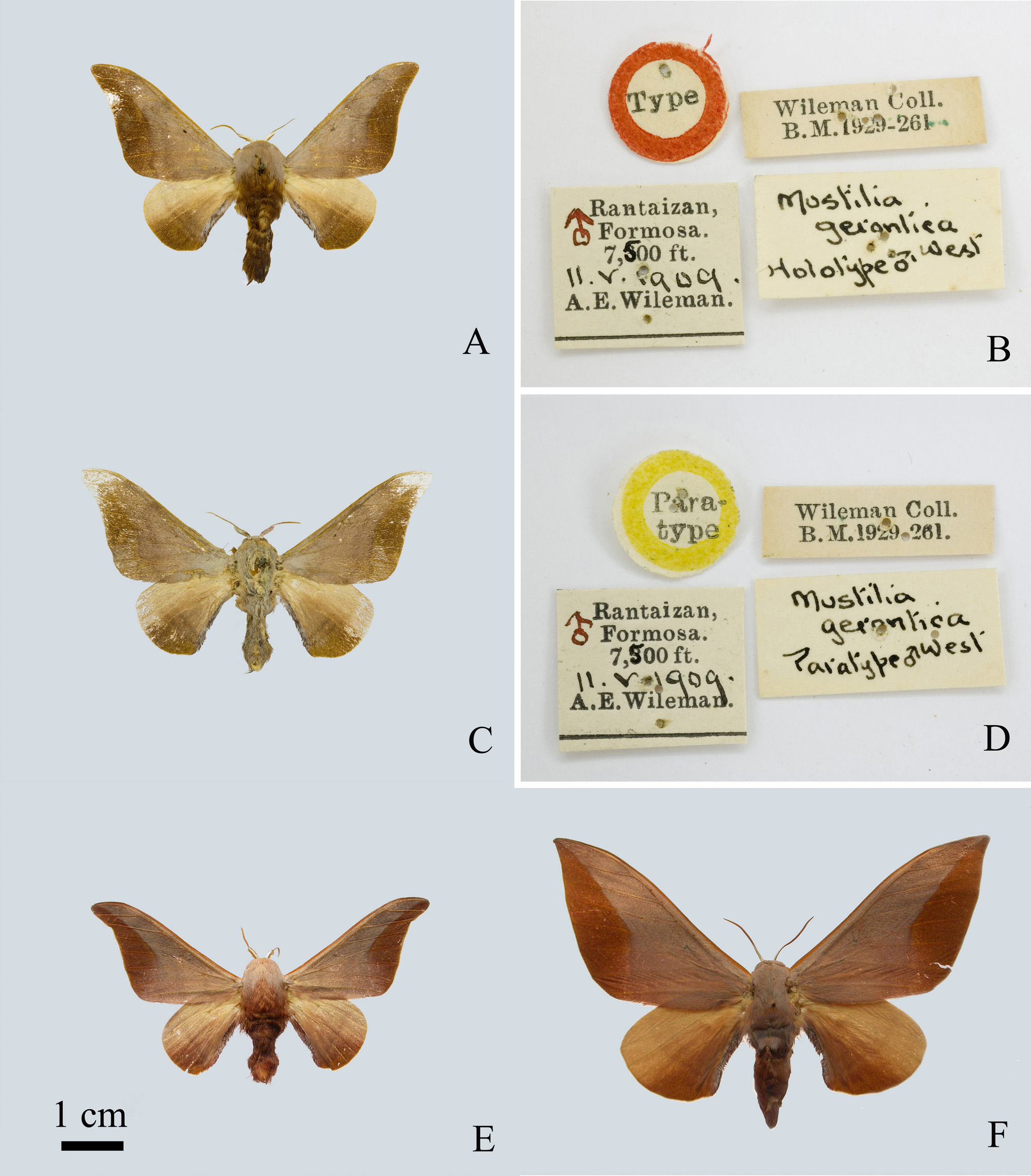 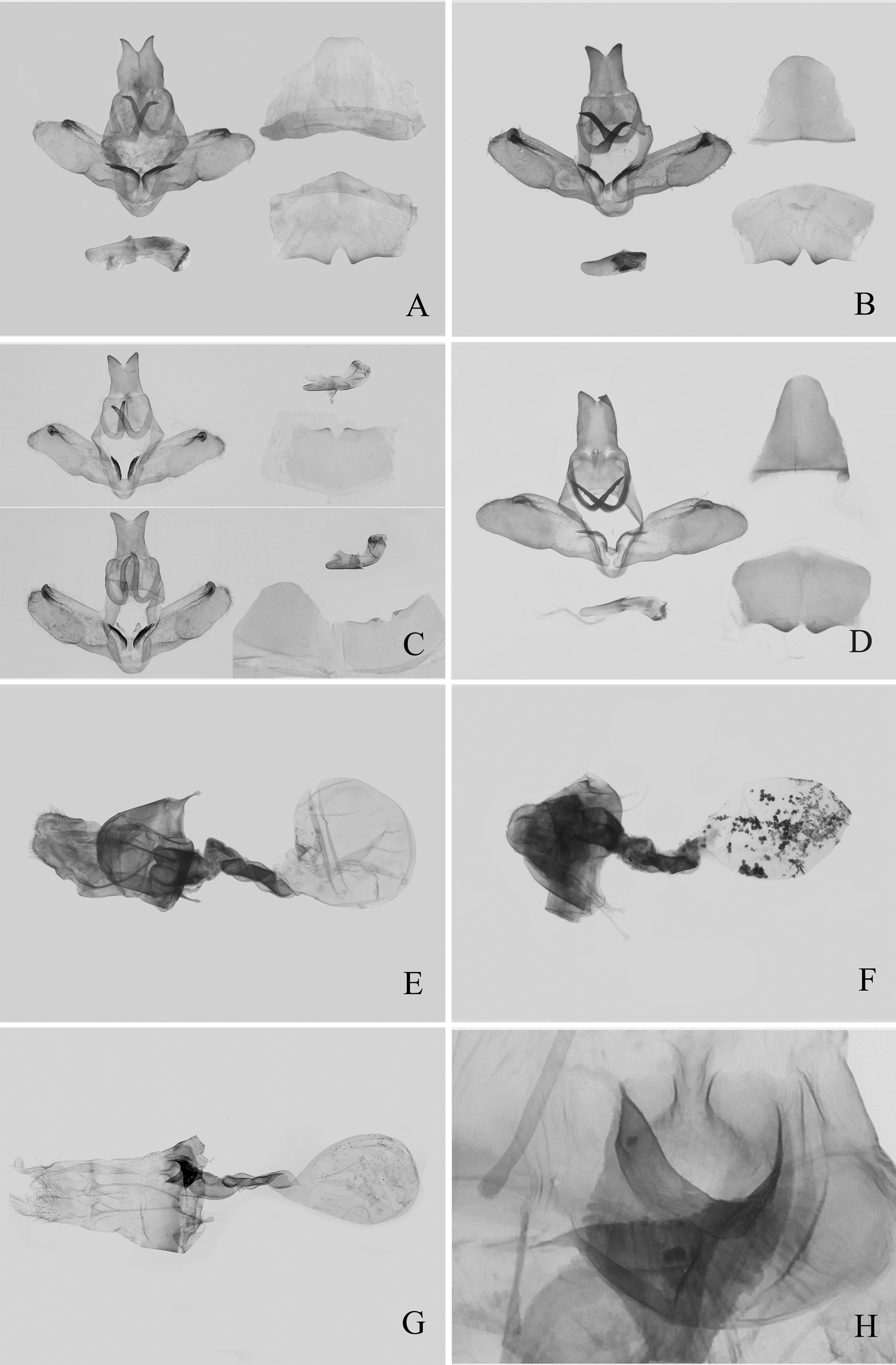