Remarks. Zolotuhin & Witt (2009) considered that this genus had been erroneously synonymized with Theophoba Fletcher & Nye, 1982 (incorrectly attributed to Mell, 1958; see below) by Kishida (1993). In fact, Sesquiluna  does not appear to be closely related to Theophoba based on the unique characters of the male genitalia that are very quite different from all hitherto known bombycid genera. Nässig & Oberprieler (2008) gave a short discussion on its systematic position, but we temporarily consider that it is a bombycid. However, this taxonomic status should be confirmed by genetic data, although it does form a cluster with Theophoba based on COI barcode data (unpublished). At present, three Sesquiluna  species are known, of which only one is recorded from China (Map 24). 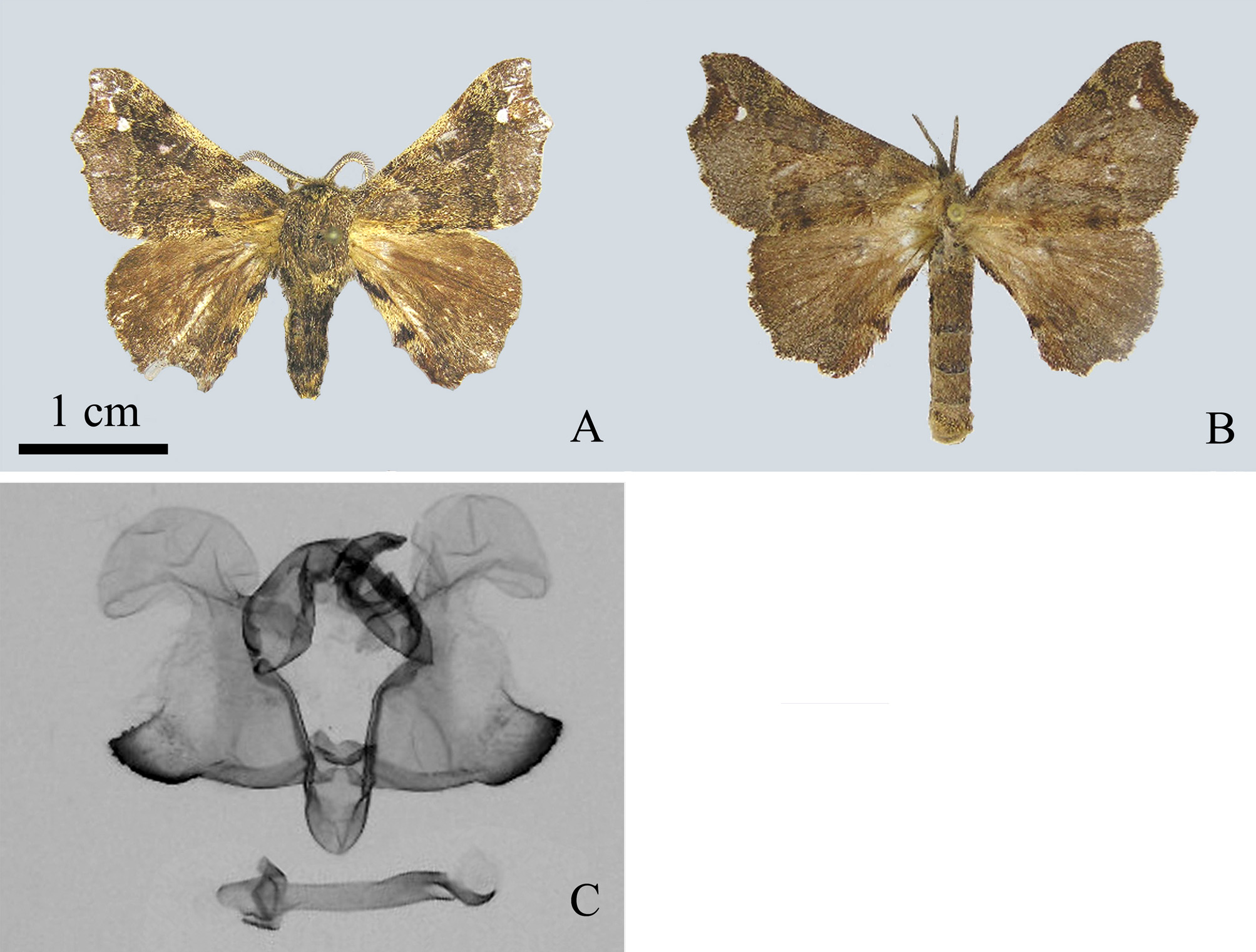