Diagnosis. The genus is diagnosed by the presence of a furculum in the male, which is a modification of the 8 th tergite into a rectangular structure with lateral adpressed spines arising from an anterior 'frame'. In female genitalia, there is a large and scobinate signum in bursa, a large rounded lamella antevaginalis and a smaller lamella postvaginalis distinct from the 8 th tergite, and distinctive lateral lobes on the membrane between these structures and the ovipositor lobes.

Remarks. The larvae of the Ocinara  group were described by Mell (1958). They mostly resembled those of Gunda  in having swellings on segments A 2 and A 5 and an extensile horn on A 8. The horn could be flexed and extruded to terminate  in a white apiculus. In contrast to the eggs of Trilocha varians  , which are flattened, slightly rectangular discs, those of Ocinara  are laid in long rows, with the shorter edges flattened and touching. The rows may curve but are not angled, and can be laid side-by-side but are separate. Pupation takes place in a yellow, semiovoid silken cocoon, which is usually attached to the surface of a leaf. The larval host plants of the group consist of Ficus  , Artocarpus  and Streblus  ( Moraceae  ) (Dierl, 1978; Mell, 1958; Roepke, 1924). The larva of the type species has been described as green with a horn on the 8 th abdominal segment (Dierl, 1978), feeding on Ficus  ( Moraceae  ). The genus is most diverse in Sundaland, with only one species extending into the Indian Subregion, this being the only species recorded from China (Map 7). 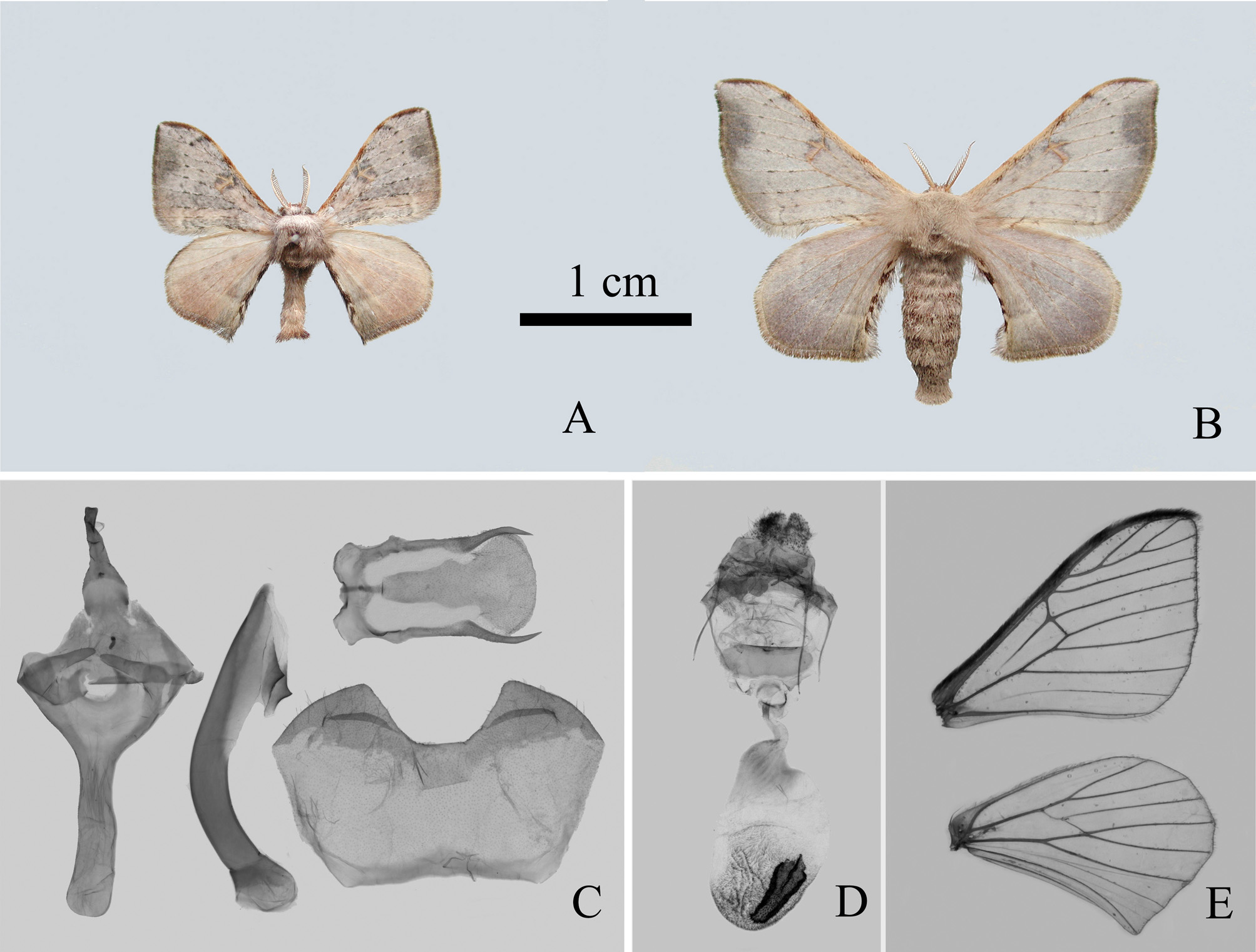