Diagnosis: This is a medium-sized (TL = 7-7.5), dull orange-brown species with long and slender legs and sue eyes in three diads. Legs and body thickly covered with two kinds of hairs; (1) long, suberect, denticulate hairs and (2) between them fine, procumbent, basally feathered hairs.

Description: The species has been well described by Gertsch & Ennik (1983).

Distribution: L. rufescens  is a cosmopolitan species ( Platnick 2002). This is the first record of the species from Seychelles and found on Assumption and Cousin.

Discussion: Violin spiders live on dark places on the ground or under bark, some species are cavemicolous. They do not make a real web by rather spin a few irregularly placed strands of silk that serve as retreats. Loxoscelids are notorious for their bites which may cause cutaneos necrosis, known as “necrotic arachnidism” or “loxoscelism”. Their venom is mainly cytotoxic and to a lesser extent also haemotoxic and neurotoxic. 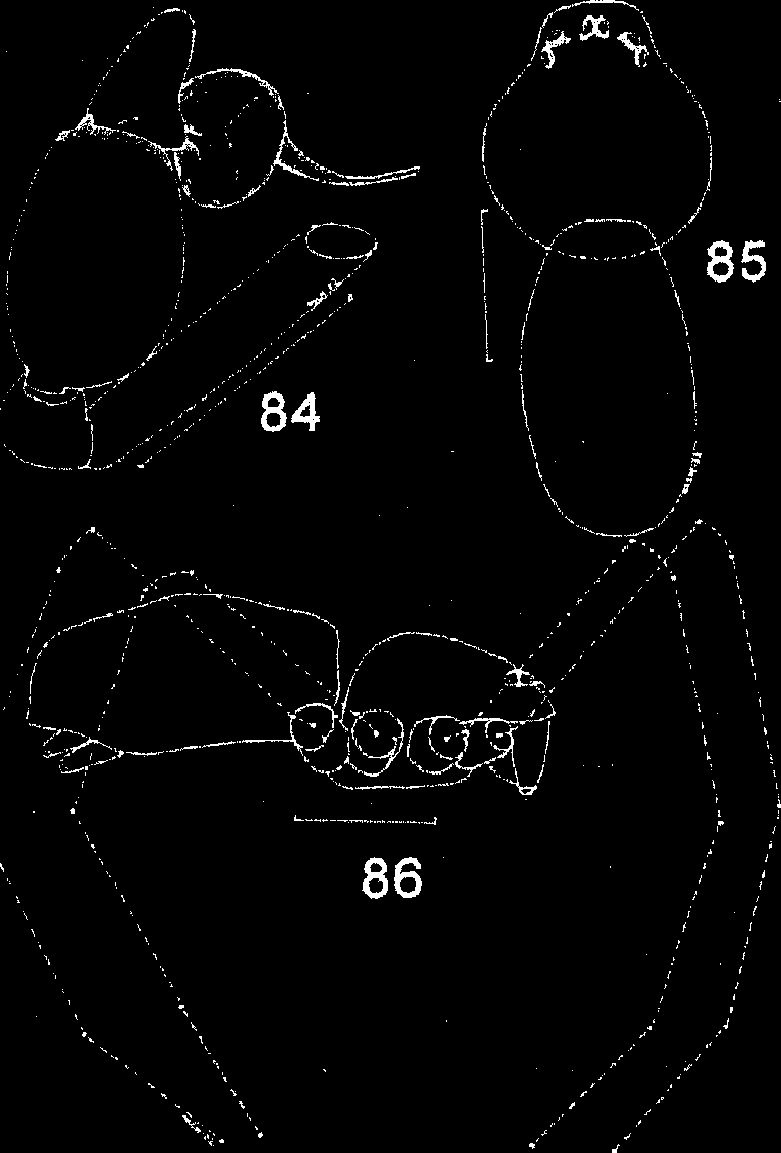