Diagnosis. Tinodes forcipatus  n. sp. is closely related to Tinodes marcossi  n. sp. The two species can be distinguished by the shape of the intermediate appendage branches. These appendages are almost symmetrical in T. forcipatus  n. sp., but they are conspicuously asymmetrical in T. marcossi  n. sp. Moreover, the medio-dorsal spines of these appendages are longer than the appendages themselves in T. forcipatus  n. sp., but in T. marcossi  n. sp. they are shorter than the right one and slightly longer than the left one. The apical spine is longer in T. forcipatus  . Although not so apparent, other differences can be observed: the long internal sclerite of the phallic apparatus is stouter and more sclerotized in T. marcossi  n. sp. and the dorsal branch of the second segment of each inferior appendage is somewhat more developed. These two species are also related to Tinodes irwini Johanson & Oláh 2007  , which is distinguishable by the accentuated curvature (Z-shape) of the intermediate appendage branches and a shorter internal sclerite in T. irwini  .

Etymology. Latin noun “ forceps ” and adjectival suffix “- atus, - a, - um,” meaning “provided with pincers, nippers, tongs, or tweezers”; referring to the shape of the second segment of each inferior appendage (ventral view). 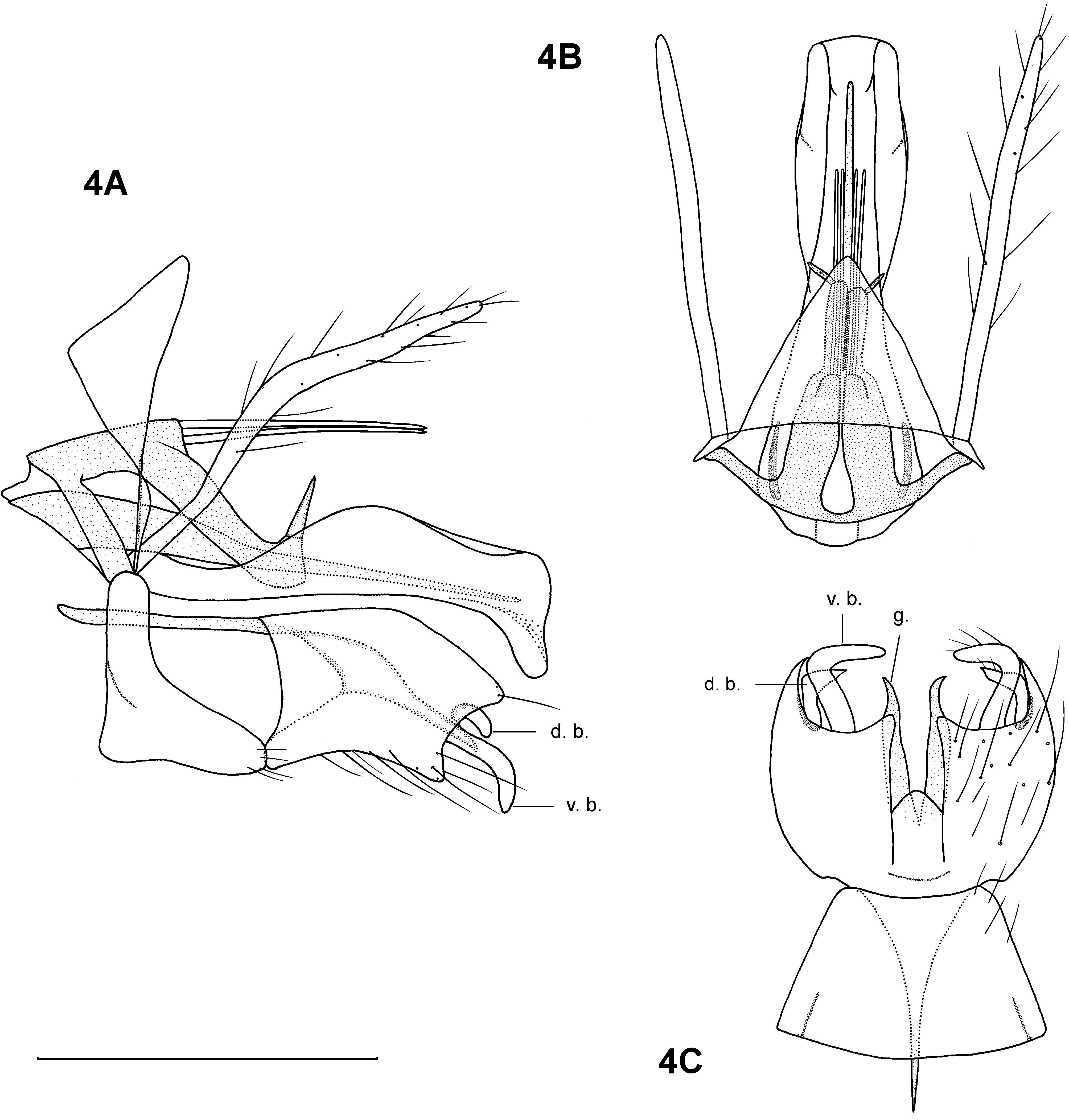 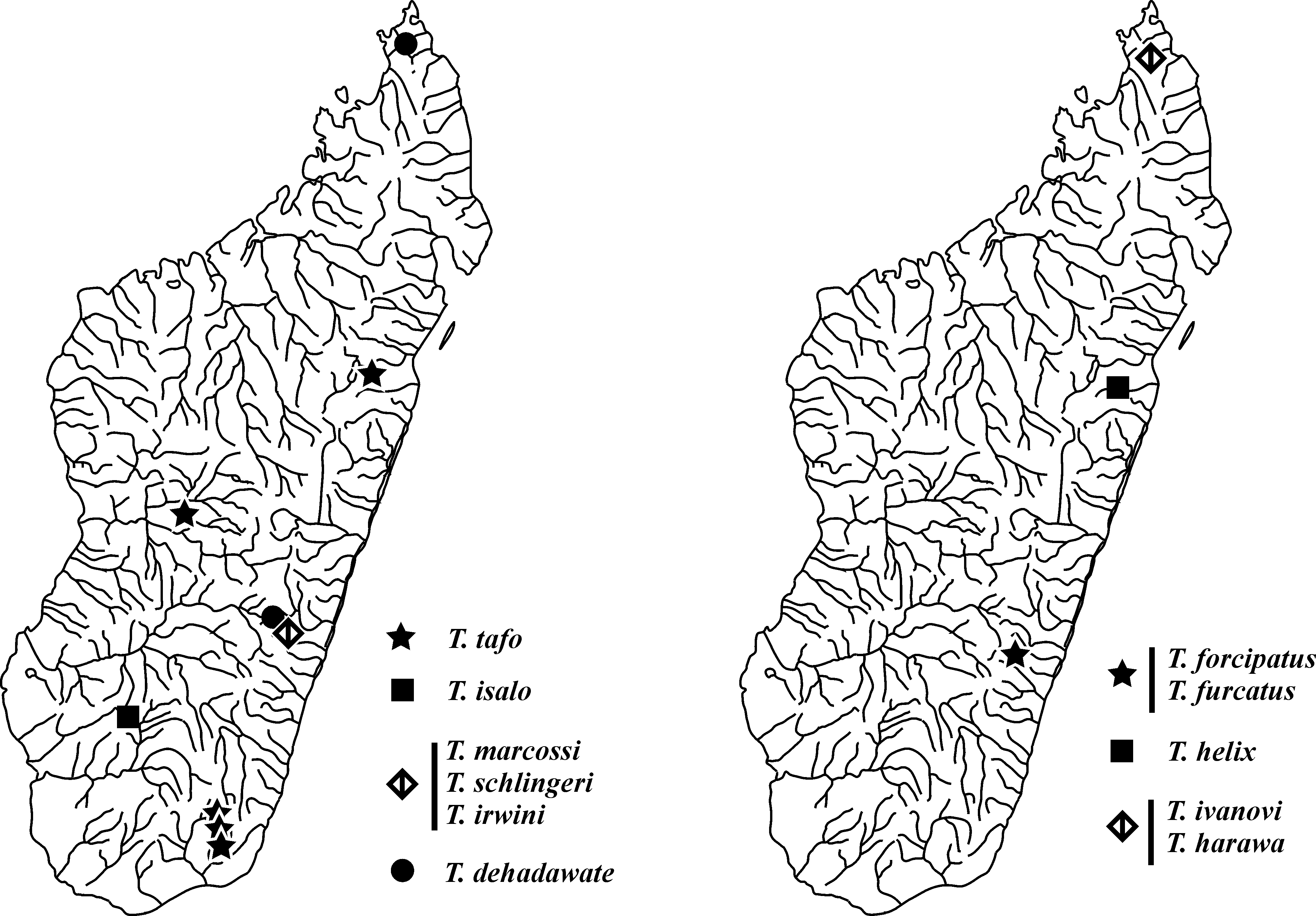