Head depressed and broad, acutely rounded when viewed laterally and with rounded snout margin when viewed from above. Gill openings narrow, extending from immediately ventral to posttemporal to immediately ventral to base of pectoral spine. Gill membranes united to, and attached across, isthmus. Bony elements of dorsal surface of head covered with thin skin. Nuchal shield large and terminating posteriorly with two rounded processes on each side. Supracleithral process thin, extending just short of vertical through posteriormost tip of nuchal shield.

Distribution. Known only from the Kyé River drainage (the Kyé River itself is a tributary of the Ntem River) in eastern Equatorial Guinea ( Fig. 13View FIGURE 13). Pappenheim’s (1911) record of M. batesii  from the Benito River drainage may belong to this species, but I was unable to examine the specimens to verify their identity.

Etymology. From the Latin nanus, meaning small, and oculus, meaning eye. In allusion to the relatively small eye. Used as a noun in apposition. 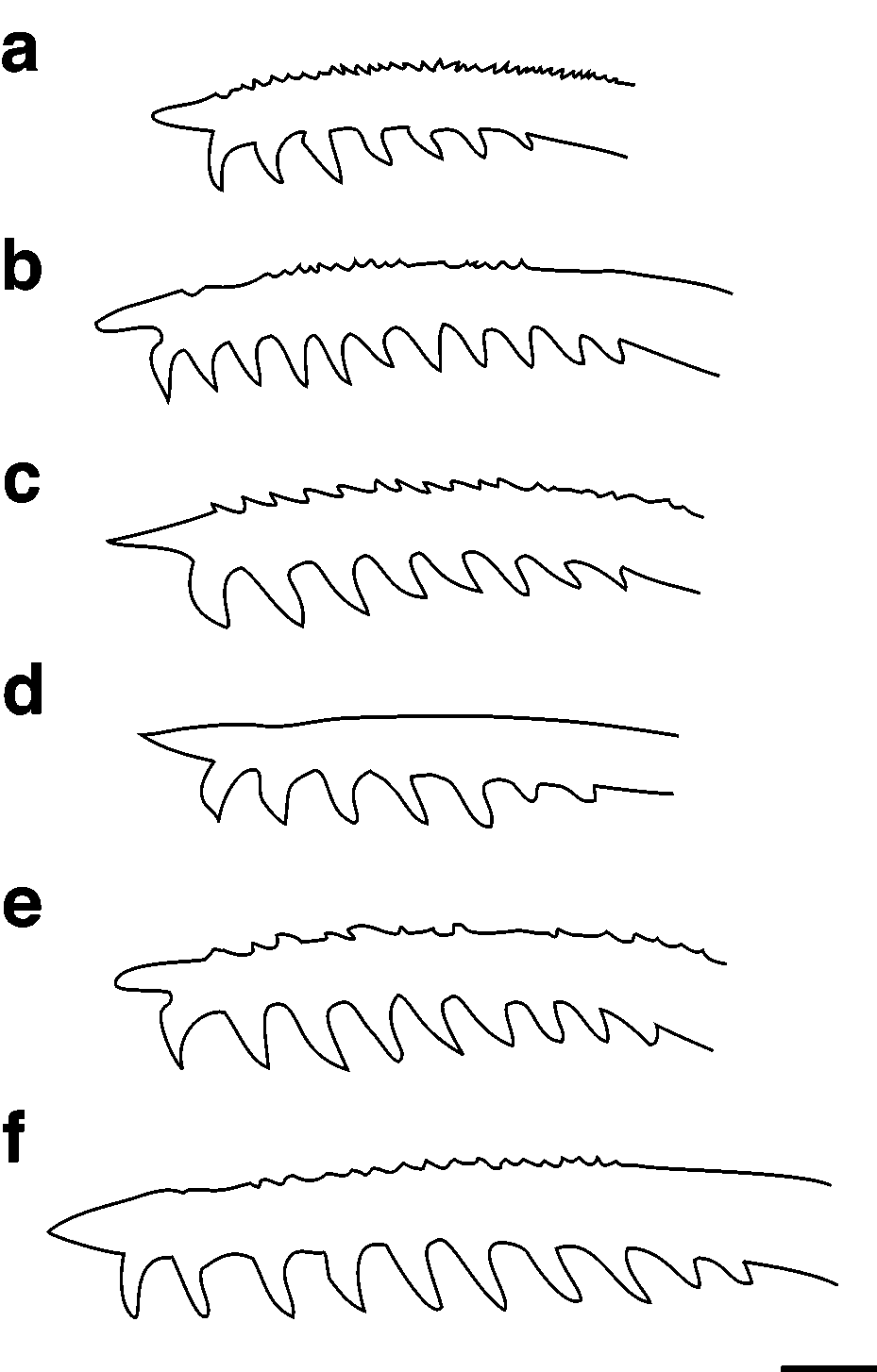 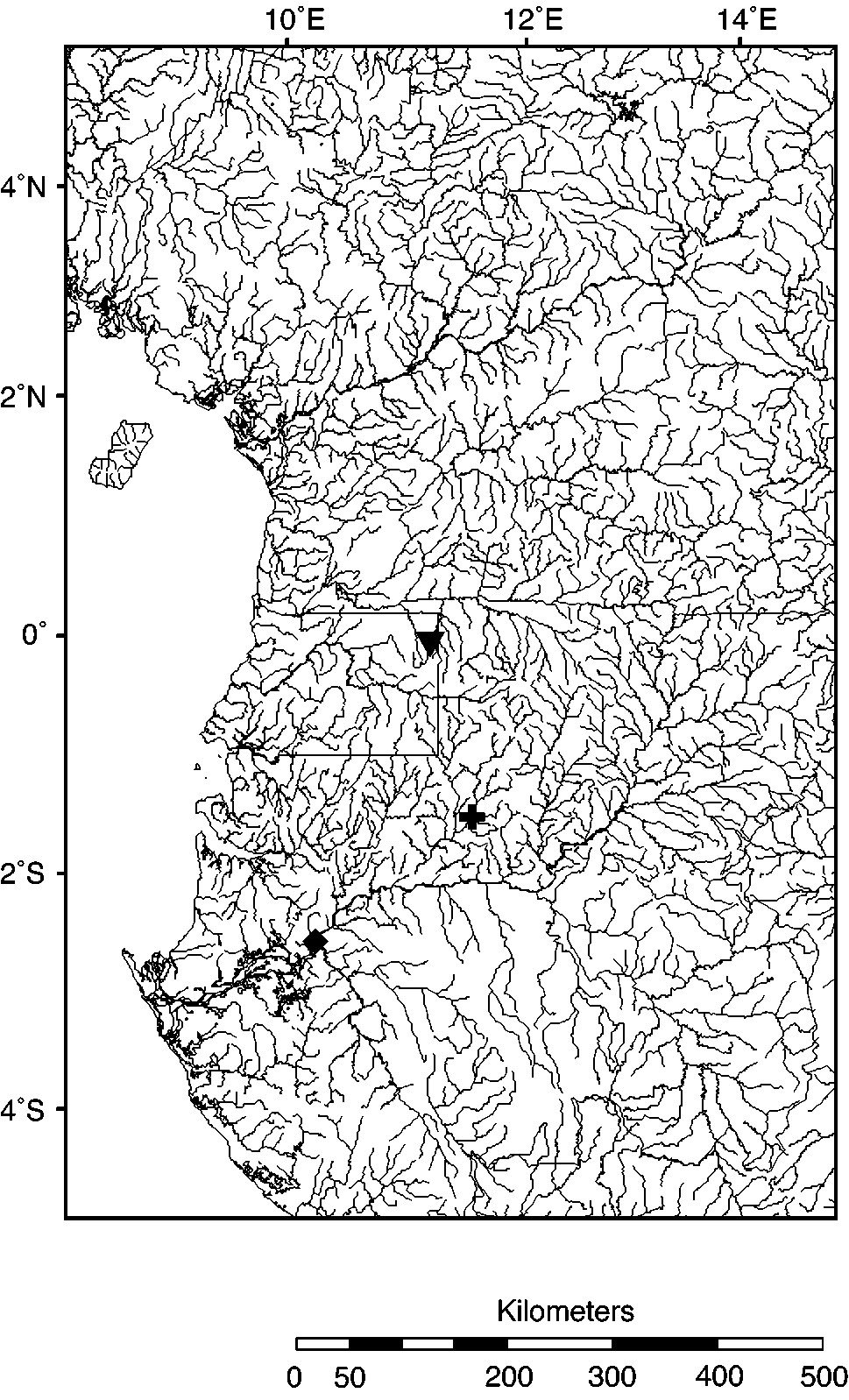