Diagnosis. As with the two previously described species this will key out to couplet 10 in Wood’s 2007 key. It differs from these and related species by the spatulate, confused interstrial setae on the disc and declivity.

Pronotum with two prominent teeth on the anterior margin, with 10–12 teeth on the anterior slope, vestiture of hair-like setae. Summit prominent, but not elevated, about ½ distance from anterior to posterior margins, without posteriorly directed extensions or carina. Disc smooth, shining; punctures deep, separated by greater than their diameters. Vestiture of disc a mixture of hair-like and scale-like setae.

Declivity evenly convex, rounded; interstrial setae longer than on disc, almost as wide as interstriae, setae definitely confused on interstriae 2 and higher. Strial setae similar to those on disc.

Etymology. This species is named for Augusto Bolson Murari, in memoriam, a former master’s student at Universidade Federal de Santa Maria, state of Rio Grande do Sul, and who collected the only known specimen. 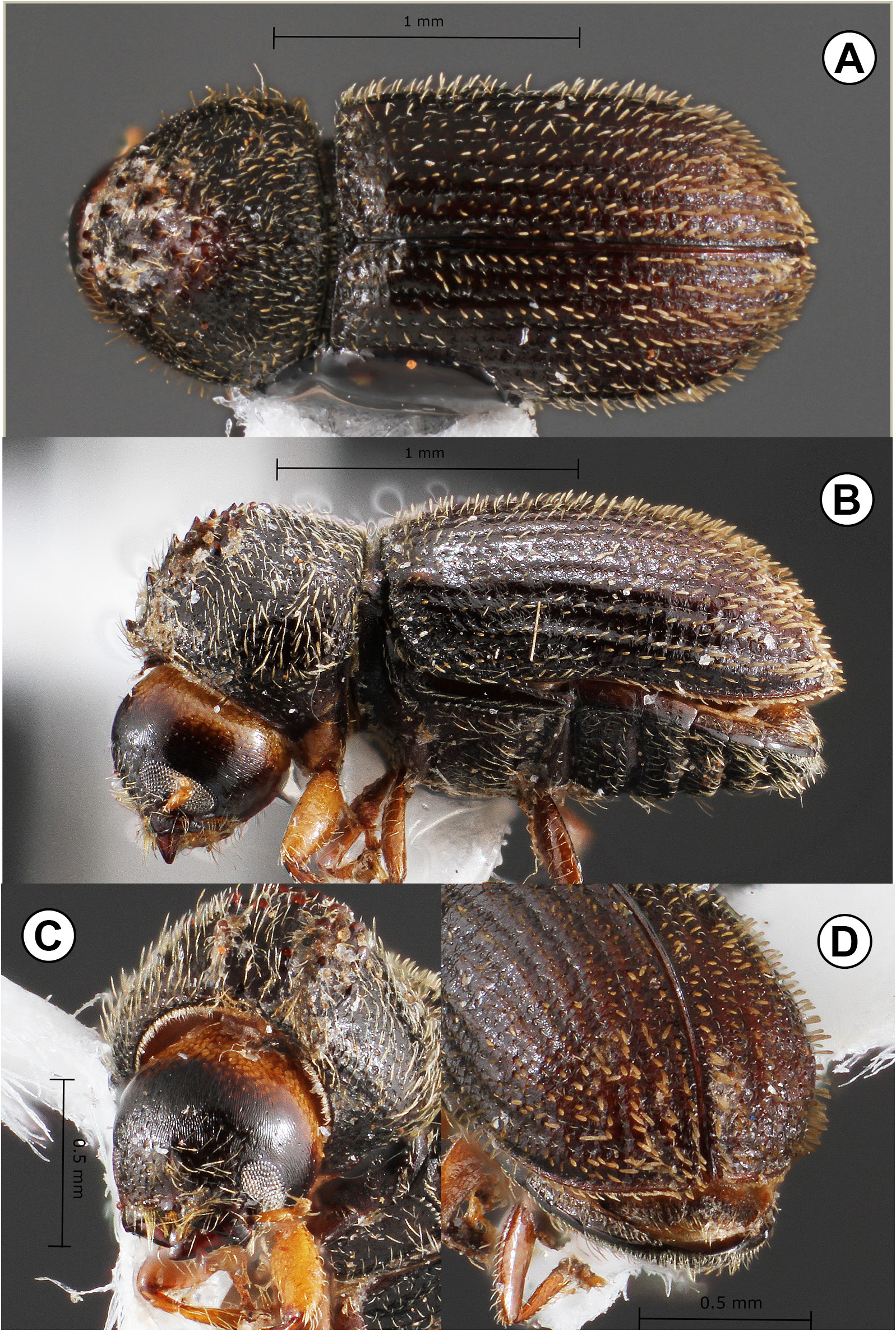