Other material. 1 ♀ (SAR11_12_ MEG96; RMNH.INS.506881), perched by a track through peat swamp forest, Maludam National Park , Betong Division, Sarawak, Malaysia, 7 vii 2012, leg. R.A. Dow, in RMNH. This has been excluded from the type series merely because it was not available for a final check on variation and measurements  .

Etymology. The species is named parvus  , a Latin adjective meaning small, in reference to the small size of the species.

Variation in male paratypes. Aside from small variations in markings, and size variation, there is little variation in the non-teneral males. The basal half of the scape is pale in one of the males from Ulu Sebuyau National Park and the basal two thirds in the other.

Variation in female paratypes. The female from Sri Aman has a slightly lower density of pale spots on the dorsum of the synthorax. Fw Pt only covering half of a second underlying cell in one paratype.

Remarks. The pterostigma is brown or greyish brown in both sexes of P. parvus  but yellow cream in most individuals of P. atomarius  , becoming darker with age as noted by Lieftinck (1950: 42). However in more mature individuals of P. atomarius  examined by the first author the underside of the pterostigma (so the side most visible in unpinned specimens) is brown but the upper side is whitish (compare Figs 25–27View FIGURES 25–28 with Fig. 28View FIGURES 25–28).

The female is associated with the male by reasonable supposition; it has been found in the same locations and habitats as the males and is not that of any other Podolestes  species occurring at these locations.

The holotype male and one of the paratype females are shown in life in Figs 42–45View FIGURES 42–45, the distribution in Fig. 41View FIGURE 41. 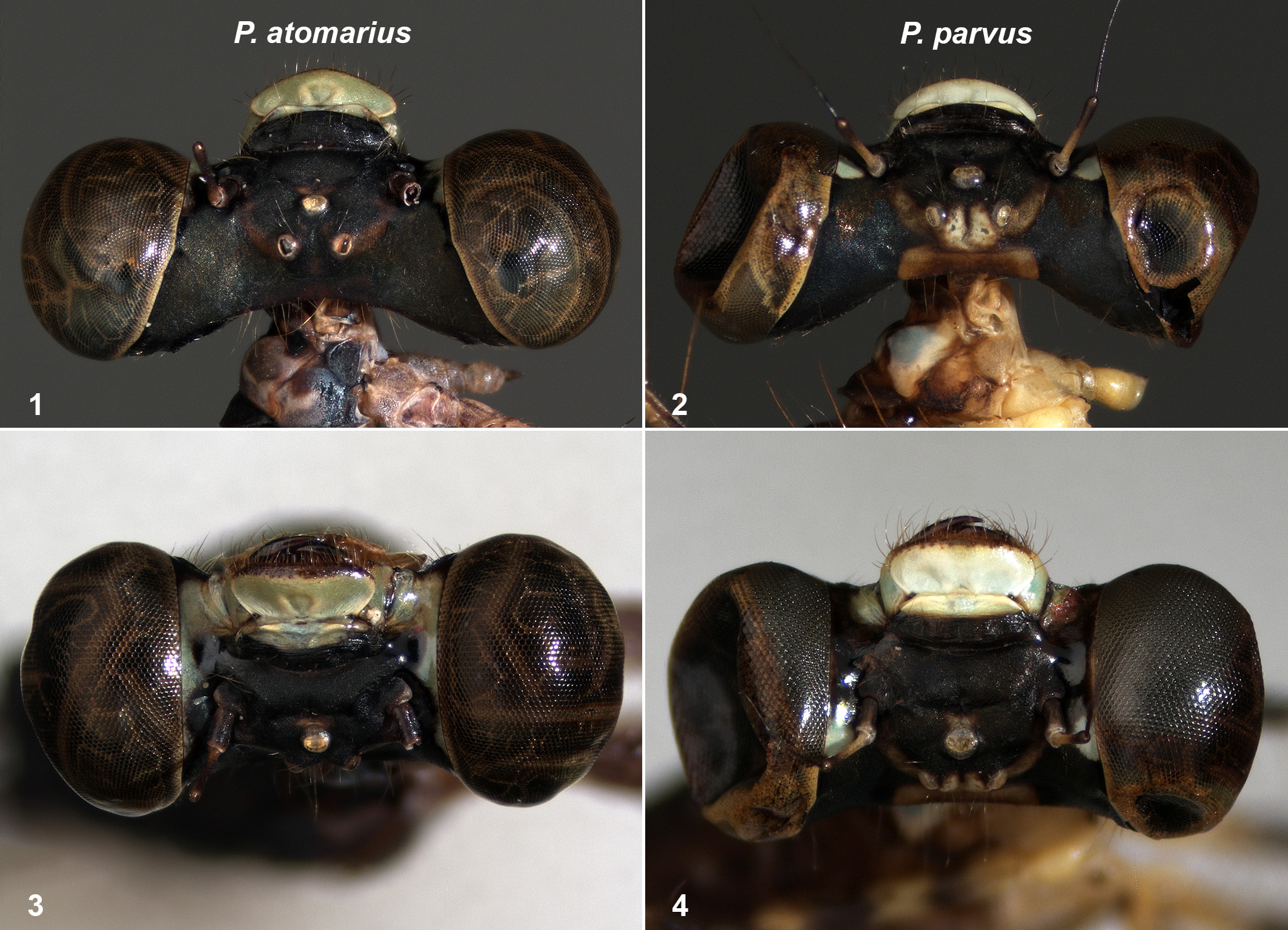 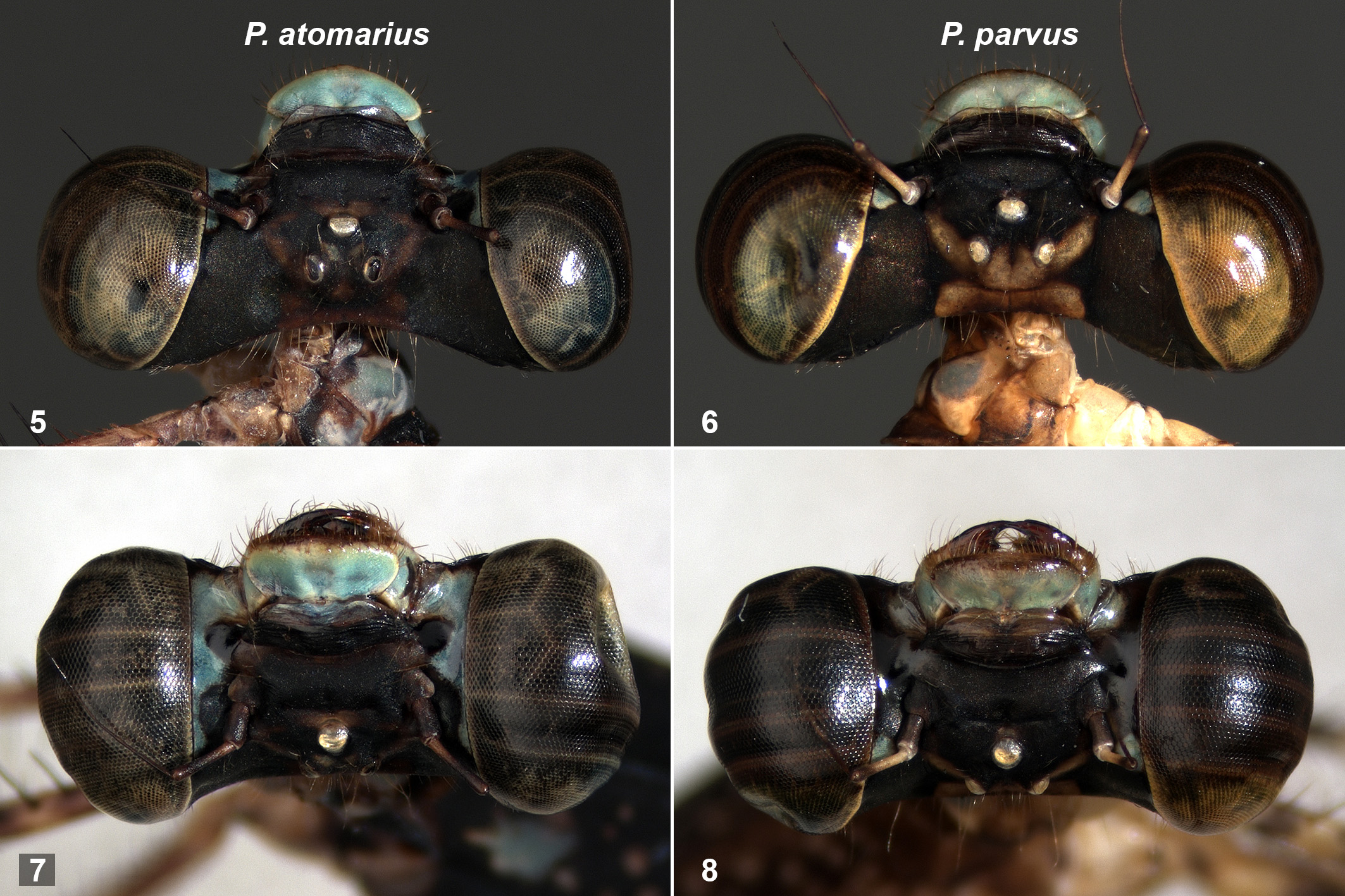