Etymology. The species name is derived from the Latin clinatus   meaning “bent” or “sloped” after the condition of the medial sclerite on the median lobe of the aedeagus.

Distribution. This species is known from the Ducke Reserve in Manaus, state of Amazonas, Brazil and from the extreme south of Venezuela at the foot of Cerro de la Neblina.

Biology. This species was collected from a series of forest pools and riparian areas in northern Brazil (Amazonas) and along whitewater streams in southern Venezuela. 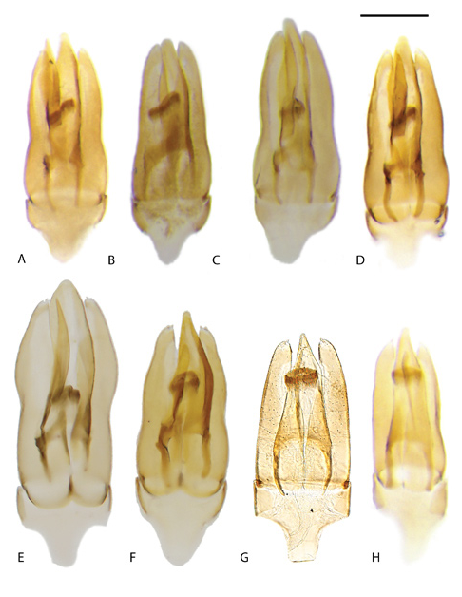