Remarks. This species was described by Baba (1969), but was later synomized with G. spinosorostris  (cf. Baba et al. 2008). However, the examination of the type material from Japan, and a comparison with the topotypic material of G. spinosorostris Dana 1852  from Hawaii (see also Remarks of this latter species) indicates that both species can be distinguished by morphologically and they should be considered as separate species. The two species can be distinguished by the following constant characters:

- The P 1 movable finger has a row of well-developed marginal spines in G. spinosorostris  , whereas this finger is unarmed in G. algae  .

- The posteromedian margin of the abdominal somite 6 is convex in G. spinosorostris  , instead of transverse in G. algae  .

Galathea algae  is also closely related to G. cephyra  n. sp. from New Caledonia and G. e u l i m e n e n. sp. from the western Indian Ocean (see below under Remarks of these species).

No molecular data are available from G. algae  .

Distribution. So far known only from Japan, Tosa Bay, 27 m. 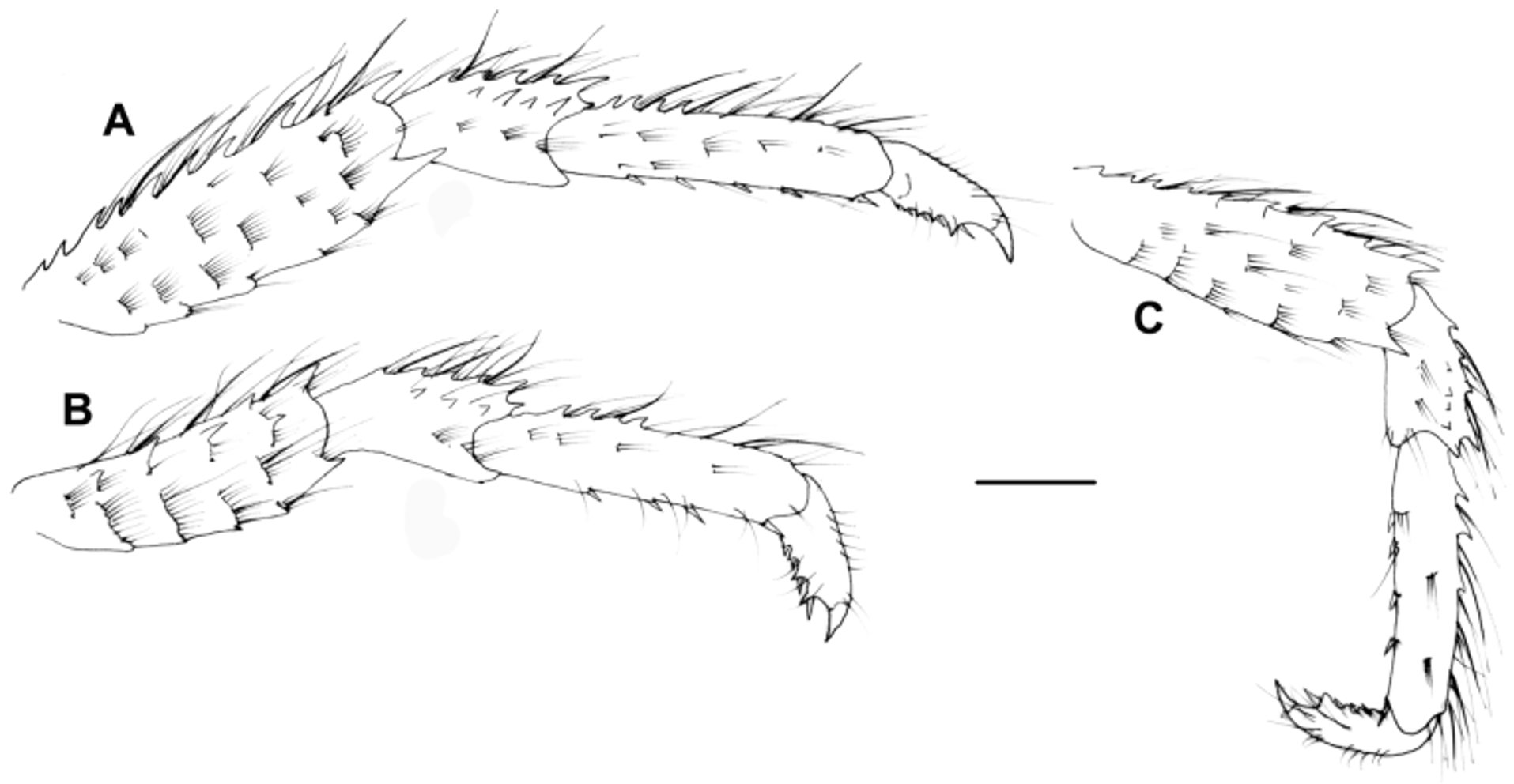